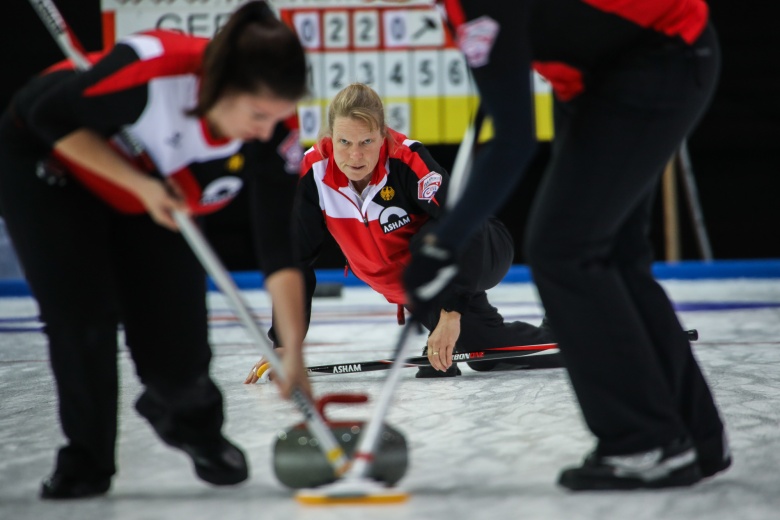 The championship, being held outside of the European zone for the very first time, will run from Saturday 13 October until Saturday 20 October.

The Kelowna Curling Club will welcome teams from 35 of the World Curling Federations 61 Member Associations to the beautiful Okanagan Valley to fight for the world title.

Of the 35 teams, the Chinese Taipei foursome will be making their international mixed curling debut.
The 35 competing Member Associations will be split into four groups. They are:

The World Mixed Curling Championship is an open entry event for all World Curling Federation Member Associations. Each Association can enter one mixed team consisting of two female and two male athletes. Unlike women’s and men’s curling, no alternates are used.

Round-robin play will begin at 08.00 on Saturday 13 October and after 24 sessions will conclude with the final draw at 20.00 on Thursday 18 October.

Semi-final match-ups will take place on Saturday 20 October at 10.00 followed by the gold and bronze medal showdowns at 15.00.

Hosts, Canada, skipped by Michael Anderson, get started against Austria in Group-A action at 12 noon on the opening day of the championship. Defending champions, Scotland will face Belarus in the third session of the day at 16.00 while they look to defend their nations title.

Two-time world champion, Andrea Schoepp of Germany will play fourth on her team in Group-A, while two-time world champion, Irene Schori, from Switzerland will also play third for her team in Group-B. This year’s World Mixed Doubles silver medallists Maria Komarova and Daniil Goriachev from Russia will also compete together in Group-B. Czech Republic’s skip, Lukas Klima, who won bronze at last year’s championship has stepped up to skip a new line-up in Kelowna in Group-C.

All times are Pacific Daylight Time, which is -7 Universal Coordinated Time.