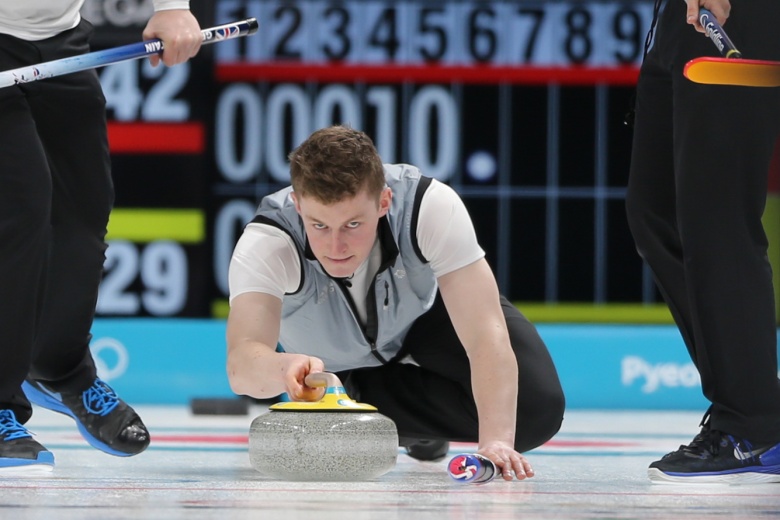 From the Youth Olympic Games to the Olympic Winter Games

Eating dinner next to iconic Olympians never gets old. That’s probably the biggest shock for the three 2012 Youth Olympic Games(YOG) athletes competing at the Olympic Winter Games PyeongChang 2018, in the Republic of Korea. Don’t mind the village, the media, the fans – they’re already used to that.

Great Britain’s third player, Thomas Muirhead, is using his time competing at the YOG in 2012 as a crutch for the big show. At just 22, he feels comfortable being uncomfortable. The Olympic Games are bigger than anything in sport and Muirhead is just fine with that.

Thomas has been a valued resource for his team of Olympic first-timers in their preparations for PyeongChang. “Maybe some of my teammates who never went to the Youth Olympics, some of it is quite new to them. I’ve been talking to my teammates about the facilities in the village, walking through a mixed zone and going to a food hall with all these different athletes.”

Growing up in a family of curing greats, it’s no secret Olympians aren’t made overnight. With Muirhead’s father, Gordon Muirhead and sister, Eve Muirhead, both competing at previous Olympic Winter Games, Thomas has had his sights set on 2018 for a while. Gordon competed in Albertville, France in 1992, where curling was an exhibition sport and Eve has previously competed in Vancouver 2010 and Sochi 2014, the latter of which she won bronze.

“Since I was a wee boy I’ve said I wanted to compete at the main Olympics and try and win a gold medal one day. This has been the Olympics I’ve had in sight, so just being here soaking it all up. You don’t really get a grasp how amazing it is until you’re down at ice level looking up at everyone around. It’s been pretty surreal really.”

Thomas isn’t the only YOG athlete in PyeongChang. For Swedish player Rasmus Wranaa [pictured above left], the YOG was the foundation for his already impressive curling career. Weeks after the Games, Wranaa went on to win silver at the world juniors.

“The experience in Innsbruck was amazing. When you’re so young and get the chance to do something so big it’s almost the start of your big career. So, that was definitely a point where I decided curling is the thing for me,” Wranaa said.

A few years later with that decision in mind, he joined Niklas Edin where he captured two European championship titles and a World Men’s silver. But nothing quite prepared him for the Olympic stage as Innsbruck did.

“Everything is a little bit bigger [here], there is a lot more press, media and stuff like that. So just go along with it and enjoy it seems to be the best idea.”

Italian player Amos Mosaner [pictured above right], the sole YOG medallist competing in PyeongChang, agrees the experience in 2012 left him with few surprises so far. “The experience in Innsbruck helped a lot, especially with fans being loud,” said Mosaner.

Although the two young-guns are playing alongside teammates with Olympic experience, both Mosaner and Wranaa admit they’ve been a bit star-struck at times.

“Seeing the big stars in other sports – that’s cool. Just to sit and eat next to them and stuff like that, then you realise you’re a good sportsman yourself!” said Wranaa.

Who knows, by the end of the week, other Olympians may be star-struck by them, too.