Having lost their semi-final to Norway, Switzerland took the consolation of bronze medal, beating Sweden by 5-4 in what was a tight medal game.

Switzerland opened the scoring with a single in the first end and Sweden responded in the second. Then, after blanking the third, Switzerland scored another single in the fourth, but Sweden nosed ahead in the fifth with two pints for a half-time 3-2 lead.

The second half of the game was also close. Switzerland looked to be in good shape in the ninth. Markus Eggler’s team had four stones in the house and last stone advantage, but Swedish Skip Niklas Edin raised the roof off the building when he played a spectacular quadruple take-out to eventually force Switzerland to blank the end.

In the tenth, Edin was slightly heavy and wide with his own last shot to give the Swiss their chance for glory and their fourth player Ralph Stoeckli nervelessly drew for the second shot needed for victory with his last stone of the tenth end.

Afterwards, a disappointed Edin said, “this is the worst feeling I’ve ever had in my life. I’m really disappointed. We definitely could have won. I really can’t describe it – we should have that bronze medal”.

By contrast, Ralph Stoeckli said, “you want to win a medal, but the feeling is like winning a gold medal”. On his last-stone draw he said, “I was lucky. I didn’t have too much time left, so I couldn’t think too much. I knew to take the same weight as before and it came out”. 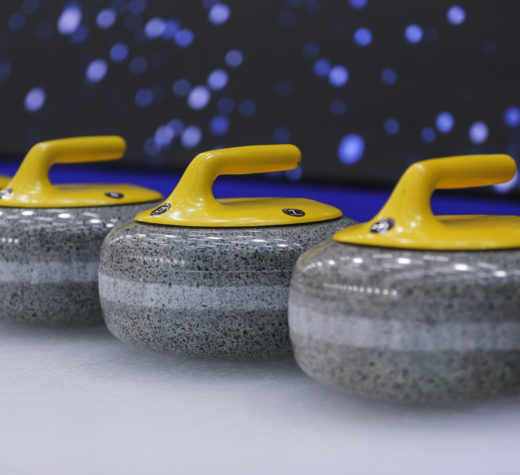