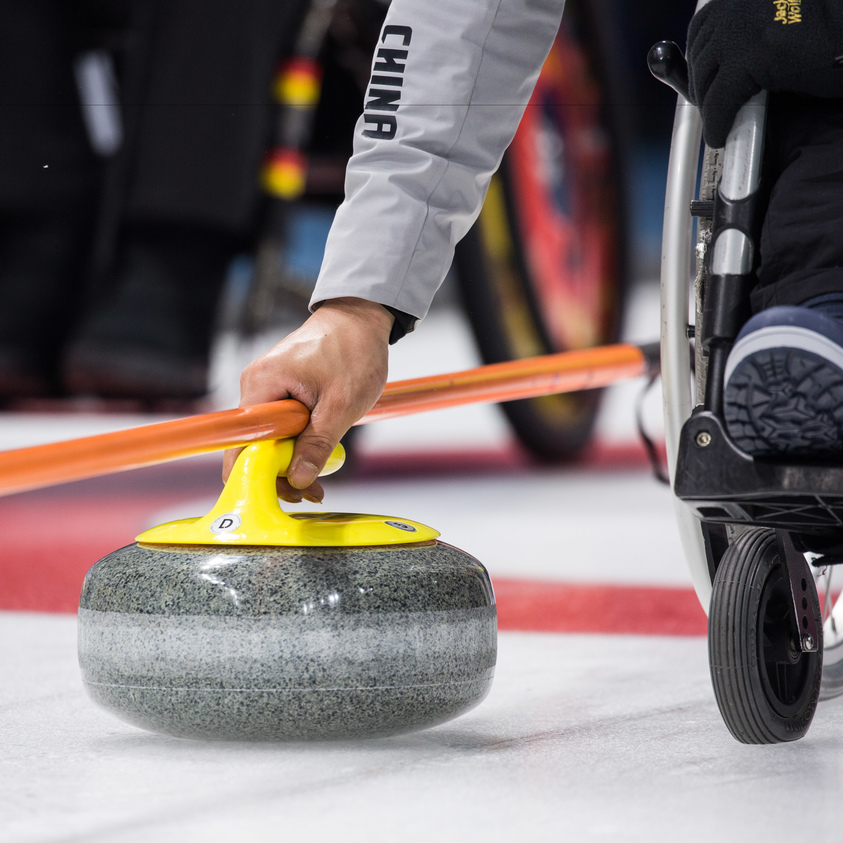 Canada’s debut gold in the fast-growing Paralympic discipline comes after dual fourth-place finishes in 2008 and 2007, and a sixth-place finish in 2005.

“It feels fantastic,” said Armstrong. “It’s been a big learning curve, and this is my first big event of consequence. We struggled early, and as the week went on and on we got stronger and stronger. The team played great.”

Armstrong, a dentist from nearby Richmond, took advantage of shaky opening stones from Sweden to post a 3-0 lead after three ends.

In the fourth end, Canada built a solid end and counted two with Armstrong’s final throw still to come. After debating a double-takeout for five – as opposed to a draw for three – the six-time Brier competitor tried a tap for four, but missed.

But it was all Canada the rest of the way, with Sweden repeatedly scrambling to stay in the game. In the sixth end, Jungnell made a nervy come-around tap for one against five Canadian counters.

“Obviously it is very great for us to go this far,” said Jungnell. “One difference (today) is that Canada played really, really well.”

In the bronze medal game, Germany’s Jens Jaeger, the round robin leader, recovered from two earlier playoff losses to beat Augusto Perez of the United States by a 6-4 count.

In the eighth end, Jaeger appeared to miss his final runback attempt but his stone took an alternative angle and careened off the U.S. counter, leaving Germany with a score of two and the win.

Jaeger celebrated long and hard before collapsing in tears in the arms of his teammates. It was Germany’s first-ever podium finish, following a 13th-place finish at the 2005 worlds.

Team USA, which finished fourth, won bronze at the 2008 Worlds in Sursee, Switzerland, marking the first time that country made a podium appearance.

With the conclusion of the 2009 WWhCC, three years of qualifying competition for the 2010 Paralympic Winter Games has come to an end.

Canada, as host nation, will receive an automatic entry.

The remaining nine places will be offered to the nine National Paralympic Committees of the Member Associations of the World Curling Federation who have gained the most qualifying points from the World Wheelchair Curling Championships held in 2007, 2008 and 2009.