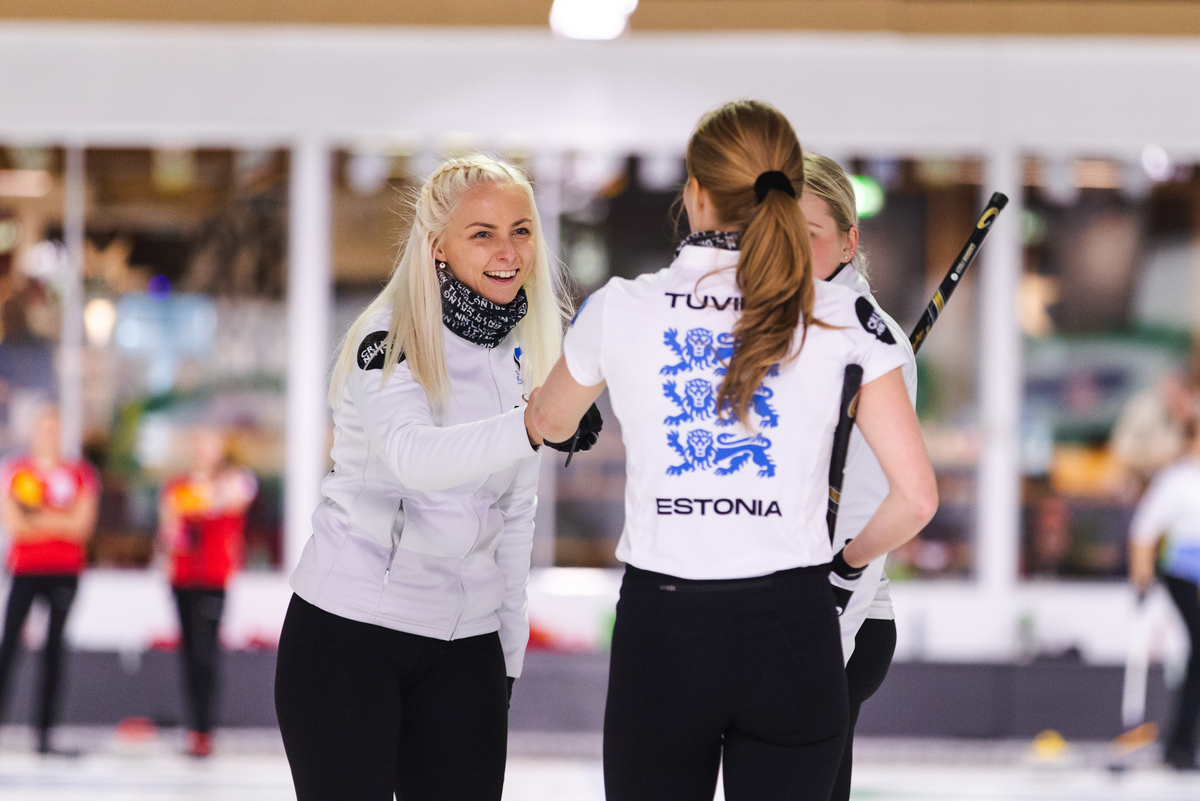 Home / News / Finals in the B-Division

With promotion to the A-Division already assured for both teams, Netherlands men went 5-0 up after three ends in their final against Finland on Saturday morning.

They went on to win the final by 11-6 and take the gold medals.

In the bronze medal game, France beat Latvia by 10-3.

The women’s gold final was between Czech Republic and Estonia. Finishing with a score of four in the eighth end, Estonia won by 10-3. Both these teams will play in next season’s A-Division.

In the women’s bronze game, Lithuania beat Slovenia by 10-6.