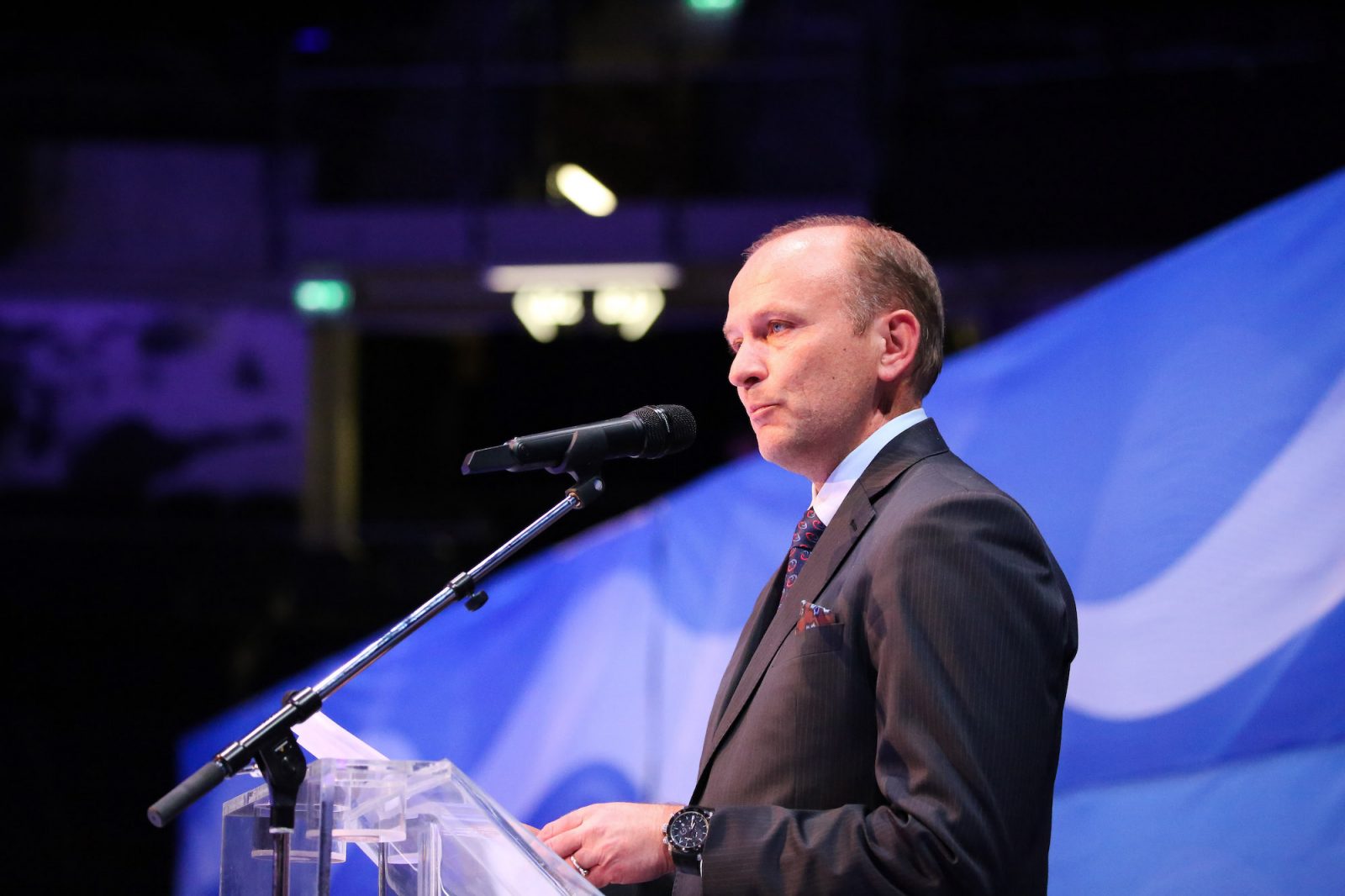 Bent Ånund Ramsfjell, World Curling Federation Vice-President (Europe), has announced his resignation from the Federation’s Board.

Ramsfjell was the founding Chair of the World Curling Federation Athlete Commission. He chaired the commission from its inception in 2013 until 2014 and acted as Board Liaison for the commission until 2017.

Ramsfjell was one of four candidates seeking to replace Kate Caithness CBE as the President of the World Curling Federation in the Presidential elections at the Annual General Assembly, held during the 11th World Curling Congress in Lausanne, Switzerland.

“I truly believe in and respect democracy and at the Annual General Assembly we saw democracy in action. However, through the decisions taken, the membership clearly indicated they want to go in a different direction than the one I had envisaged for our sport. With that outcome I firmly believe it was the appropriate time to step aside and pass the baton to someone else, allowing the Federation to move forward.

“I have enjoyed my ten years with the Federation as its Vice-President and want to express my sincere and heartfelt thanks to all the of people I’ve met and worked with along the way. I leave the Board with my respect, dignity, and integrity intact, and with only the best wishes for the Federation in the future.

“Despite my time with the Federation coming to an end, I will remain an engaged and enthusiastic member of the curling family. I wish my good friend Beau Welling all the best in his Presidential endeavours moving the sport forward.”

World Curling Federation President Beau Welling said, “I’m disappointed that one of my first acts as President of the World Curling Federation was to accept the resignation of my good friend Bent. However, I can understand his desire to step away and look for a new challenge. The curling family has diverse views and ultimately the membership decided to go in a direction that Bent did not feel matched his own desires.

“No matter what the future brings for Bent, he leaves with my greatest respect. All of us on the Board have valued his perspective and I look forward to continuing to seek out his opinion from time to time. He truly is a remarkable person and, though I understand his decision, I am sorry to see him go.”