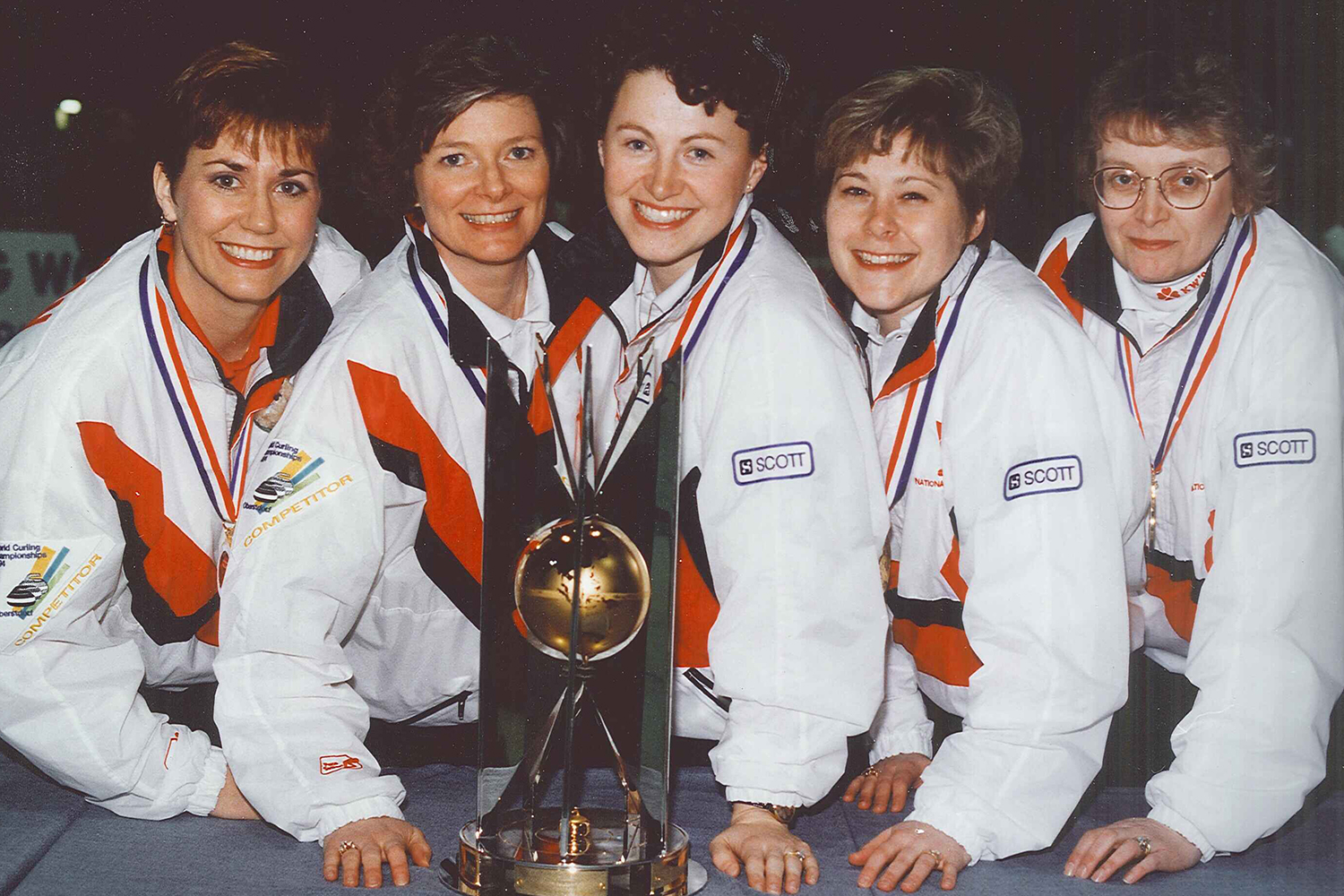 World Curling Federation Kate Caithness said, “I would like to offer my sincere congratulations to our World Curling Hall of Fame 2022 inductees. Their contribution to our sport both on the ice and behind the scenes to develop curling cannot be underestimated.

“Team Schmirler were our first ever women’s Olympic champions as well as multiple world champions. Ian Tetley winning three world titles with three different teams is a fantastic achievement. Finally, the Becker family is synonymous with curling in New Zealand largely due to the remarkable work of Peter Becker throughout the years.

“All of our 2022 inductees are worthy recipients of the Freytag Award, which is the highest honour we can bestow in our sport.”

They won their first world championship in 1993 in Geneva, Switzerland. They then defended their title in 1994 in Oberstdorf, Germany. Their third world title came in 1997 in Bern, Switzerland when they defeated Norway’s Dordi Nordby in the Gold Medal final.

Team Schmirler then made history by winning the first ever women’s Olympic gold medals at the Nagano 1998 Olympic Winter Games. They would finish the Olympic Games with an 8-1 win-loss record, defeating Denmark in the Gold Medal final.

The team were inducted into the Canadian Curling Hall of Fame in 1999.

Tetley joined Team Werenich, also as a second, and won his second world title in Västerås, Sweden in 1990.

Tetley’s third world title came in 1998 as the second player of Team Middaugh in Kamloops, Canada when they defeated Sweden’s Peja Lindholm in the Gold Medal final.

Tetley secured the gold medals in every world championship he competed and compiled a 27-6 win-loss record throughout his international career.

Tetley was inducted into Canadian Curling Hall of Fame in 1999.

Peter Becker has been involved in every aspect of curling in New Zealand throughout his career.

Becker skipped the first national men’s team from New Zealand to compete at the Pacific-Asia Curling Championships in Sagamihara, Japan in 1991 and would go on to represent New Zealand at these championships six times, with the latest being in 2018 as an alternate.

He has acted as a curling coach, manager, organiser, and team co-selector for a range of competitions, including the Olympic Winter Games, women’s and men’s national, junior sides. He was also one of the main drivers in taking a New Zealand team to the Youth Olympic Games.

He was the Secretary of the New Zealand Curling Association from 1995 until 2009 and was also their representative to the World Curling Federation and New Zealand Olympic Committee.

Becker was also a key figure in the development of the Naseby Indoor Curling Rink which opened in 2005, and was the first dedicated curling facility in the Southern Hemisphere.