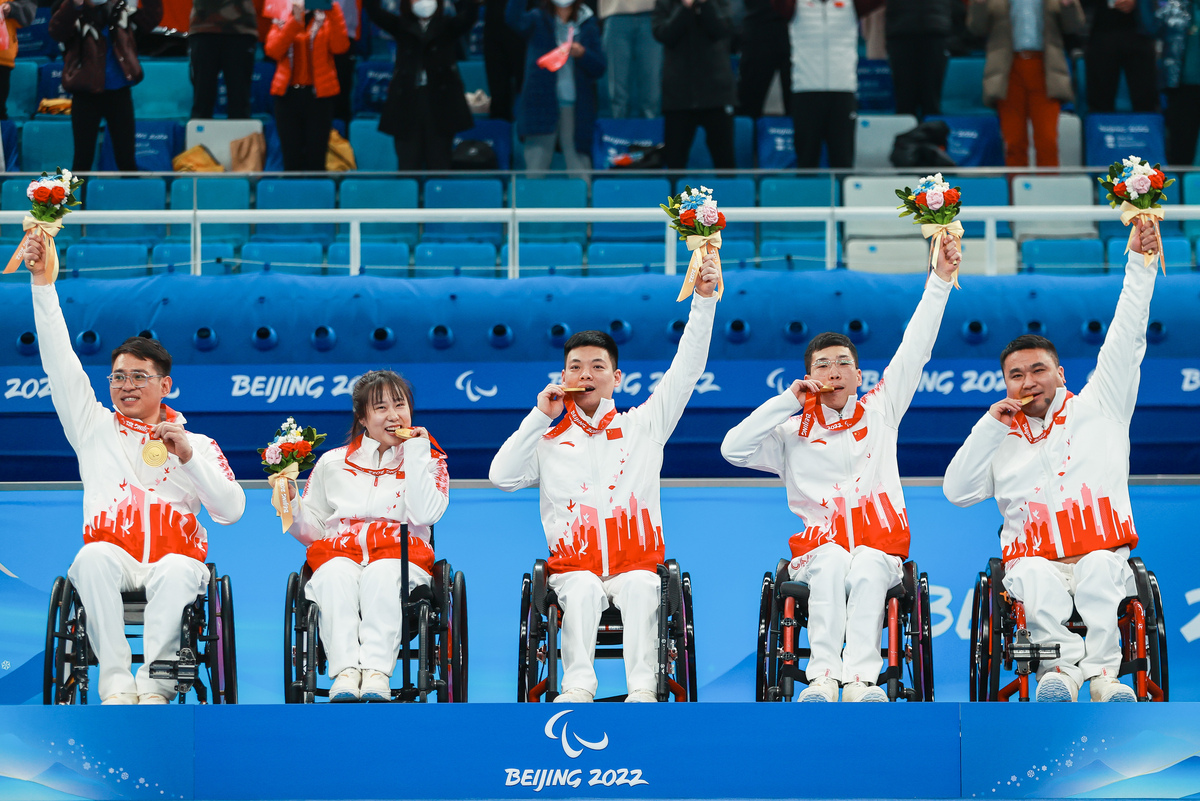 The game was the re-match of the Kuntai World Wheelchair Curling Championship 2021 final that took place at the same venue and saw China win by 5-3.

After blanking the first end, China took a single in the second with a precise draw by their skip Wang Haitao.

In the third end, Sweden scored one point back after a hit-and-stay by skip Viljo Pettersson-Dahl.

Sweden stole a single in the fourth end, when Wang’s shooter rolled out after his take-out and left one Swedish stone at the edge of the 12-foot.

Sweden was leading the game by 2-1 at the half-time break.

The game took a turn in the fifth end, when China scored four points mostly due to their precise draw play. They could have scored five, but Wang came up light with his last draw attempt.

China were leading the game by 5-2, playing the sixth end. In that end, China forced Sweden’s Pettersson-Dahl to take a single point, which he did, with a precise draw.

The reigning champions led the game by 8-3 after seven ends, and it was enough for Sweden to concede defeat.

This victory means a second Paralympic title for skip Wang Haitao and third player Chen Jianxin, while the other team members claimed their first gold medals at their Paralympic debut.

After their victory, Chinese skip Wang Haitao said, “I’m very happy and very thrilled. In the fifth end we scored four and that just encouraged the whole team. The crowd greatly encouraged us.”

Comparing his two Paralympic gold medal games, he said, “Four years ago we didn’t have too much pressure, but today we were playing at home, so it just put us under a lot of pressure, but luckily, we made it.”

After the game, Sweden’s lead, Kristina Ulander said, “It has been a fantastic week. I’m so satisfied. I’m happy. I’m very proud to win a silver today. It was a close game, but China was stronger today.”

Swedish skip Viljo Pettersson-Dahl elaborated on his Paralympic experience in Beijing, saying “Overall, I think we are really satisfied, but it doesn’t feel that way right now. But at the last Paralympics we ended up tenth, and now we are second, so we made quite a journey. But now it’s hard to feel satisfied. I think I will do that in a couple of weeks maybe.”