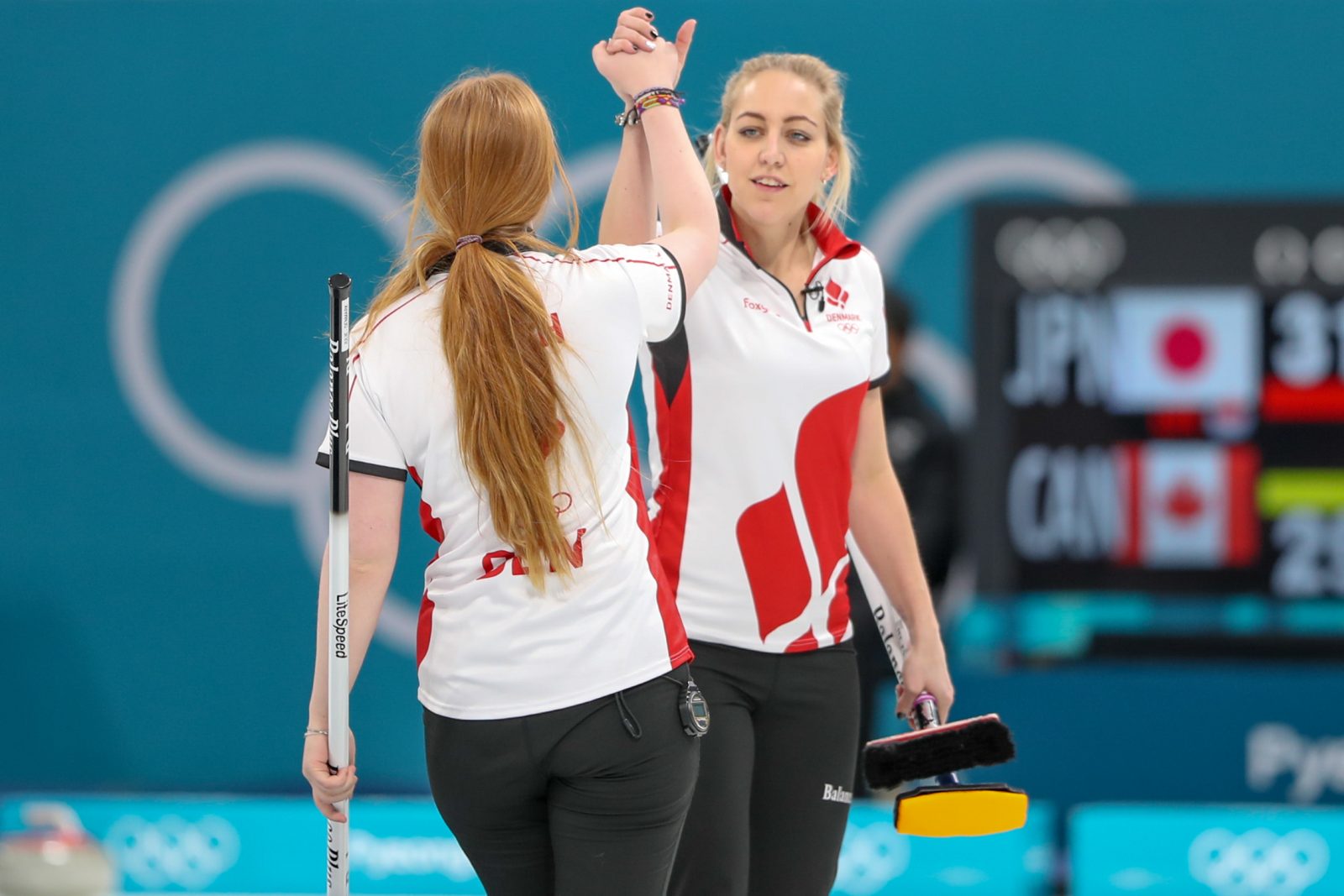 Denmark’s Denise Dupont has a trio of Olympic Games appearances on her resumé but is eager to finally secure that elusive medal. The Copenhagen-born teacher is preparing to jet-off to Beijing on 31 January for a fourth crusade at glory.

Denise, who comes from a family of curlers including her sister and teammate Madeleine, as well as her brother and former mixed doubles partner, Oliver, began her Olympic journey back in 2006 in Turin, Italy, under the tutelage of Dorthe Holm – a silver medallist at the 1998 Games in Nagano.

In 2006 Denise played third under Holm as the rink finished with a 2-7 record, but despite the results on the ice, she praised the leadership of her former skip.

“Dorthe was such a calm player, and I really learned a lot playing with her, for example she taught me to just enjoy the game of curling.”

Several curlers have pointed to their experience off the ice during the Games as the most memorable part of their Olympics but for Denmark, and Denise, a political row in 2006 between their country and parts of the Middle East impacted on their stay in Italy.

“My biggest memory from that time was that Denmark had a conflict with the Middle East due to a Danish newspaper’s cartoons, and therefore there were always bodyguards around us.

“No matter what we were going to do, we had to have bodyguards with us.”

Four years later in Vancouver, Denise, alongside her sister Madeleine, formed part of Angelina Jensen’s rink at the Games.

The team fell to a 1-5 start in the round robin before wins against Germany, Great Britain and Japan earned them a fifth-place finish – just one place away from semi-final qualification.

“We had our opportunities in that tournament,” she said, “there were little things that did not go our way.

“Unfortunately, we did not achieve our goal which was to get a medal, and although the Olympics were a fantastic experience, we were also disappointed not to have achieved our goals.”

However, there was one more positive for Denise to take from the Games as she developed an understanding for the mental side of high-level sports competition.

She added: “It was the first time that we had a close collaboration with the sports organisation Team Denmark and their sports psychologists. They really taught us a lot and gave us a really good insight into the world of psychology.”

After watching the rink led by Lene Nielsen achieve Olympic qualification in 2014, Denise and her rink – now skipped by her sister – returned to the pinnacle of winter sports in PyeongChang in 2018.

Unfortunately, a 1-8 record for the Danish quartet saw them drop to the foot of the round-robin table – but despite the on-ice disappointment, the 2018 Games comprise one of Denise’s most treasured memories.

“The 2018 Olympics is one of my favourite moments of curling. I know we ended up last, but the team was amazing. We had such a good time together on and off the ice. The whole experience was just really good,” says said.

When questioned on whether there had been any sibling rivalry between herself and Madeleine over the years, Denise refuted that.

She explained: “There has never been any competition between Madde and me. She’s always been a skipper, and I like sweeping the best. So, it has fit together perfectly. And we never play on teams against each other.”

Denmark qualified for the 2022 Olympic Games with a stunning performance in the round robin of the World Women’s Championship 2021 in Calgary.

A 1-4 record after five round-robin games saw the Danish rink staring down the barrel of a December trip to the Netherlands to take part in the Olympic Qualifying Event, but seven wins out of their next eight draws secured their Beijing berth.

“It was really nice to prove to ourselves that even though we were behind and had our backs to the wall, we stood together as a team.”

One moment of history – that can now be looked back on in jest – was the seventh end against Switzerland in the round robin. With the Swiss leading by a point, Denmark suffered the infamy of giving up the first eight-ender in world championship history.

“Coming back from the eight-ender really showed how strong a team we are.

“Even though it was stupid of us to give it away, in the end we could ‘make fun’ of it, and still learn from our mistakes without beating ourselves up over it.”

As she prepares to enter her fourth Olympic tournament, Denise looked back on her first Olympic journey back in 2006 with the following advice for her 21-year-old self – which would be wise for any Olympic debutant to adopt:

“Enjoy it. Let it be worth all those hours of training.

“You will sacrifice a lot like social activities, friends, parties, family etc. So be in the moment, and make sure you would not have done anything different afterwards.

“It is not certain that you will have the opportunity to experience an Olympics again.”