United States and Korea locked in Group B top spot 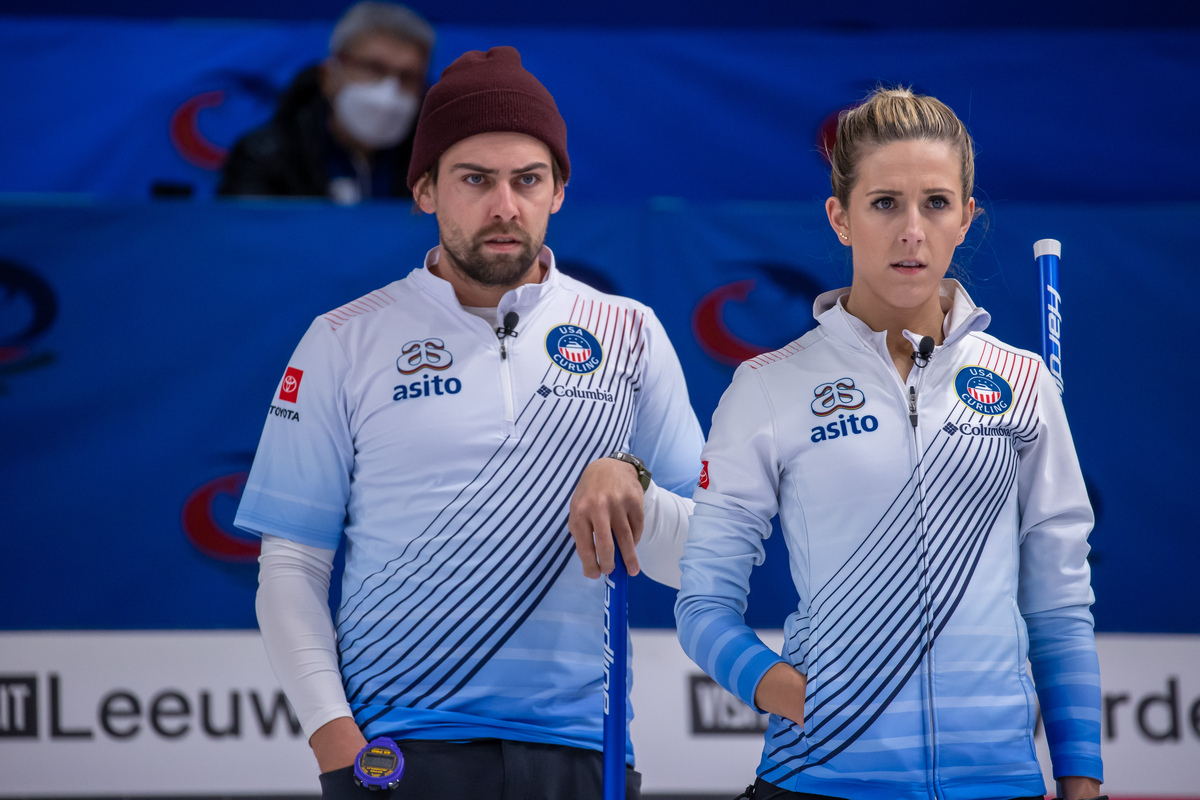 With Group B table-toppers Korea sitting out the seventh session of round-robin play on Monday evening, United States took the chance to join them at the top of the standings with a 7-5 win against Finland. In other games, Estonia recorded their first win so far, beating Japan 8-2, while Latvia had their second win over New Zealand by 9-0 in just six ends.

Vicky Persinger, United States’ female player, opened their account with a draw for one point in the first end. Finland then handed United States a further point steal but levelled the game at 2-2 when Oona Kauste had an open draw for two in the third end.

United States then scored two in the fifth end and made a power play break-through in the seventh, scoring three points for a 7-4 lead. Finland had their power play in the eighth end but when they could only score one point, United States won by 7-5.

After this win that puts her team into joint top with Korea, United States’ Persinger said, “I was pretty brutal with my first rocks – didn’t make one till the last end. They played very well, and we had some unfortunate breaks. Then we got what we needed in the power play.”

Her partner Chris Plys added, “We just played a little bit of safety [in the eighth end] and it worked out. I felt I was throwing the rock better in the second half of that game, so we just need to build on that.”

Estonia faced Japan in this session and in the first end, Japan’s Matsumura Chiaki wrecked on a front stone to give Estonia a steal of two. The teams swapped singles in ends two and three. Then, in the fourth, Matsumura could not remove one Estonian stone and gave up a steal  of one for a 4-1 Estonian lead at the break.

Japan scored one point in the fifth end to reduce Estonia’s lead to 4-2. Then, in the sixth, Estonia’s Marie Kaldvee played a hit to score two points and lead by 6-2. Japan gave up another steal of two in the seventh end to give Estonia their first win, by 8-2.

After this game, Estonia’s Kaldvee said, “Obviously it feels great to get our first win because we’ve been searching for it from day one. It’s good to get that out of the way and hopefully we can continue with the wins.”

Her partner Harri Lill added, “We’ve been struggling since the beginning of the event, so we just need to raise it a little bit and step up a bit more.”

The third game of the session, between Latvia and New Zealand was all one-way traffic.

Latvia opened with a score of two, then had steals for the rest of the game, winning 9-0 after six ends. This was a second win for Latvia, while New Zealand remain winless, with three defeats.