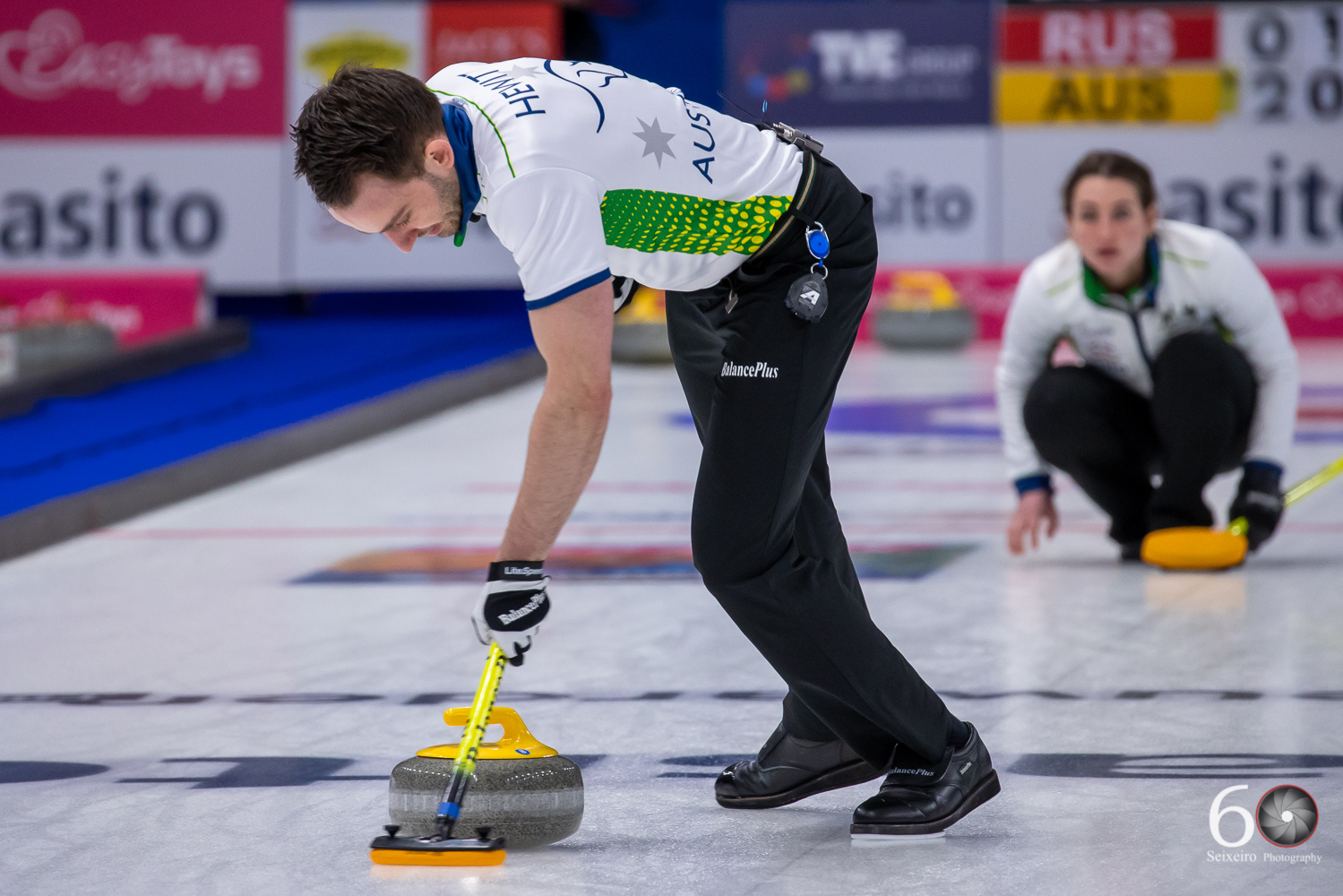 Australia beat Russia by 8-6 in the tenth session of round-robin play at the OQE2021 to become the first team from Group A to qualify for Thursday’s play-off games. Earlier in the day, both Korea and United States won their games to qualify from Group B.

In the first end of their game against Russia, Australia’s Tahli Gill just got her last draw around a front guard to open the scoring with two points. In the second end, Russia could only score one point with a hit-and-stay by Anna Sidorova and in the third end, Gill missed her attempt to score three and had to settle for just two points and a 4-1 lead. Russia scored two in the fourth end with a gentle tap around the button by Sidorova to give Australia a 4-3 lead at the break.

In the fifth end, Gill just brushed a front guard with her last shot and this handed Russia a steal of three and the lead, 6-4. Australia then drew level in the sixth end with a draw for two by Gill and then a single steal in the seventh gave them a 7-6 lead. In the eighth, Russia’s Sidorova missed a challenging raise take-out, giving Australia another single steal and the 8-6 win. This is a fourth victory for the Aussies that guarantees their place in the play-offs.

Afterwards, Australia’s Dean Hewitt said, “We had to make a couple of freezes in that last end but overall, we’re happy with that. We’ve had a few battles and now we just need to sharpen up on a couple of things, and go back to the drawing board for tomorrow.”

Elsewhere in this session, Germany scored two in the first end against Turkey and then had steals in the next five ends, to win by 7-0 and keep their play-off hopes alive.

After this game, which was their third win so far, Germany’s Pia-Lisa Schoell said, “We played our best game so far, I think. We figured out the ice really well.” Her partner Klaudius Harsch added, “We’ve had a good day and we have a chance tomorrow, that’s all we can ask for.”

Denmark played Spain in the third game of this session and found themselves 9-0 ahead at the fourth-end break. Spain managed to put single points on the board in each of the fifth, sixth and seventh ends to reduce Denmark’s lead, but conceded the game at 9-3 to Denmark.

Hungary sat out this session.