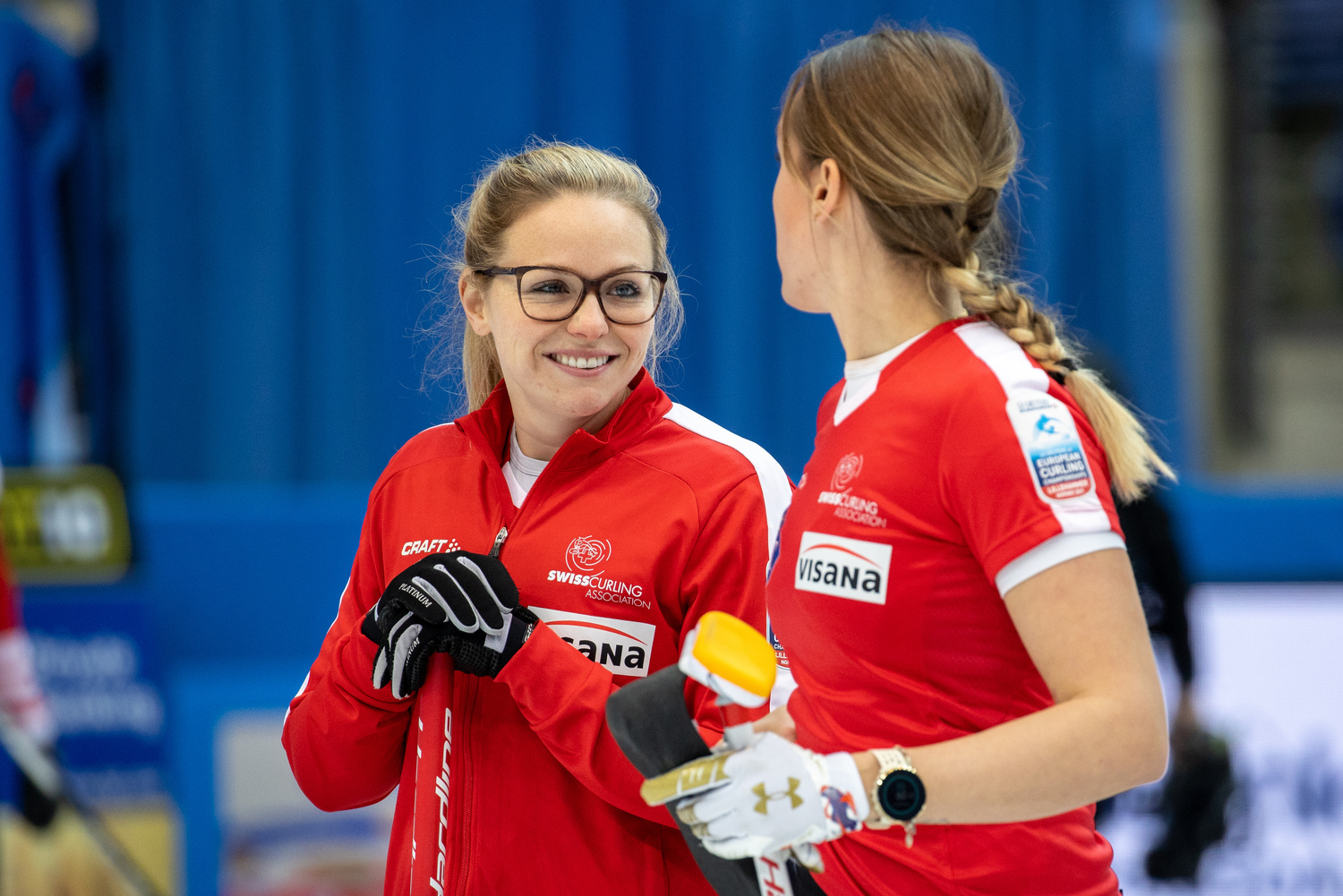 With only four play-off places available, Germany, Russia, Switzerland and Sweden trail Scotland in the rankings with five wins and two losses as the round-robin stage approaches its end.

Switzerland defeated Denmark, by 8-3 in this session to ensure they are in the play-off hunt at the end of the week.

They opened the game with a score of two points in the first end when their fourth player Alina Paetz hit out a Danish stone in the house.

In the sixth end, with Switzerland holding a 4-2 lead, Paetz played a well-judged draw into the house to score two more points and take a 6-2 lead on the way to their 8-3 win.

Estonia never recovered from that blow and Sweden eventually won by 7-4.

Russia are also in joint second place, following their 7-5 win over Italy.

The Russian’s scored two points in the first end, before Italy’s skip Stefania Constantini drew her last stone of the second end into the four-foot ring to score two points to level the game at 2-2.

Italy had a 5-4 lead after five ends but in the sixth end, Russia skip Alina Kovaleva hit out an Italian stone to score three points and give her team a 7-5 lead.

Italy then blanked the next three ends before Russia ran them out of stones in the tenth end for a 7-5 win.

After the game, Kovaleva said, “It was tough when we gave up a steal in the fifth, but we had a good shot for three — the key shot — and it was easier after that. We still have two more games that we need to win and then we can breathe out a bit, and return with new energy for new games.”

The fourth team in joint second place are Germany. They were up against Turkey and, in the fourth end, with Turkey leading by 3-2, Germany’s skip Daniela Jentsch hit out a Turkey stone to score two points and take a 4-3 lead.

A steal of one point in the seventh end by Germany, gave them a 6-4 lead, then in the tenth end, Turkey’s skip Dilsat Yildiz, was forced to attempt a weighted double take-out but got the angles wrong, giving up a another steal of one point and giving Germany a win, by 9-6.

After the game Daniela Jentsch said, “That was exciting. It was pressure on… all game. We had so much trouble, really fighting against everything they put at us. It was just a battle out there. We made some great shots at the right moments, and so did they, so it was a close game, and I was happy we could win this one.”

Table-toppers Scotland had lost their unbeaten record in their morning game against Italy, but they bounced back against Czech Republic in the evening’s session.

After blanking the first end, Scotland skip Eve Muirhead, played a hit in the second end to score two points, although she was disappointed that her shooter rolled too far to count three.

Scotland then stole a single point in the third end, followed by another steal in the fourth end, this time for two points.

A score of three points in the sixth end, then another steal of a single point in the seventh put the game beyond Czech Republic, who conceded the game with the Scots winning, by 9-1.

Afterwards, Muirhead said, “That was a great bounce-back. We took a lot from [the Italy] game, and we came back really strong in the second half, and took that into that game there.”

Muirhead added, “We really did come out firing from the first end. To bounce back like that is pretty impressive, and I think it shows our determination to compete. That game was important for our momentum. Our stone placement was much better there, I’m really pleased to get back on the winning streak.”

The Scots now sit on six wins and one loss, within touching distance of a place in the weekend play-off games.