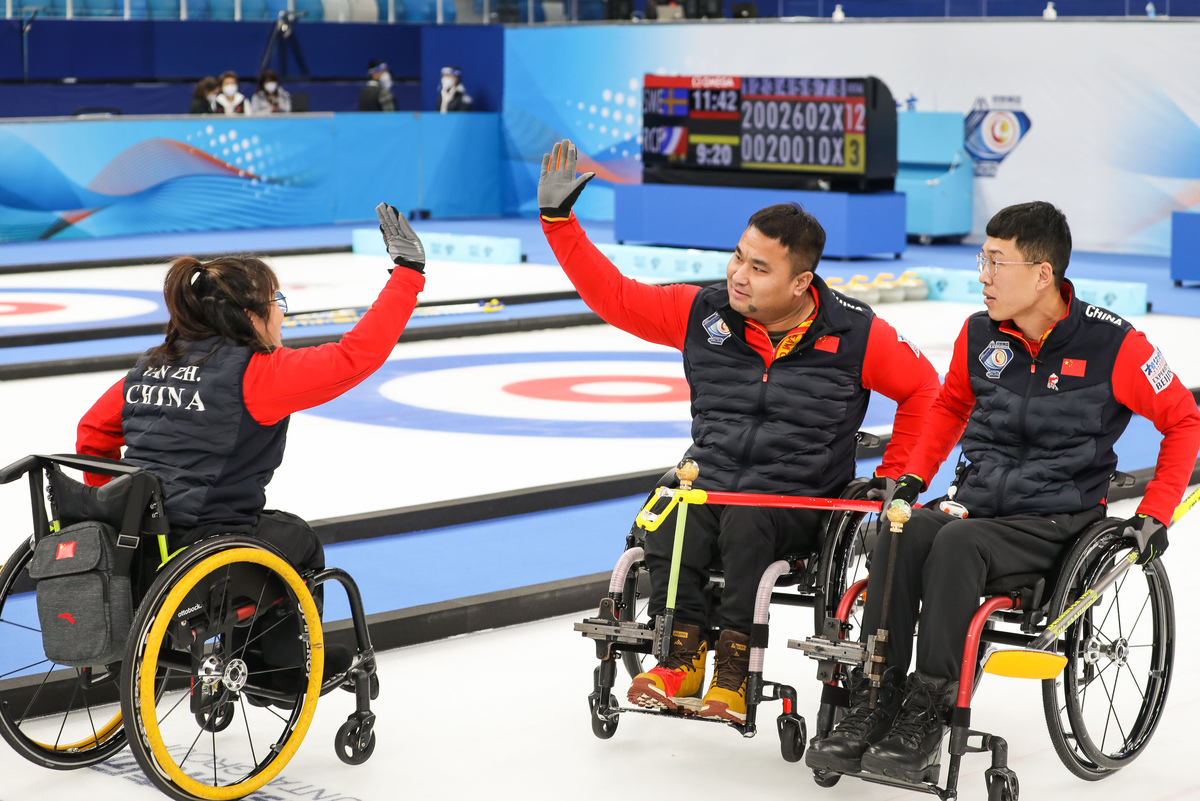 Day seven of the Kuntai World Wheelchair Curling Championship 2021, taking place in the National Aquatics Centre in Beijing, China concluded with two semi-finals and saw China and Sweden move into the final. RCF and United States will play for the bronze medals.

China edge out United States to claim spot in the final

In the first semi-final, last year’s fourth-place finishers and Paralympic title holders, China, played against United States, who qualified for this event by winning the World Wheelchair B-Curling Championship earlier this year.

China started the game in an excellent manner, scoring three points in the first end. United States responded with a score of two points in the second end.

In the third end, United States stole a single point, when China skip Wang Haitao rolled too far with his shooter, giving up a steal of one point. The score was level at three after three ends.

In the fourth end, China put together another excellent end, scoring three points. The teams went into the half-time break with China leading by 6-3.

After the game, China second player, Sun Yulong said “The US is a strong team, but we are lucky that we played well, and I’m very excited now. In the fourth end, the US made a mistake, so we saw the opportunity and got three points and that encouraged the whole team.”

Sweden reaches world final after a commanding win over RCF

Sweden started off the game in a great way, stealing two points in the first end when RCF skip Konstantin Kurokhtin caught a guard with his last take-out attempt.

In the fifth end, Sweden was putting stone after stone in the house without hammer. Kurokhtin was facing six Swedish counters when he threw his last stone. His draw attempt was light, and RCF gave up a steal of six points to Sweden.

In the seventh end, Sweden responded by scoring two points, and led the game by 12-3. At this point, RCF conceded defeat to Sweden.

After the game, Sweden skip Viljo Petersson-Dahl said “I’m very happy. The team played so well, so I’m so happy now. I was disappointed at the last worlds, when we lost against Canada in the semi-final, but this time we won and took a place in the final. It’s fantastic. I think we have to enjoy the win tonight, get some rest and eat some. We will be prepared.”