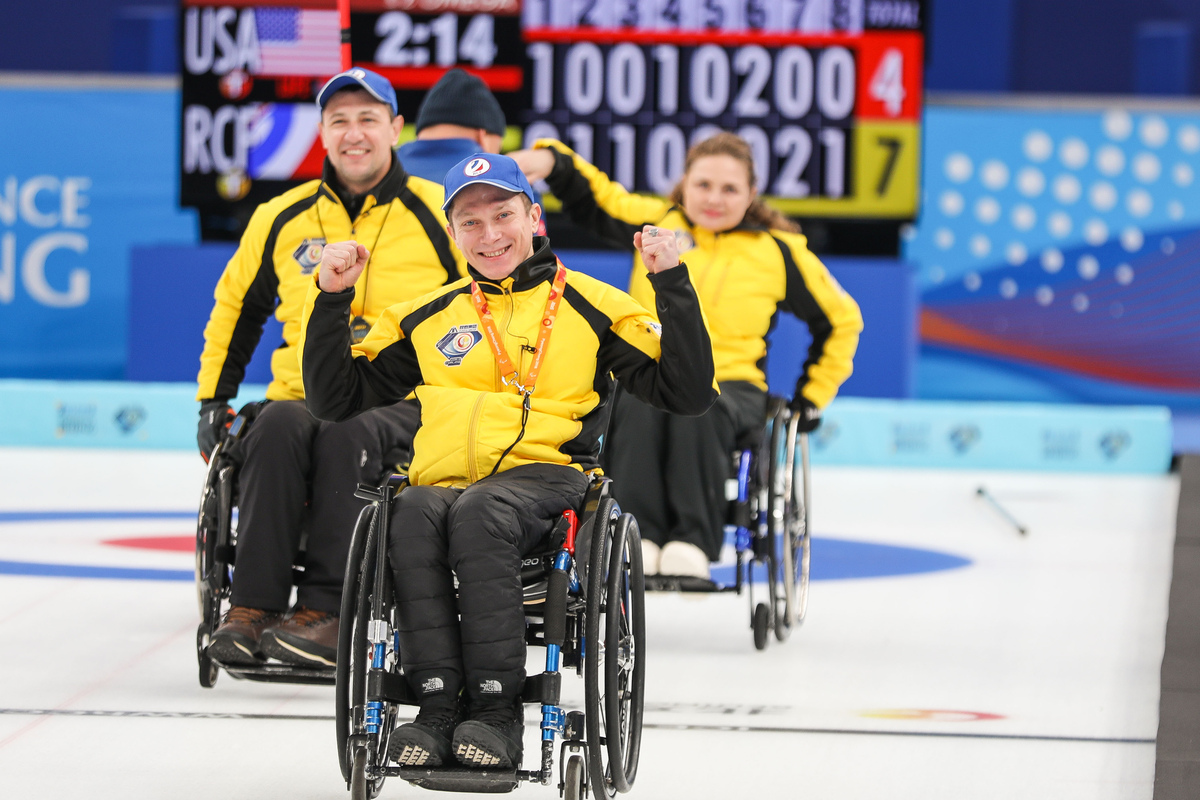 The final day of the Kuntai World Wheelchair Curling Championship 2021, taking place in the Ice Cube in Beijing, China began with the Bronze Medal game.

United States scored a single point with hammer in the first end, and RCF responded with a single score of their own in the second end to level the game.

In the third end, RCF managed to steal a single point after United States skip Matthew Thums was slightly heavy with his last draw shot, facing two RCF counters. He could outcount only one of them, which resulted in a steal of one point for RCF to give them a 2-1 lead.

In the fourth end, Thums threw a perfect hit-and-stay with his last stone to score a single point for United States and level the game at two at the half-time break.

RCF put the first multiple-point score on the board in the fifth end, after Kurokhtin’s two perfectly executed draw shots.

In the sixth end, United States could have scored a big end, however, Thums missed both his draw shots to put more stones in the house, which resulted in only a two-point score for United States. The score was tied at four going into the seventh end.

In the seventh end, RCF scored two points and retook the lead, by 6-4, going into the eighth end.

In the eighth end, Thums’ raise take-out attempt with his last stone was unsuccessful, giving RCF the steal of one point, the 7-4 win and the bronze medals.

After the game, RCF skip Konstantin Kurokhtin said, “Before the game, I was a little bit nervous after yesterday’s game. But this morning, we spoke with the team, altogether, players only, about what we would like to get from this championship. And we decided that we don’t have the right to lose the last game. It doesn’t matter which place this game is for. We supported each other, looked each other in the eye, and went to play with this mood and wish. Now I’m happy because we have a good team and we do not forfeit even in a bad situation.”

China and Sweden will compete for the gold medals and the world title at 14:35 on Saturday (30 October).