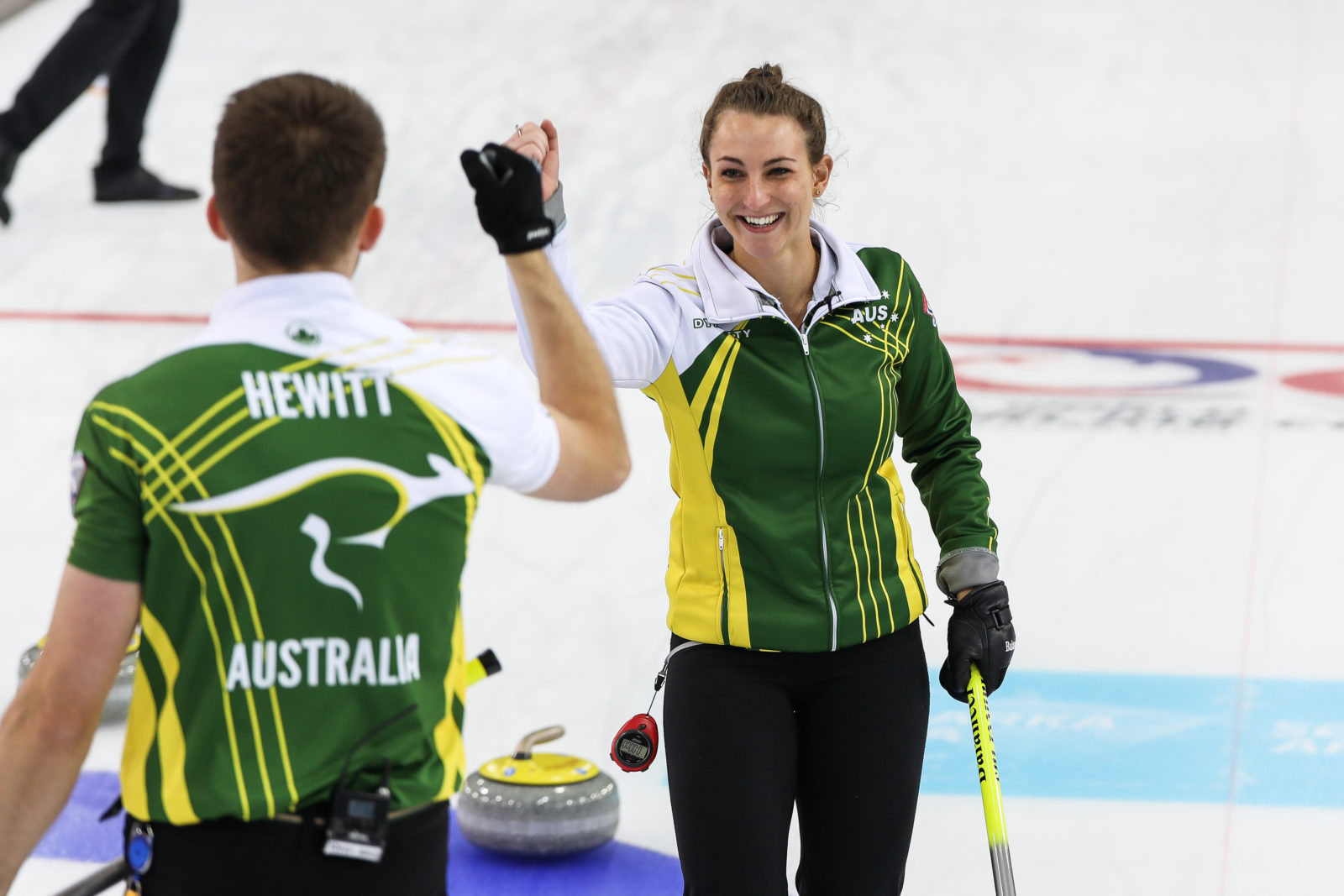 Aberdeen will be host to 20 of the world’s top mixed doubles curling teams this week at the World Mixed Doubles Curling Championship 2021. Seven teams, plus China as hosts, will secure their National Olympic Committee a spot in the upcoming Olympic Winter Games Beijing 2022. The Member Associations who qualified for last years’ championship, which was cancelled due to COVID-19 will now compete at the 2021 championship.

Without further ado, it’s time to get to know the teams competing for the world title.

Following their best ever performance at the championship in 2019, Australia’s Tahli Gill and Dean Hewitt will look to build on their fourth-place finish in Aberdeen.

Their first time competing together as a team just so happened to be at the Canadian Mixed Doubles Nationals, where the Olympic champion skip, Brad Gushue, and Reigning Canadian champion skip, Kerri Einarson claimed gold in the final.

The Beijing Olympic hosts from China will be competing as a team for the first time together in this championship. The Chinese team from 2019 finished with a 5-2 record.

This Czech Republic team will be competing in their sixth World championship as a duo since 2013. Their latest performance, in 2019, resulted in a tie for fifth place with a 6-3 record.

Siblings, Anna and Ben Fowler will be representing England on the Mixed Doubles stage for their fifth time as a unit since 2013. The pair’s performance in 2019 landed them a ninth-place finish with a 6-2 overall record.

Coming straight from the LGT World Women’s Curling Championship 2021 in Calgary is Estonia’s skip, Marie Turmann. She will be paired with long-time doubles partner, Harri Lill and looking to improve on their fifth-place finish in 2019 to secure a spot in Beijing.

Oona Kauste represented Finland in Mixed Doubles at the PyeongChang Olympics but will compete in Aberdeen with her brother, Aku this time around. This will be his first World Mixed doubles appearance after skipping Finland at five European Championships.

In 2019, Germany’s Pia-Lisa Schoell competed at the Mixed Doubles championship with a different partner, where she finished with a 4-3 record. She is teamed up with young-gun Klaudius Harsch who was alternate at the World Men’s in Calgary.

Two-times World Champions from Hungary, Dorottya Palancsa and Zsolt Kiss will be back looking to improve on their 2019 ninth place finish with a 7-1 record. The 2013 and 2015 champions will be representing Hungary for the seventh time at the event.

Teammates Stefania Constantini and Amos Mosaner both recently represented Italy at the World Championships in Calgary. Mosaner competed with a different partner in 2019 where he finished with a 5-2 record, while Constantini will be making her first showing.

Japan’s duo will be making their first appearance in this competition as a team after winning the Japanese Mixed Doubles Nationals in February.

This will be the first time on the world stage for both Kim and Moon who were half of the mixed team that represented Korea at the Youth Olympic Games 2020.

Mixed Doubles newcomers Courtney Smith and Anton Hood traveled over 30 hours to represent New Zealand in Aberdeen. The young duo will look to improve on New Zealand’s 5-3 record in 2019.

Kristin Skaslien and Magnus Nedregotten will represent Norway for the seventh time as a team since 2013. The Olympic bronze medallists from PyeongChang had their best world performance in 2015 when they claimed bronze.

RCF will be represented by Anastasia Moskaleva and Aleksandr Eremin for the second year in a row. The pair finished in joint fifth place in 2019.

The hosts will look to their home ice advantage throughout the championship as teammates Jennifer Dodds and Bruce Mouat hope to secure their spot in Beijing. Mouat is coming off a silver medal finish at the BKT Tires and OK Tire World Men’s Curling Championship 2021.

Spain’s Oihane Otaegi and Mikel Unanue are back again to improve on their 2019 record of six wins and two losses. In 2018, the pair were part of the silver medal winning team at the World Mixed Championship.

Half of the defending champion team comes from Sweden’s Oskar Erikkson who is paired with new partner, Almida De Val after claiming gold in 2019 with Anna Hasselborg.

World champions in 2017 and 2018 Olympic silver medallists will represent Switzerland for the second time as a unit. Jenny Perret and Martin Rios won the Swiss Mixed Doubles World Qualifier with a 3-0 record.

Fresh off a World Women’s bronze medal finish is United States skip, Tabitha Peterson, who will be partnered with Olympian Joe Polo. In 2016, this duo claimed bronze at the championship with a 9-1 record.