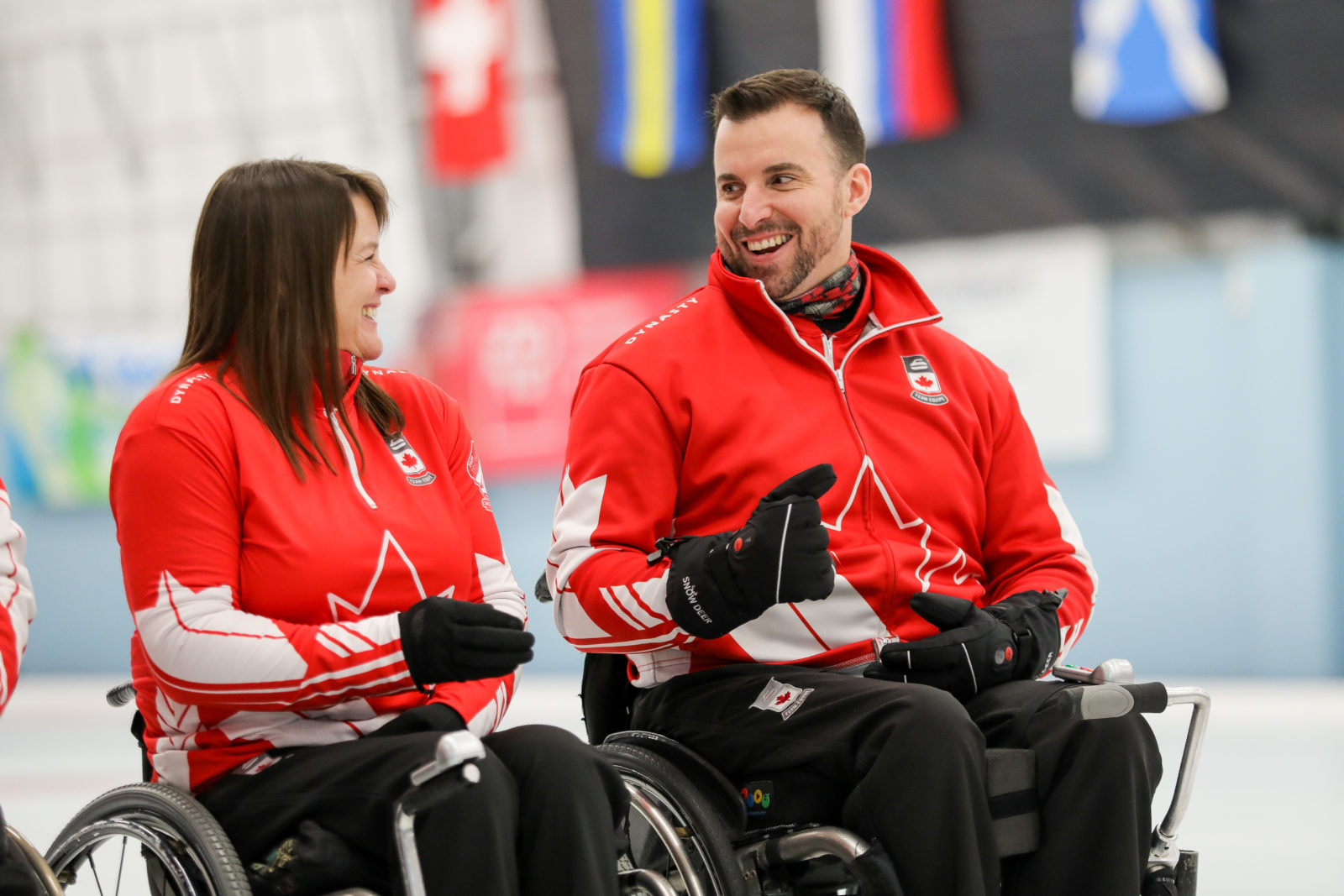 Poet John Milton wrote in his 1634 Comus that every cloud has a silver lining. It was first performed at Ludlow Castle – a castle formed in the hidden countryside of middle England as a result of the Norman Conquest.

What does this have to do with curling? After more than a year of frustrating uncertainties and lockdowns worldwide, these challenging times have allowed many to channel their limitless energy into something far more positive.

For Jon Thurston, who throws fourth on Canada’s wheelchair team, a chance to “improve” and “dedicate” himself to his craft provided a silver lining. With the Beijing Paralympics only one year away, the Canadian will now seek his own form of conquest.

Thurston had never watched or played the sport of curling before his construction accident in 2008 which left him paralyzed from the waist down. This was not the first time the Ontarian faced extreme adversity.

When he was 15, Thurston was diagnosed with non-Hodgkin lymphoma. After a year of intense chemotherapy, he has been in remission ever since. His experiences have made him “appreciate life and what it entails” much more.

After trying a couple of wheelchair sports, he concluded “none were like curling”.

“I think the first time I watched curling was the 2010 Vancouver Olympics, but it wasn’t until 2012 that I first tried it,” says Thurston.

“It was my soon-to-be first coach, Carl Rennick, who found me after my local newspaper wrote an article on my recovery after my accident.

“We met for coffee and he showed me a video of wheelchair curling and asked if I wanted to give it a try. I did. I joined the competitive team Carl was coaching and from there I fell in love with the sport.

“I soon realized how inclusive a sport curling was. Even though I was in a wheelchair, I could curl with and against able-bodied curlers and wheelchair curlers alike. From there I continued to learn the game and fell in love with the strategy, a game of ‘chess on ice’.”

Gains in the gym

Based at Peterborough Curling Club, Thurston’s silver lining during the last year has been the ability to focus on improving his physical condition.

When selected for Team Canada in 2019, he was the youngest member on the squad, but he does not let his youthfulness provide excuses.

Thurston, who has also represented his country at the 2019 World Water Ski Championship, says he lost 10 pounds whilst maintaining his muscle mass during the pandemic.

“Much like everyone, the pandemic has been an adjustment, but I feel that training has been going well this past year,” Thurston says.

“I was fortunate to have a decent amount of workout equipment at home during the beginning of the pandemic and was able to dial in a great home workout routine.

“I put a lot of time into nutrition and physical training in the off-season. I enjoyed quite a bit of mountain biking which was a blast and a great way to improve conditioning.

“As well as getting some projects done around the house that had been on the back burner, one of the best things was being able to spend time with family and friends more than I would have typically with being away so much.”

Fuel for the fire

All of this dedication and hard work is preparing the 37-year-old for his biggest goal yet: reaching the Beijing Paralympics next year. An ambition of his since he first began throwing rocks in 2012.

Considering himself “fortunate” to have access to ice for much of the current season, like many, Thurston has stayed connected with his teammates via virtual means. He has also dedicated time to reviewing game tapes in order to “improve both technically and tactically”.

“I want to continue getting better as a player and as a teammate,” adds Thurston. “There’s lots of work to be put in from now until Beijing.

“From there hopefully getting the opportunity to represent Canada at the Beijing Paralympics in 2022 and finishing on the podium.

“We are very fortunate to have a World and Paralympic level in wheelchair curling which provides that challenge to compete against the best in the world and continues to fuel the aspirations to be better.

“It’s helped me to build confidence and has given me that challenge and sense of accomplishment along the way.”

But there has been a lot to celebrate for Thurston so far in his career on the ice, with two memories standing out.

The “unforgettable experience” of winning silver for Canada at the World Wheelchair Curling Championship 2020 and the “incredible moment” when he received his Team Canada jacket in the mail.

While 2020 began on a high at the World Championship – which took place just before, as Thurston puts it, “the world shut down” – the lack of competitions has been a difficult pill to swallow.

With the introduction of mixed doubles confirmed for the 2026 Paralympics in Milan, Thurston believes the addition is “a huge and exciting opportunity” for wheelchair curling to continue growing.

“I think it has the potential to bring more athletes and more opportunity to wheelchair curling at this level. I know in Canada it’s not always easy to find four wheelchair curlers in the same area that can curl regularly together.

“I do hope to have longevity in the sport, I truly love it and continue to strive to improve every day. I’m excited to see where it goes.”

With major championship experience under his belt and the determination to become better, the future is bright for the resilient and persistent Thurston.