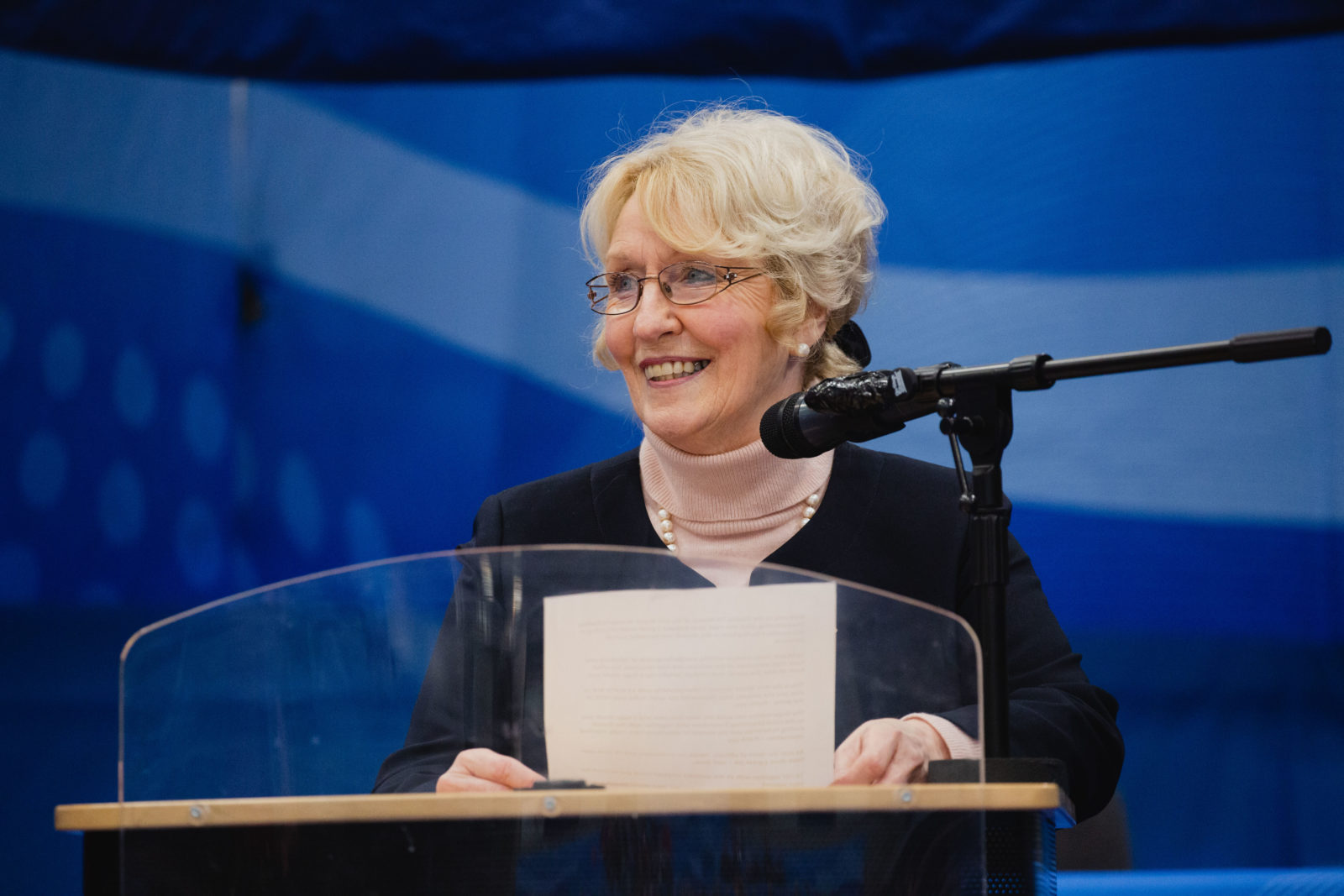 With more than ten years standing as World Curling President, Kate Caithness continues to make waves within the Paralympic movement while empowering female leaders to follow in her footsteps. As the very first female President of any Winter International Federation, and one of just three female International Olympic Federation Presidents, Caithness remains eager to see women progress into leadership roles to ensure their voices are heard.

Caithness is the deserving winner of the Builder category in the International Paralympic Committee Women in Sport Committee 2021 International Women’s Day Recognition Award. This has been awarded to Caithness for her dedication within the Paralympic Movement and for being a positive role model and influential leader for other women in sport.

Congratulations on winning the Builder category in the International Paralympic Committee Women in Sport Committee 2021 International Women’s Day Recognition Award! What was your initial reaction once you heard the news?

Kate: I actually wasn’t aware I had been nominated for this wonderful award until I saw the shortlist. I was honoured to be mentioned alongside such wonderful nominees and I am truly humbled to receive this recognition.

Today is International Women’s Day, focussed on the theme ‘Choose to Challenge’ which highlights calling out gender bias and inequality while celebrating women’s achievements and working towards an inclusive world. With this said, why do you feel it’s important to encourage other women to stand up for equality?

Kate: It’s important because equality doesn’t simply mean having equal parts men and women within an organization. In the past, you didn’t see many women within leadership roles, which is where change will happen.

Thankfully this is a thing of the past with today many more women becoming leaders within their individual sporting bodies and serving as Board Members of International Federations. They have proved that they are not there as a result of proportional representation, but because they are good enough and fully deserve their appointments.

I should add that the IOC under Agenda 2020 have really taken gender equality to the next level. In every Commission there is female participation and in the Olympics for instance they have 48% athlete gender equality in Tokyo games and Paris 2024 will have 50% gender equality. This shows change is happening.

As one of three female International Olympic Federation Presidents, how does it make you feel knowing you’ve broken barriers as the first female president of any Olympic Winter Sports Federation as well?

Kate: To be perfectly honest I hadn’t realised this and it was only at my first meeting of the AIOWF (Association of International Olympic Winter Federations) together with the IOC President at that time Jacques Rogge, when he welcomed me and stated that was the case. I have really enjoyed being part of this group — AIOWF — and have never been regarded as anything other than equal by my fellow winter sports colleagues. I should also add that I serve on boards of other Sporting Bodies and also IOC Commissions and have never feel inhibited to express my points — otherwise why am I there?

What do you think can be done to improve the lack of females in leadership and governance roles?

Kate: I’m very sure that this will be remedied in the very near future. In fact, it was only earlier this year that Marisol Casado, President of Triathlon and I were joined by the third female President Annika Sorenstam who was appointed President of the International Golf Federation. So, progress is being made as we speak.

As President of the World Curling Federation for over ten years, what has been your biggest achievement in sport and what are you most proud of?

Kate: Becoming President, most certainly, and over the years heading up this great curling family. I was also instrumental in the introduction of wheelchair curling as a sport and thereafter the driving force for its inclusion in the Paralympic Winter Games.

I think my proudest moment was when our wheelchair athletes paraded into the stadium at the opening ceremony of the Paralympic Winter Games in Torino when wheelchair curling made its first appearance. Being part of the medal ceremony of wheelchair curling and the raising of the flags and national anthems being played was truly emotional.

It’s no secret that sport is primarily dominated by men at many levels. What are some of the biggest challenges you’ve faced and what lessons have you learned as a female in a ‘Man’s World’?

Kate: When I became involved at the International level – some 22 years ago – sport was very much regarded as being male dominant. In my early days attending meetings with so few women in attendance, I had to really make my myself heard and express my points in a strong and positive manner before I felt I was accepted and respected by my fellow peers, which was challenging.

In my sport the constitution stated at that time that the board must comprise of the missing gender and so when I was elected to the board, in 2006, I was the missing gender – fortunately since becoming President our constitution has changed. We are still light on the ground as our board at present has 25% female representation, but we are working on a forward plan which should be implemented next year where in the future we would aim to have at least 40% representation of either gender on the board.

Finally, Kate, you are an incredible leader and role model for many women in sport and curling. What would you say to those following in your footsteps?

Kate: There are many people, like myself, who never reached the dizzy heights of competing for their country on the world stage. But I hope my passion for curling and involvement throughout the years has moved the sport forward.

My advice would be to listen to and respect others no matter their position within the sport or the sporting industry. Be always true to yourself and say what you mean and mean what you say.