Around the Zones: October 2020 Updates 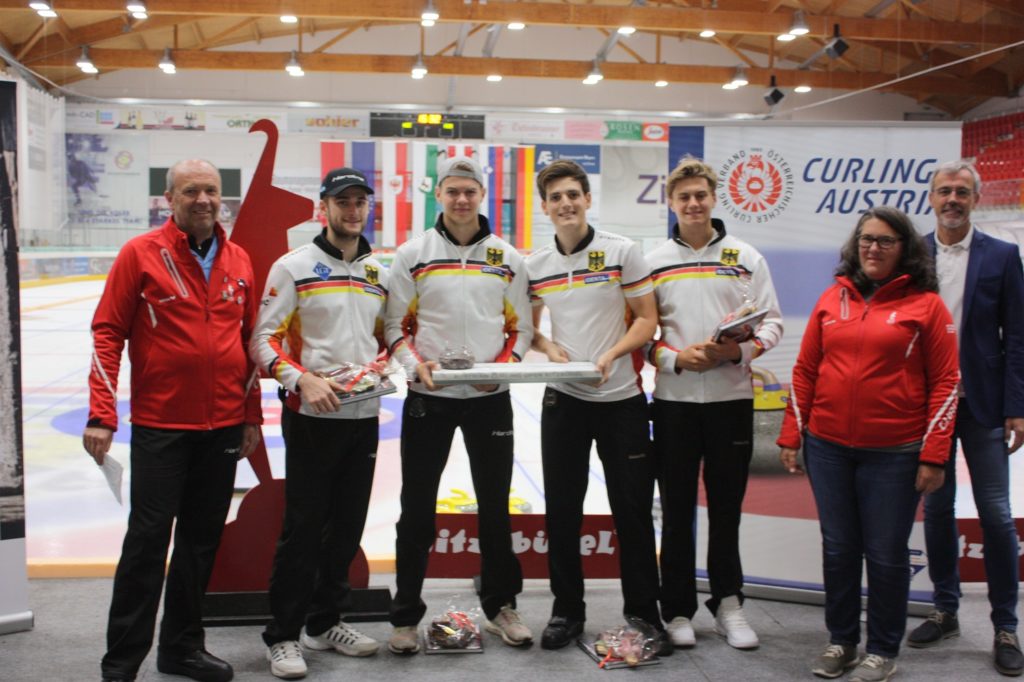 To curl or not to curl? That was the question!

The year 2020 AD. The world is entirely paralysed by Covid-19. Well, not entirely… One small village of indomitable Austrians still holds out against the invader Covid-19. And life was not easy for the virus that tried to garrison the fortified Curling rinks of Kitzbühel.

Joking aside: The Kitzbühel Curling Club really discussed the pros and cons of hosting a tournament at length but eventually decided to go for it and host the Austrian Curling Open from 4–6 September 2020.

In total, 16 teams from Germany, Switzerland, Slovenia and Austria participated and they all respectfully followed the safety guidelines that had been published well in advance. Kitzbühel was well equipped with disinfectants of all sorts, contact details were collected, distancing rules were followed, “shake hands” became “fist bump” and the beloved drink after the match was omitted.

Bottom line: It was different but it was a great event full of respect not only in the spirit of Curling but also in the spirit of humanity and togetherness. The event brought back some happiness and normality that is so much needed these days.

The winners were: on the Curling side team Totzek from Germany, on the human side: all of us. 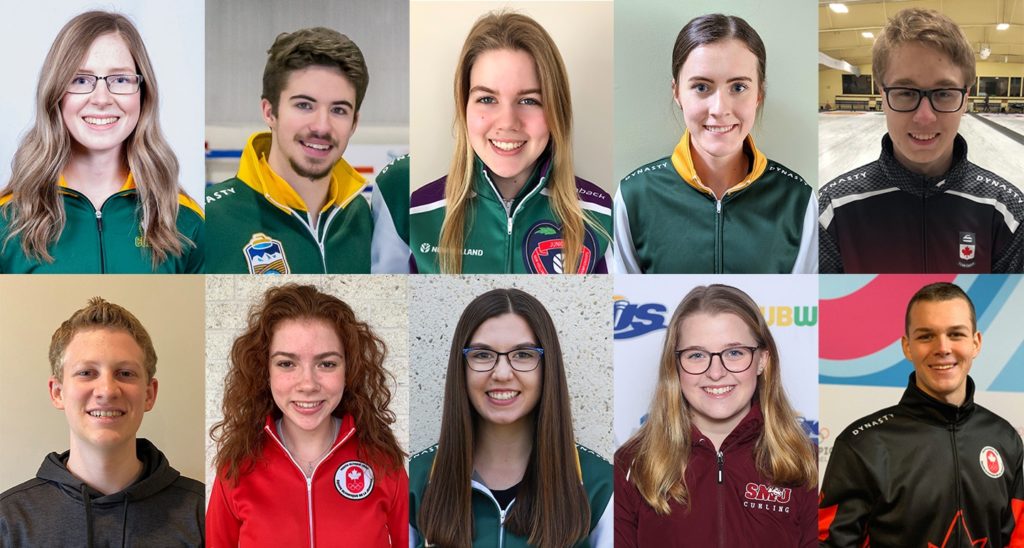 Several of Canada’s up-and-coming student-athletes received some assurance after being named recipients of the 2020 Curling Canada For the Love of Curling scholarships.

The scholarship programme was more in demand than ever before with a record-setting 82 submissions this year.

A selection panel consisting of Curling Canada officials, high-performance athletes and former scholars had the difficult task of sorting through the entries and selecting 10 recipients to receive $2,500 scholarships.

The panel selected an exceptional group of young curlers who have won national under-21, under-18 and university championships, along with members of Team Canada at the 2020 Youth Olympic Winter Games. The panel noted they are not only talented curlers, but also accomplished in academic achievements and enthusiastic leaders in community volunteerism.

Curling Canada is proud to award $2,500 For the Love of Curling scholarships to the following individuals: 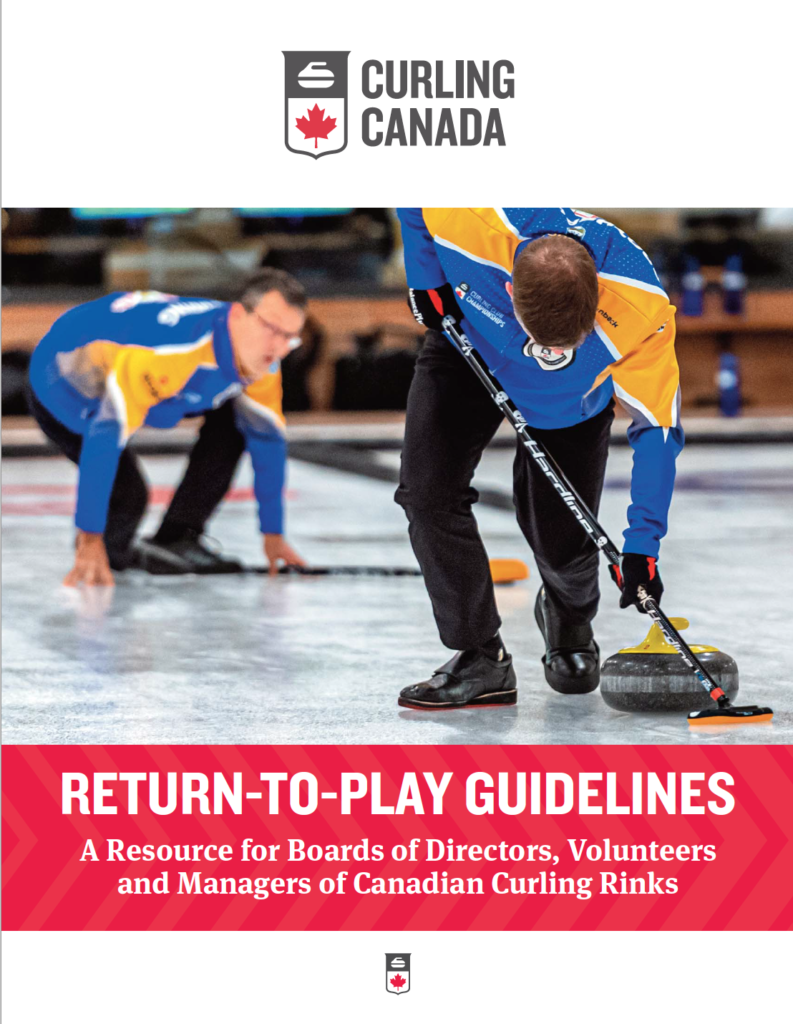 Return to Play guidelines that will shape the 2020-21 curling season were made available to Canada’s curling clubs in July.

The documents, designed by Curling Canada in consultation with Member Associations, curling centre managers and medical professionals, are designed to guide the Canadian curling community through the upcoming season as it relates to COVID-19 in Canada. The guidelines cover topics such as gameplay, building cleanliness, food & beverage, customer awareness, financial planning, insurance and national championships.

“Curling will look a bit different this upcoming season, but we’re pleased to announce there’s still a way to play while also ensuring that the safety of curlers remains a top priority,” said Danny Lamoureux, Curling Canada’s director of curling club development and championship services.

The most notable changes to play this season involve the use of one sweeper during games, no sweeping an opposition’s stone behind the tee-line and new markings on ice for the non-throwing team to be stationed.

The health and well-being of curlers, fans and high-performance athletes is Curling Canada’s top commitment and the guidelines can be customised in each jurisdiction in order to cooperate with federal, provincial, territorial and municipal government health authorities that must be followed.

Our response is related to our roadmap for a safe return to curling in relation to the Coronavirus. Before returning, we created a policy for our Federation and took the necessary precautions and precautionary guidelines. To allow the athletes to return to activity in a safer way, following the guidelines and instructions, that process will start from the administrators, then the players, followed by the workers.

Just as the Federation has a responsibility to implement the guidelines, the curlers must oblige by the guidelines starting when they leave their homes until they arrive at the stadium.

The Kuwait Curling Federation’s plan for safe return to Curling Sport as follows:

Our federation is providing a medical official and an isolation room to deal with emergency cases.

We have also put up educational leaflets throughout the club on how to deal and protect against the Coronavirus. The main goal of this map is the safety of players and the reduction of Coronavirus. 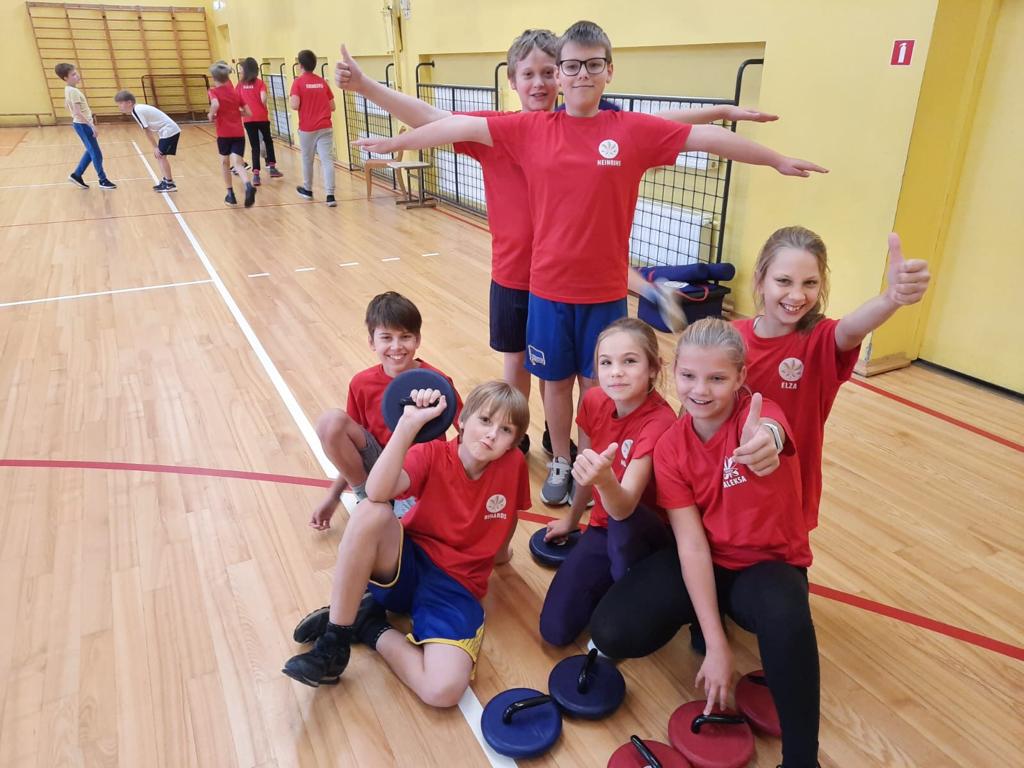 Latvia is quite a safe place in these hard times and so far, curling has run its course into the new season safely.

We’ve had two early season tournaments and welcomed foreign teams in these events. After these, it looks like we’ll have our own inner Latvian curling team competitions as planned with no chances to travel and play abroad yet. The lack of international tournaments is the main challenge since we started curling again after a six-month break.

The best part is that most schools welcome us to present floor curling and kids are ready to come and try it on the ice. In European Sports week a great amount of people – youth, adults and seniors – applied to come and try curling on ice for free.

This season we have increased junior training sessions from two times a week to four times a week. So now it’s more flexible for them and they can choose when they want to train from Monday until Thursday.

Unexpectedly, before the season we received an offer to paint curling rings on hockey ice in a new multifunctional sports hall in city named Jēkabpils, which is approximately 135km from Riga. October 15 will be the official opening of the venue and on 16th and 17th there will be come and try curling events. 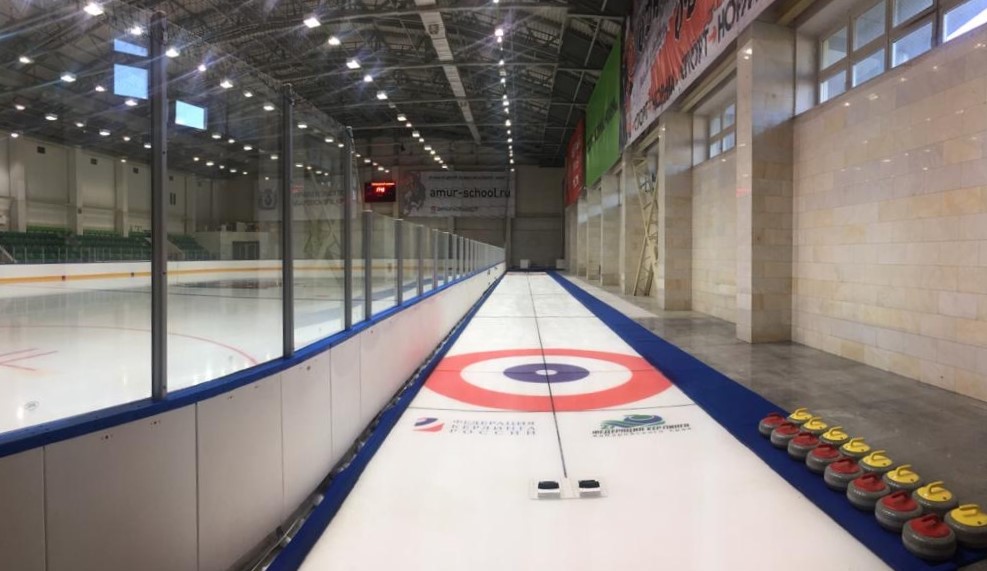 In August 2020, a dedicated curling sheet was opened in Khabarovsk Platinum Arena. This was possible due to the transformation of the existing hockey arena to the NHL size giving some space for a curling sheet. Though the ice sheet is not of the championship standard, it serves well for creating awareness of curling by the time of dedicated facility construction, which is planned for 2022.

Earlier this year, there were several come and try sessions organised at the hockey arena for schoolchildren, with about 500 people having discovered curling for the first time. 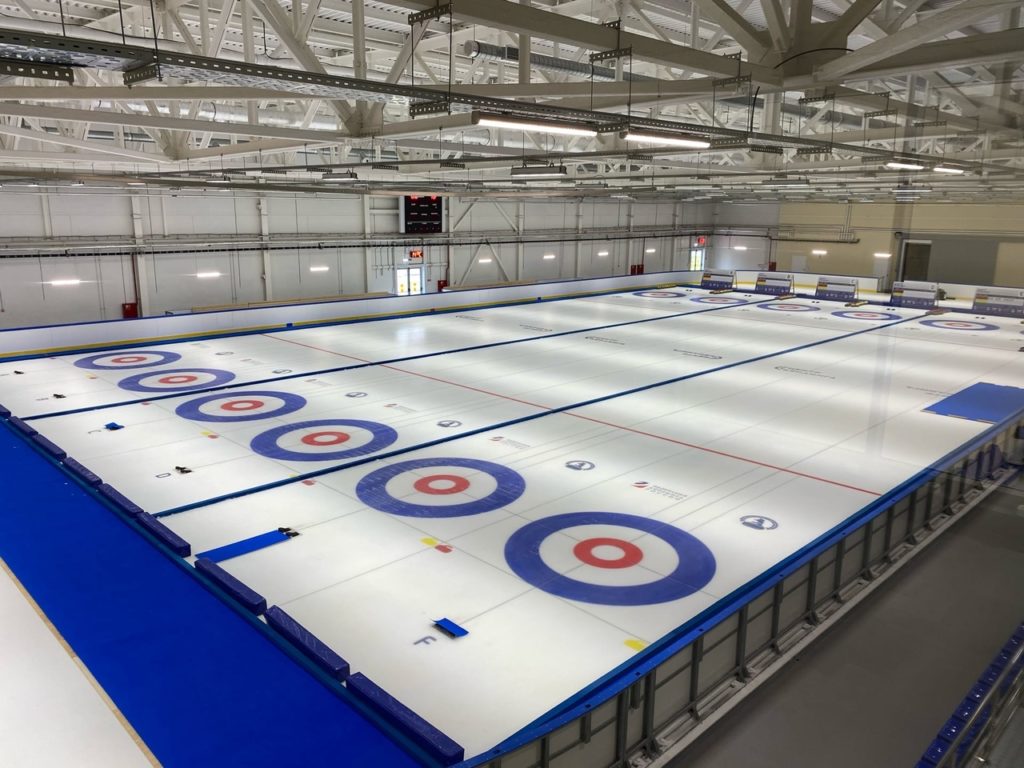 The dedicated six sheet curling facility was opened in St. Petersburg on 9 September 2020 with the inaugural stone delivered by the Vice Governor of the city, Mr. Vladimir Kirillov.

The curling centre now meets the playing standard and quality for the athletes in St. Petersburg.

The goal was to open the arena during the Congress 2020 – unfortunately this didn’t happen but we look forward to seeing you in St. Petersburg in 2021. 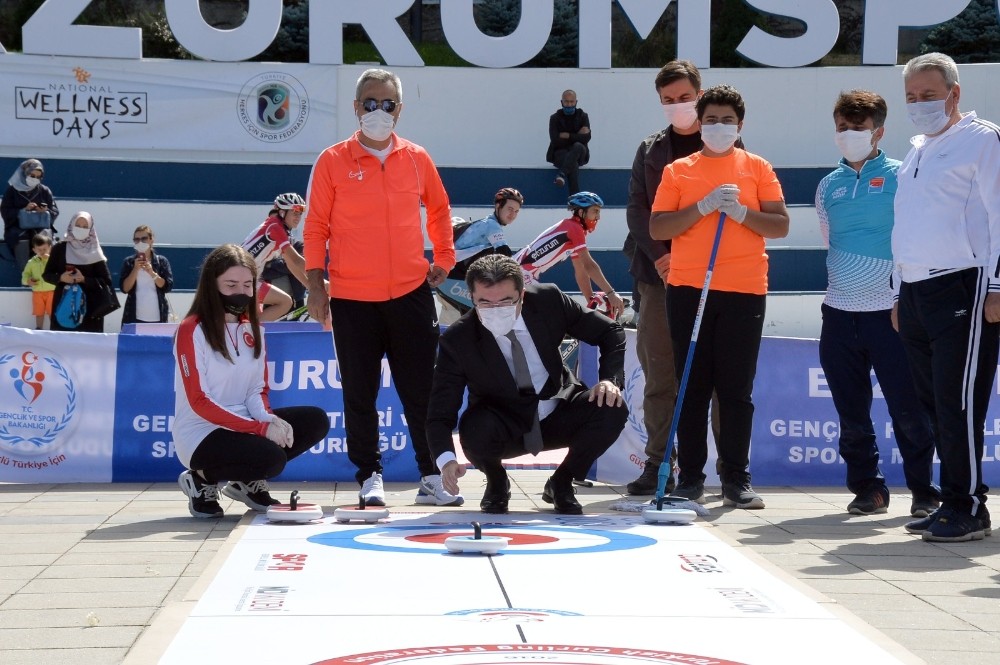 As everyone knows, all over the world we are fighting the COVID-19 virus. We know that this virus will end one day and we hope that that day will come soon.

In Turkey fighting COVID-19 has been under our control since pandemic started. Our health infrastructure is very strong and we have many health personnel available to help us fight the virus. As in every sector we have taken special precautions in sport for Turkey. We had to change some things and take a series of additional safety measures in this time. The Turkish Curling Federation is still running its national leagues, camps, courses, floor curling and other activities. All ice rinks and curling halls are open and we can play curling depending on pandemic rules.

Turkish Sports and Youth Ministry have published a rule book for sports in Turkey and we are depending on these rules to play until end of this pandemic. Social distancing and wearing masks are the biggest rules here. In this period we have no spectators for matches. We use hand sanitisers all the time and we frequently clean our stones, dressing rooms, public areas and field of play. All our athletes have their own brooms, gloves, water boxes, towels and just one team uses one dressing room at a time.