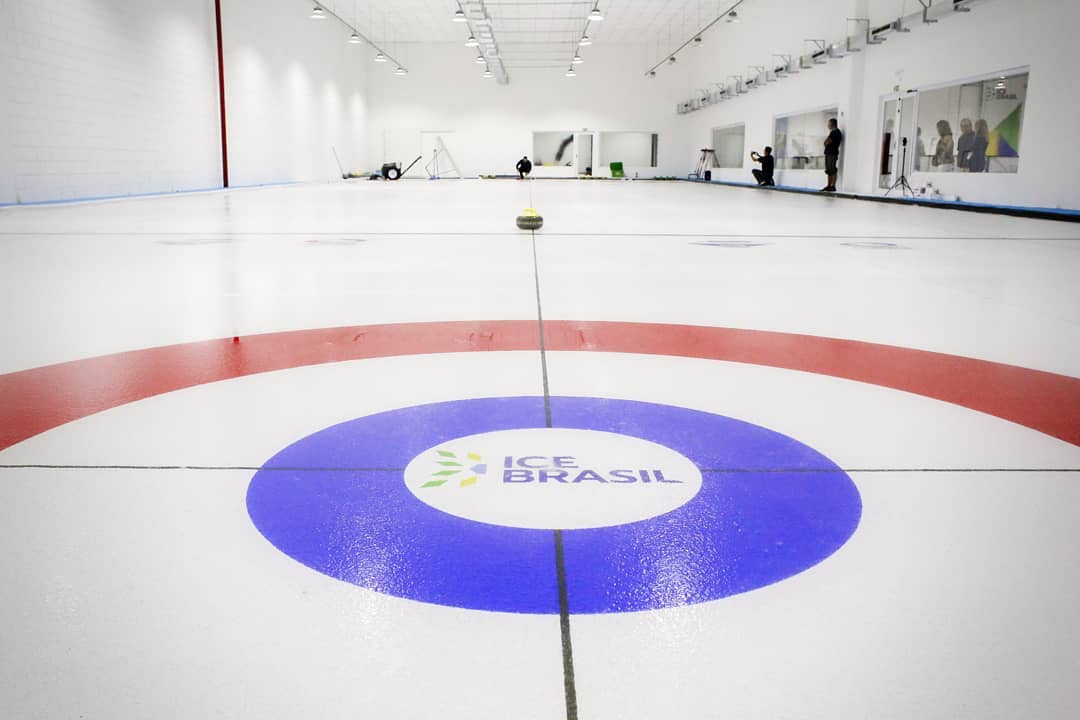 History was made during the latest opening of one of curling’s newest dedicated facilities. The Arena Ice Brasil, located in Sao Paulo, became home of the first dedicated curling facility in Latin America.

With one of the largest curling audiences in the world, Brazilians have already proved their curiosity in the sport.

This may come as a surprise to many, as when most people think of curling, they tend to imagine a cold winter sport played on ice, typically dominated by Canadians or Scots.

While the majority of the world’s curlers do come from Canada and Scotland, many of its fans come from the southern countries in the America’s Zone.

Curling at any Olympic Games is a monumental time for the sport. The game reaches new audiences from all over the world and for many, it’s the first time they’ve seen anything like it. Families sit in their living room and take in the yelling, screaming and exchanging of stones, unsure of what’s going on.

This was exactly the case in Brazil, ten years ago during the Vancouver 2010 Olympic Games – the first Winter Games broadcast in Brazil. Two years prior to this, the Brazil Ice Sports Federation consisted of four Brazilian players who lived in Canada.

“Novelas (soap operas) are on TV in prime-time back home [in Brazil], so the Games would come up right after them. Due to the time difference, the only event running live was curling, so the sport not only got prime-time viewership, but it also took place during Carnival week,” said Brazil’s Sergio Mitsuo Vilela.

Vilela is now deeply involved in the sport both on and off the ice. Vilela competes for Brazil on the ice, most recently as part of the mixed team who played at the World Mixed Curling Championship 2019 in Aberdeen, Scotland. Off the ice, Vilela is one of the two World Curling Federation Representatives from the Brazilian Ice Sports Federation charged with voting at the annual World Curling Congress on rule changes and the governance of the sport.

Since the initial craze and its debut on Brazilian television, it took four years for Brazil to curl on the world stage again. Now, with a foundation of 40 players spread across the world, Vilela and the Brazilian Ice Sports Federation knew they needed ice in order to develop and grow curling locally.

With that, the request for Brazil’s first dedicated curling facility was approved in 2018 by the Federation and the search for an ideal location continued for two years.

Finally, a new beginning for Brazilian curling was found in the form of an old storage area for a supermarket. With the support of the World Curling Federation, the Brazil Ice Sports Federation and local investors, the groundwork began to launch the new facility.

On 25 January 2020, The Arena Ice Brasil which includes three dedicated curling sheets, ice hockey/skating rink and a restaurant had its soft launch. Over 200 people came and showed their support – but they had just one problem. There was no ice due to technical difficulties.

A few weeks later once the ice was fixed, the first stone was thrown by one of Brazil’s players, Marcio Cerquinho, on 13 February. With the official opening being scheduled for 25 May now being postponed, it’s a matter of not ‘if’ but ‘when’ the first ever Brazilian curling facility will be back up and running.

“We designed the Arena to run all year round, so we are actually following closely all the instructions from the authorities and we are hoping to reopen as soon as possible,” said Vilela.

While times are uncertain for many curling clubs around the world, one thing remains certain – Brazilians have a newfound and growing love for the game.