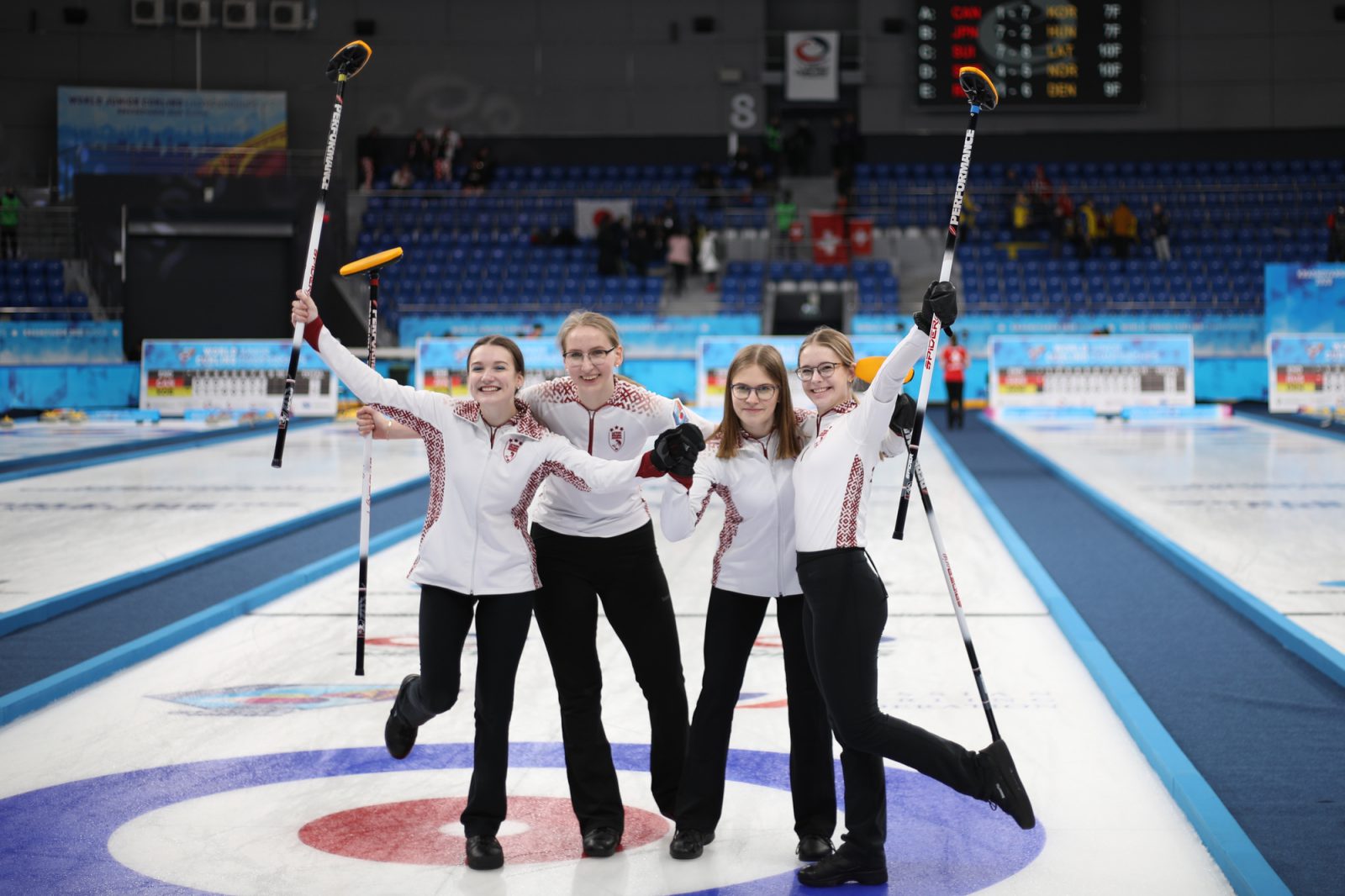 History is being made here in the Crystal Ice Arena in Krasnoyarsk thanks to five young ladies from Latvia.

Team Latvia, skipped by Evelina Barone — who at only 16 years of age, has represented Latvia 13 times internationally — have been showing everybody here this week what teamwork, passion and dedication to a sport really mean.

“There’s only one curling rink in Latvia, with two sheets. We have two junior teams that are pretty good, but we did really well at nationals and that’s why we are here.”, said Barone.

Considering the Latvian curling community is tiny, Barone explained that “People in Latvia think curling is strange. They call it the ‘janitor’s sport’. They say, ‘that’s a sport for senior citizens’, or ‘it’s not that hard’.”

In response to that, the team’s lead, Erika Patricija Bitmete said, “We tell them go ahead try, it’s not that easy. Then when someone tries it, and the next day everything hurts, they understand that it’s hard.”

Having been a team for the past two years, the Latvian ladies shared that they are all very close friends. Vice-skip, Rezija Ievina, remarked, “I like that curling is a team sport, so I can get support from my teammates. It’s very nice to have people you can support and also who support you.”

Speaking of support, Evelina mentioned that since she and her team are nearly all fluent in Russian, they have been feeling support from the crowd and the volunteers, and it makes them feel more at home here in Krasnoyarsk. “Krasnoyarsk is beautiful, and the people are very kind.” She says. “This arena is amazing, there is so much space, the ice is really good, and the spectators are cheering us up.”

History within history is being made as the Latvian team’s alternate, Leticija Ievina, younger sister to Rezija, is only eleven years old, making her the youngest player to ever compete at a world junior championship. Leticija expressed, “It’s exciting because this is my first time being in a big competition and I really like supporting my teammates. I hope to come here again with them someday.”

Leticija had her time to shine here at the World Junior Curling Championships 2020 joining her team on the ice on Thursday 20 February in their game against Canada.

Latvia picked up four historic wins this week to end with a 4-5 record in the standings leaving them in seventh place in the rankings.

Their placement came down to their Draw Shot Challenge score, which if lesser, would have actually seated them in fifth place. Fifth or seventh place, it’s a remarkable finish for the ladies from Latvia. As Leticija said, they hope to be back at this level next year aiming for gold again.

Ending their World Junior Curling Championships 2020 run on a win, the team gathered together in a group hug, sharing squeals of glee. Given their talent and joy for curling, there is no doubt we will be seeing more of Team Latvia at future championships.