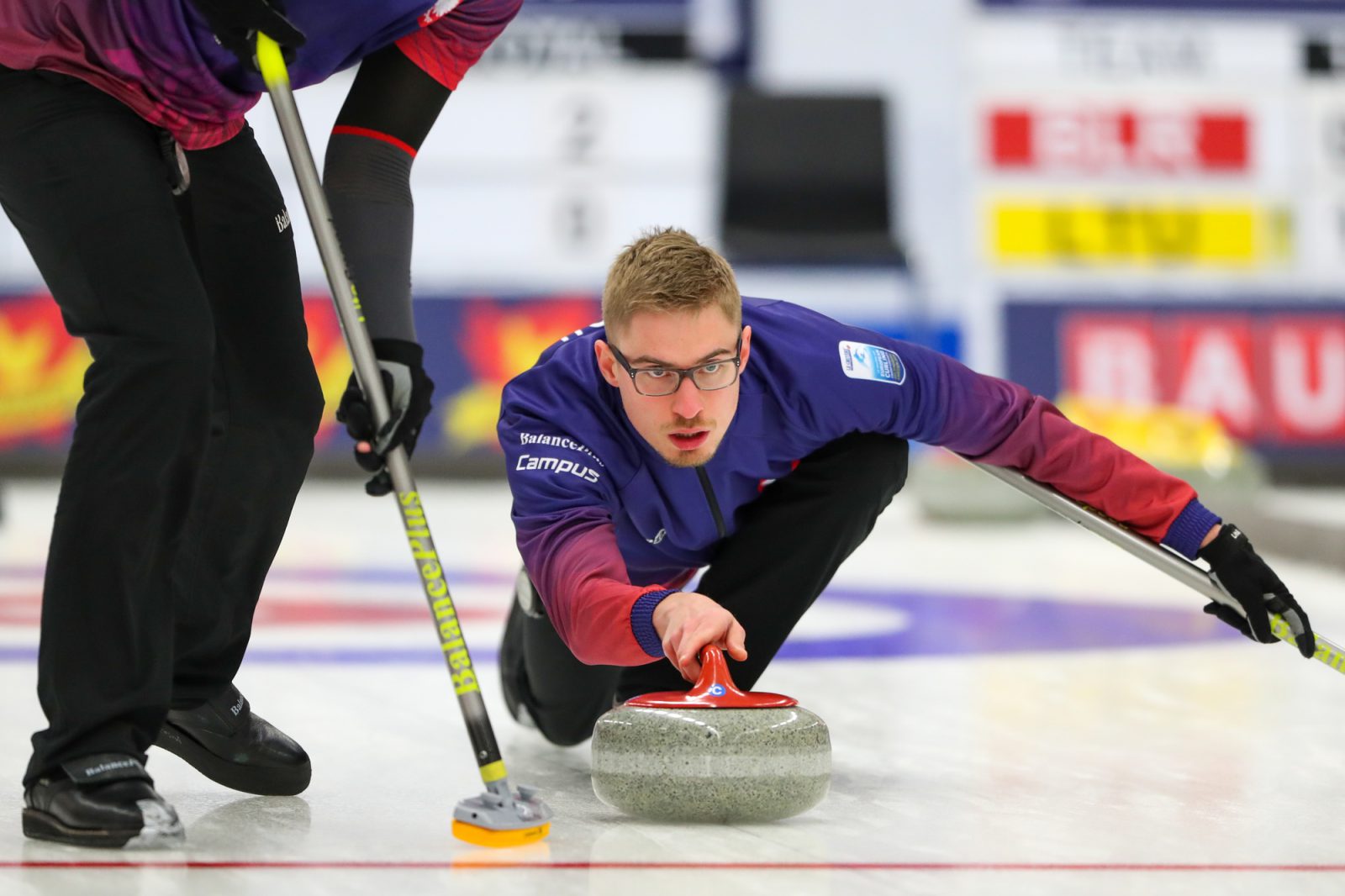 In the fifth day of the women’s B-Division, Italy suffered their only two defeats of the tournament so far. The first loss came at the hands of Hungary, 6-5, that was followed by an 8-7 loss to Turkey. There are no more undefeated teams left.

Italy however still remains joint on top spot along with Turkey and one win ahead of England and Hungary, who both have a record of 5-2.

The English beat Turkey, 13-4, helped with a score of five points in the second end and they did not lose the lead again for the rest of the match.

Elsewhere Lithuania is still to register a win, falling to Spain, 8-1.

Finland recorded a tight victory over Belarus, 7-6, in a game that required an extra end.

In the fifth game of the early session, Slovakia moved to a record of 3-4 by defeating Poland, 7-5. Poland bounced back with an 8-4 win over Lithuania in the afternoon for their second win of the week.

After Wednesday afternoon’s men’s round-robin session Poland and Turkey have now qualified for the playoffs.

The Poles defeated Latvia, 11-6, scoring seven points in the first two ends – after they managed to steal four points in the second end – and remain undefeated with five wins.

Turkey also remains undefeated – sitting on a 5-0 record – after they beat Belarus, 8-3.

Finland suffered their first loss of the competition at the hands of the Welsh, who beat them, 8-6.

Elsewhere, Czech Republic climbed to first place of Group-A and qualified for the play-offs, with a 6-4 victory over Estonia who fell to seventh place in group A with a record of 1-4.

Bulgaria beat Hungary, 7-6, and caught them in fifth place of Group-A with a record of 2-4.

In the fifth game of the session, Spain defeated Slovakia in seven ends by, 9-2.