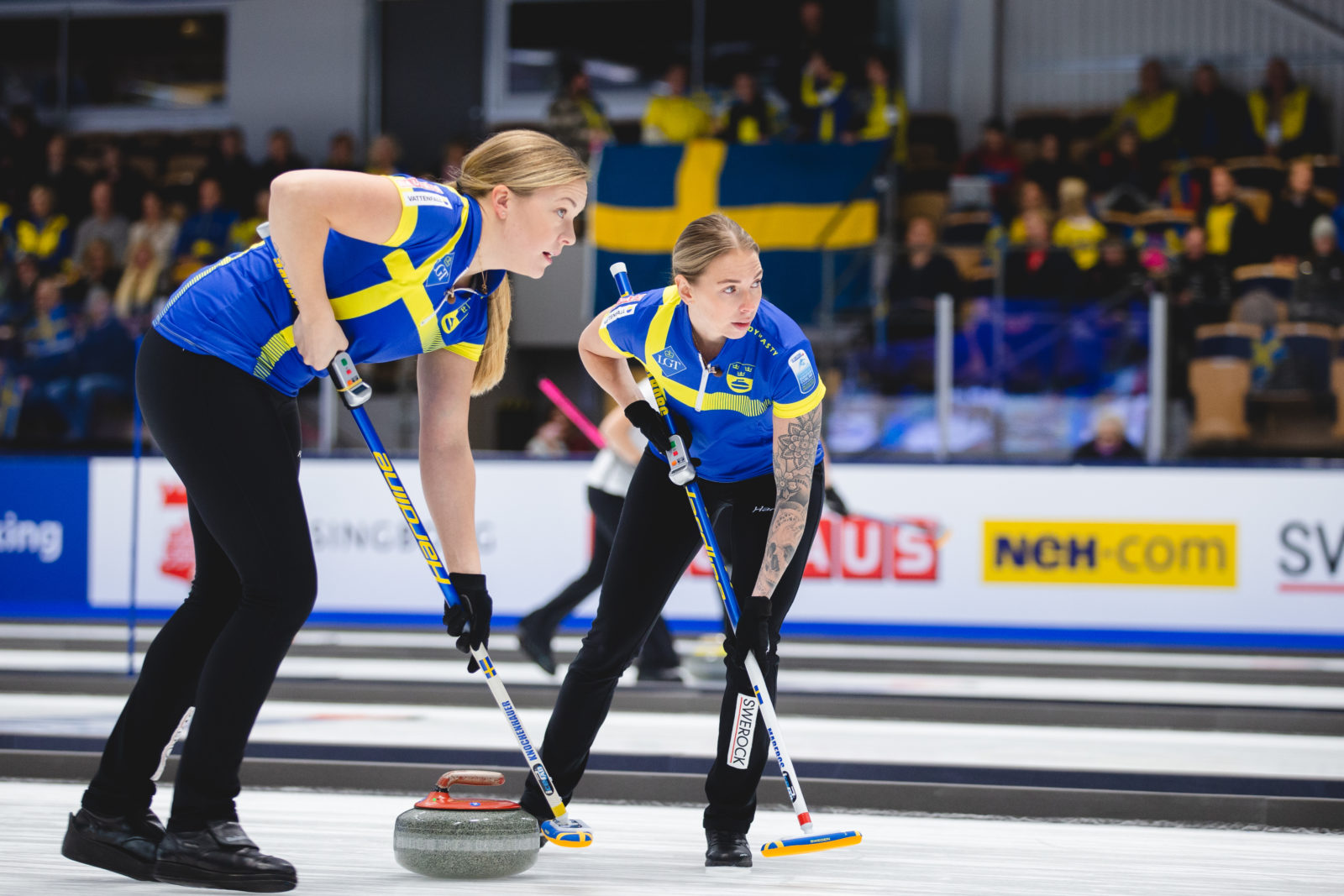 The four teams that would qualify for the Le Gruyère AOP European Curling Championships 2019 women’s semi-finals were already decided before this Thursday (21 November) afternoon’s ninth and last round-robin session. Switzerland, Russia, Sweden and Scotland all advance to Saturday’s play-off games.

Women’s final rankings were on the line, while further down in the table, world championship qualification spots were up for grabs, as was avoiding relegation to the B-Division next year.

Now, first placed Switzerland will face Scotland, who finished fourth. Russia and Sweden, who faced each other during this session, will play against each other as they finished second and third respectively. The semi-final matches will take place tomorrow (22 November) at 14:00 Central European Time (CET).

Switzerland secured top spot with a 9-3 win over Latvia and finished with a record of 8-1. Swiss skip Silvana Tirinzoni said after the game, “We still had to win to make sure we finished first. We weren’t playing for nothing.”

Joining them, on the same record of 8-1 was Russia, who finish second due to their head-to-head results. Russia defeated hosts Sweden with a score of 8-6 and Alina Kovaleva summed up, “We didn’t have a secret recipe to beat Sweden, but we were maybe a bit lucky and Sweden made more mistakes than usual.”

Scotland who claimed the fourth and final play-off spot overcame the obstacle of Estonia, 7-6. Scotland’s skip Eve Muirhead commented on the upcoming match-up against Switzerland, “It’s going to be hard to beat Switzerland again, we need to be very clinical in our stone placement, we need to capitalise on any mistakes we get, but also not to give away any mistakes to them.”

Czech Republic secured their place in the LGT World Women’s Curling Championship with a 7-5 victory over Denmark, who with the help of other results – finished seventh and also qualified for the world championship.

Czech skip Anna Kubeskova speaking after the game said, “We feel awfully happy. We have a new team and we were nervous of how our first season will go. Our goal was to stay in the A-Division and getting to the world championship is an added bonus, because we want to have a chance at the Olympics.”

In the fifth game of the session – already safe Germany – defeated Norway, 7-5. This defeat meant that the Norwegian team finished in ninth place, resulting in their relegation to the B-Division.