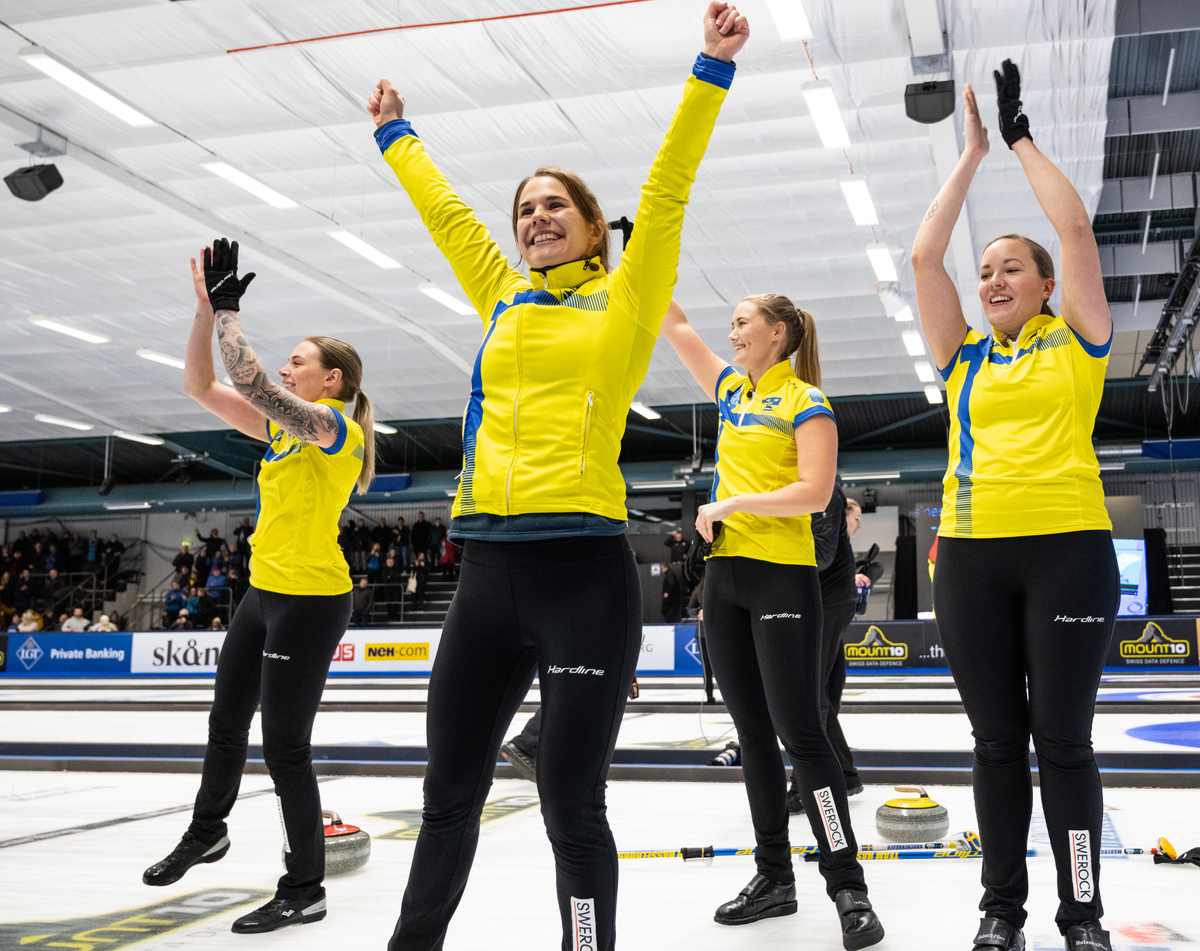 With this win, skip Anna Hasselborg and her team of third Sara McManus, second player Agnes Knochenhauer, and lead Sofia Mabergs, supported by alternate Johanna Heldin and coach Wayne Middaugh successfully retained their European crown. With this win, Sweden marks double gold for both sides, as Sweden men claimed the title as well.

Sweden used the last stone advantage to blank the first end and opened the scoring in the second end with one point. In the third end, Scotland’s skip Eve Muirhead was short with her final draw allowing Sweden to steal one point and increase their lead to 2-0.

Muirhead made up for her earlier mistake in the fourth end when she played a nose-hit on a Swedish stone to score two points and level the score at 2-2. After blanking the fifth end, Sweden’s Hasselborg drew inside two Scottish stones to score one point and re-take the lead at 3-2.

In the eighth end, Scotland had another nose-hit attempt for two points, but this time Muirhead’s stone rolled slightly too far and the Scots settled for one point to level the game at 3-3.

Sweden’s Hasselborg wrecked her last stone on a guard in the ninth end to hand Scotland a single-point steal and a 4-3 lead. This gave the Swedes last stone for the tense tenth end.

On Hasselborg’s final shot, she ran a Scottish stone into the four-foot to remove shot stone, and score two points to win, 5-4.

Afterwards, Hasselborg said, “The audience and fans were amazing today and they really carried us through the tenth end, and…what a game. Eve and her girls played so well, and we have so much respect for this team and it was a great game.”

She explained, “We said as long as we had hammer in the tenth, we have a chance of winning, and we got the hammer – it was exciting.”

After the game Muirhead said, “That was an outstanding game, there was a lot of great curling, and what a shot to win the Championship. Give Anna her due, she made the shot when it counted.”

She continued, “It’s difficult when you know you put up a good fight. We’ve got to take a lot of credit for what we did out there – to secure a silver medal isn’t all bad, so I guess we just need to celebrate that silver.”