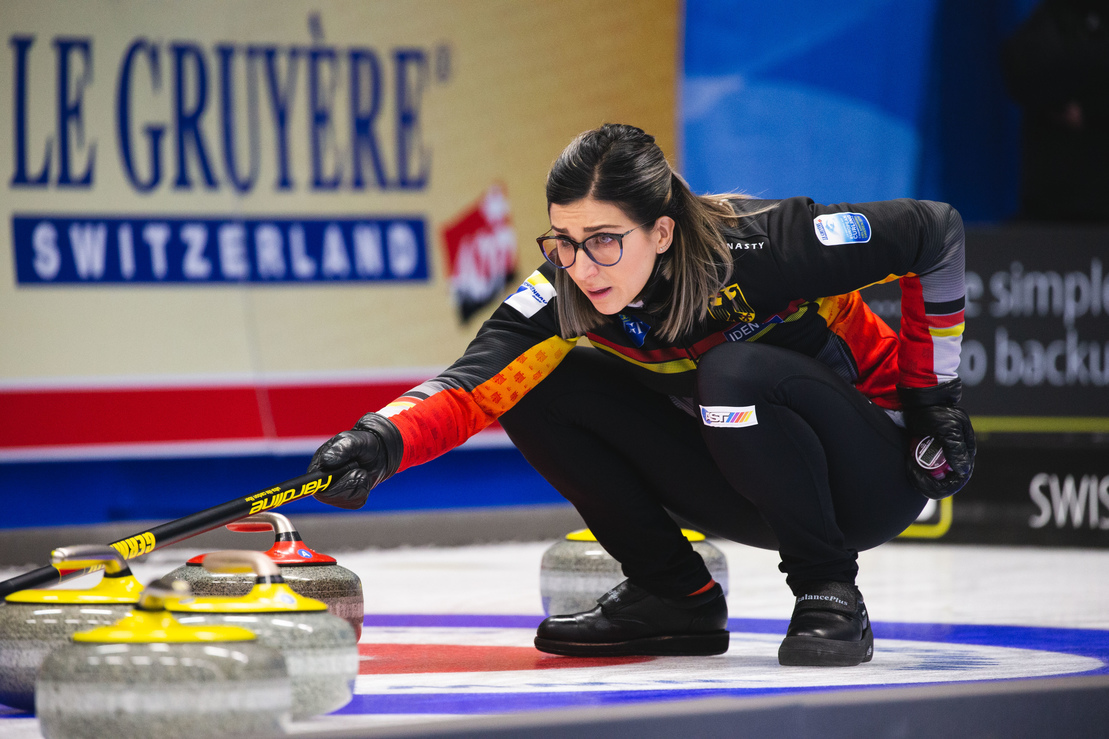 In women’s Monday afternoon round-robin session, Germany recorded their first win, beating Czech Republic by 9-8. Also in this session, Scotland remained undefeated with a top of the table win over Switzerland, also with a score of 9-8.

In the other three games of the session, hosts Sweden beat Latvia by 9-2, Russia had a 9-3 win over Denmark, and Norway edged out Estonia by 7-6.

Germany opened against Czech Republic by losing three points in the first end. German skip Daniela Jentsch commented on this, “in the first end my first stone wrecked the guard. This brought me down and caused me to struggle mentally throughout the entire game.”

In the fifth end the Czechs scored three again, but Germany followed this with a score of three of their own in the ninth end to tie the game 8-8. In the final end Czech Republic had the chance to win the game, but Czech skip Anna Kubeskova was heavy on her draw giving Germany a steal one to win the game 9-8. When asked how she felt watching the Czech final shot, Daniela Jentsch said, “I was just trying to breathe and stay alive because I could feel my heart beat very fast. I was just trying to pretend that I was cool.”

The top of the table clash between the only two undefeated women’s teams left – Scotland and Switzerland – resulted in a Scottish victory.

With the score 6-4 to Switzerland in the eighth end, Scottish skip Eve Muirhead had a well-judged precision draw just passing the front guard to score three and put the Scots in front 7-6. Switzerland then scored two in the ninth end forcing Scotland to score at least one in the tenth to force an extra end. However, Muirhead did one better and scored two, giving her team an 9-8 victory. After the game she said, “The eighth was the turning point, it was important that I made that shot.”

Hosts Sweden overcame Latvia with a score of five in the sixth end that led the Latvians to concede with the score at 9-2.

Russia in turn managed to defeat Denmark, helped by  two points in the sixth end that caused Denmark to concede the game with the score at 9-3. Following this, Russian skip Alina Kovaleva said “it’s always good to win and it’s even better that we played well today.”

In the final game of the session, Norway beat Estonia 7-6, coming from 5-2 behind with three points in the seventh end to tie the game at 5-5. In the final end, the Norwegians stole a single point.  With this win, they improved to a record of 2-2 with the Estonians dropping to 1-3.