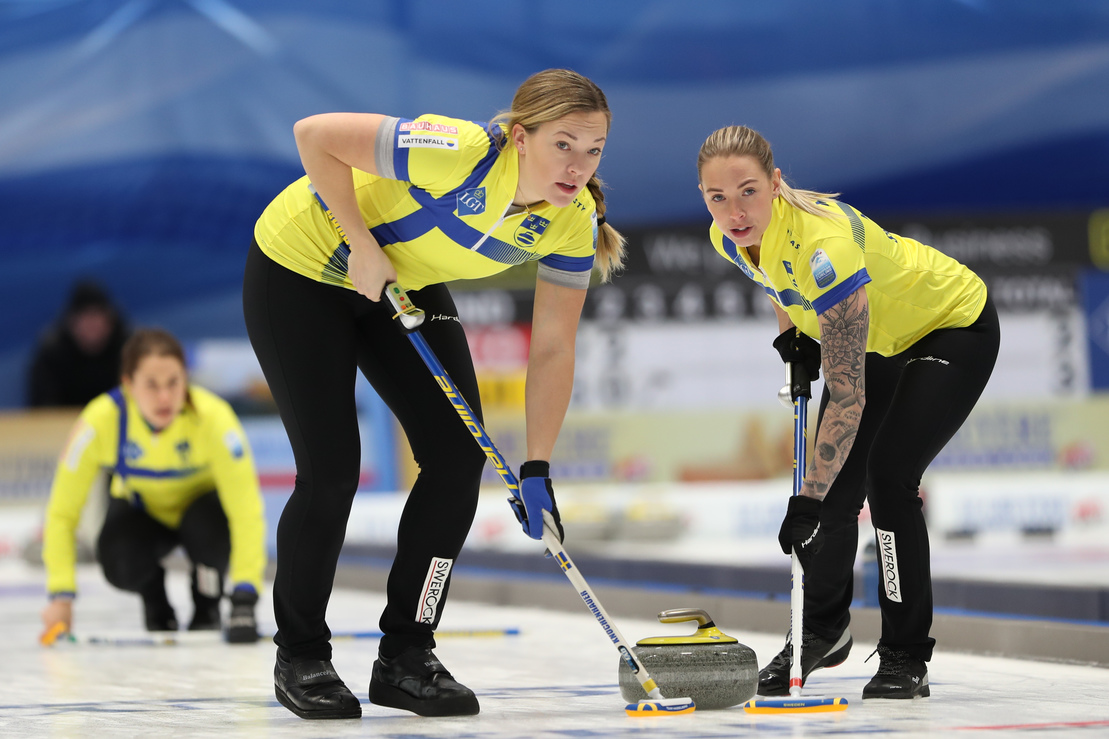 No unbeaten teams remain in the women’s field at the Le Guyère AOP European Curling Championships 2019 after session five.

Previously untouched Scotland, faced hosts and Olympic champions, Sweden. With a Swedish win, 11-4, the hosts improved their record to four wins and one loss, joint with Russia, Scotland and Switzerland, who all had successes this evening.

Germany had an extra end victory against Estonia, 7-6, while Denmark also beat Latvia 8-4. Both teams now have two wins and three losses.

It was a rematch of the PyeongChang Olympic Winter Games semi-final, featuring Scotland’s Eve Muirhead against Sweden’s Anna Hasselborg. In the eighth end, Hasselborg played a momentum shifting double take-out for four points to take a 7-4 lead.

A second score of four was put on the board for the Swedes, when Muirhead was light and wide on a draw, giving up a steal of four points and conceded the game 11-4.

Swedish second, Agnes Knochenhauer commented on the teams’ strong second half, “It was a good game, an even game from the start. We worked our way into the game slowly and played a great second half and came away with a win.

Competing on home ice, the fans in Helsingborg are flooding the stands with yellow and blue. This hasn’t gone unnoticed by the hosts.

“This is the best. We have a lot of family and friends here and even more coming later this week. Even though this isn’t our hometown we feel like we have a lot of support here.”

Trying to stay on the leader’s tails, Denmark’s Mathilde Halse put three points on the board with a draw to the four-foot in the sixth end against Latvia. This pushed the team forward in their eventual 8-4 win.

“It was nice having the girls out there in a really good mood. We were just happy all the way through, no nerves nothing.”