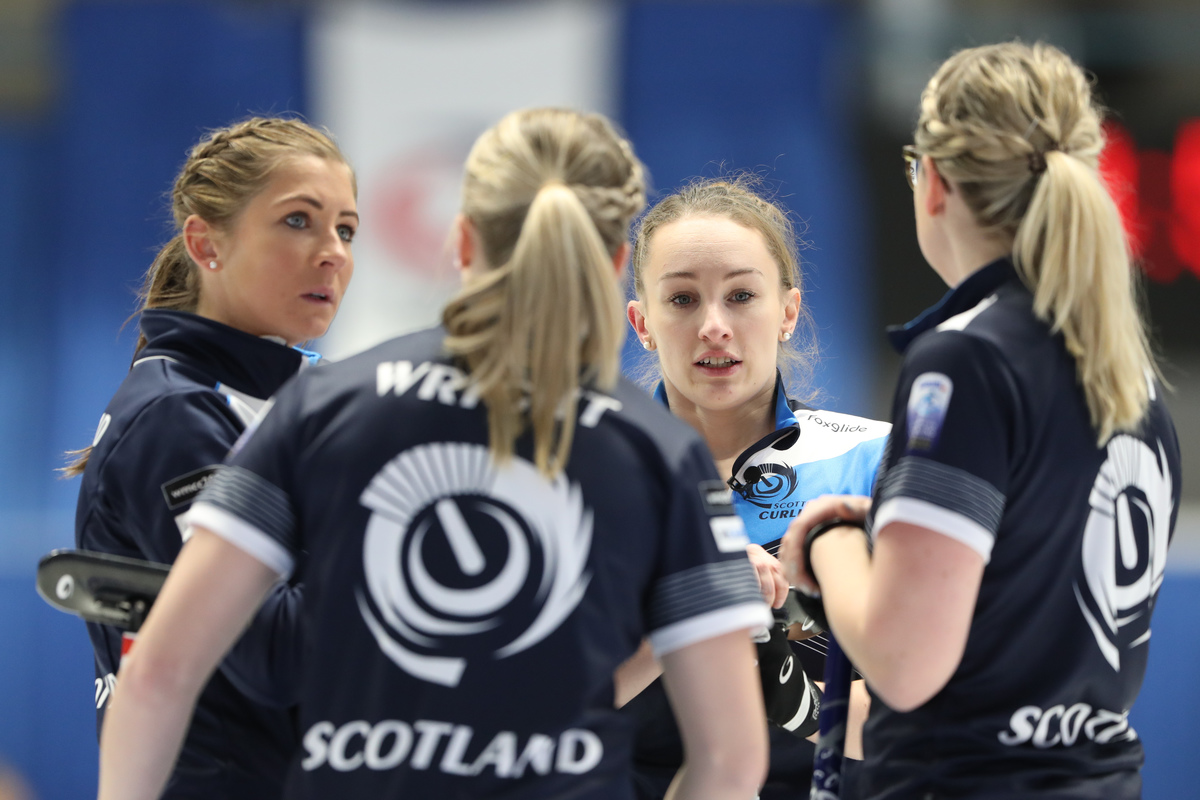 In Friday afternoon’s women’s semi-finals, in front of a pro-Sweden crowd, Sweden’s Olympic champions, skipped by Anna Hasselborg faced Russia’s Alina Kovaleva. On the sheet next to them, also competing for a spot in the final was reigning world champions, Switzerland’s Silvana Tirinzoni against Scotland’s Eve Muirhead.

Against Sweden, Russia opened the scoring with one point in the first end and, in the second end, Sweden’s Hasselborg had an open draw into the house to score two points and take a 2-1 lead. Sweden then had a steal of one point in the third end for a 3-1 lead.

Russia could only score one point in the fourth end and, after Sweden blanked the fifth end, the teams went into the break with Sweden holding a 3-2 lead.

In the eighth end, having built up stones in the house behind a corner guard, Hasselborg squeezed through a port to remove the lone Russian stone to score five points. Russia immediately conceded defeat at 9-3, putting Sweden into the gold medal final for the fourth year in a row.

After her team’s win, Hasselborg said, “We came out firing from the start. I felt the whole week that we had this game in us, we haven’t just put it out there. We love the play-offs and we put it out today. I’m very, very proud of the team’s performance.”

Speaking about the game-sealing eighth end she added, “We knew they were going hard for the steal, so it was important for us to just be focused and to keep rocks in place. We knew it was going to be a big shot for the end.”

In the other semi-final Switzerland met Scotland.

After blanking the first end, Switzerland put one point on the scoreboard in the second end. In the third end, it was Scotland’s turn to blank and they eventually levelled the score with one point in the fourth end.

Altogether, this game featured six blank ends, with the score remaining 1-1 until the eighth end.

Then, After the Scots had built up stones in the house, Switzerland’s fourth player Alina Paetz was short with her final stone and Scotland stole a single point to advance 2-1.

After a further blank in the ninth end , Paetz was forced to draw for one point in the tenth end to force an extra end. The eleventh end came down to a final draw by Scotland’s skip Eve Muirhead, where she had to touch the eight-foot for the win. Muirhead did just that, and advanced her team to the gold medal game.

After this win, Scotland’s Muirhead said, “That game was 100% a game of patience. When we were level playing the eighth end we said, ‘let’s go really hard for a steal here’ and that’s exactly what we did. I think the eighth end was the turning point. Sweden is going to be a different game, it’ll be tough. It’ll be a big battle and we’re going to have to dig deep.”

Switzerland will now play Russia for bronze medals this evening.