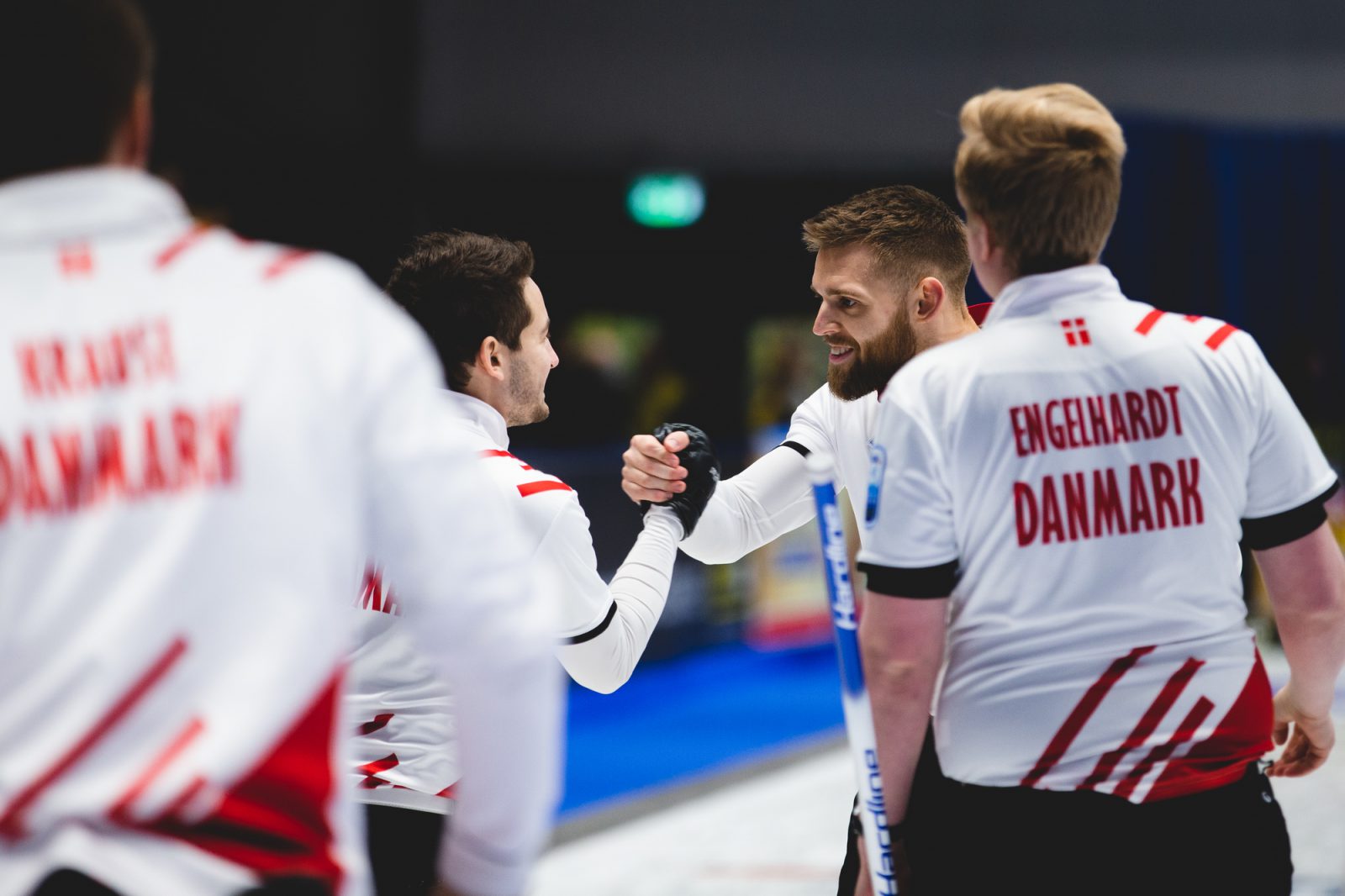 Six teams were still battling it out for three places in the Le Gruyère AOP European Curling Championships 2019 men’s semi-finals when they came onto the ice for Thursday (21 November) morning’s ninth and last round-robin session.

With the results of this last round-robin session in the men’s competition, Sweden, Switzerland, Denmark and Scotland all proceed to the semi-final stage.

Sweden, who had already qualified, faced Scotland and won, by 7-3. This win gave them a perfect 9-0 record throughout the round-robin and guaranteed last stone advantage in the semi-finals.

Results elsewhere meant that, despite this loss, Scotland also qualified in fourth place, and these two teams face each other again in the semi-finals.

Swedish skip Niklas Edin, who knew his team had already secured top spot wanted to make sure of the round-robin win, saying afterwards, “We tried to get control of the stones before going into the play-offs, so that we have a choice of colour and what choice of stones we want to play.”

Down to the wire

Denmark beat Germany by 7-5 to keep their semi-final hopes alive, while Norway’s 5-4 win over Netherlands kept them in the mix, with everyone waiting on the results of the Switzerland versus Italy game taking place on Sheet E.

That game between Italy and Switzerland went all the way to an extra end after Italy skip, Joel Retornaz played a precision draw to level the game at 5-5, after ten ends.

In the extra end, Swiss skip Yannick Schwaller hit out an Italian stone with the last shot of the game for two points and the 7-5 win.

Switzerland’s win not only qualified them in second place, but also opened the door for Denmark to finish third and face the Swiss in the second semi-final. Italy and Norway, despite finishing with the same 5-4 record, did not make the semi-final cut due to their head-to-head results.

Swiss skip Yannick Schwaller spoke about the final shot to seal the win, “It was easier just to hit the shot in the open, rather than to go for the draw. I felt like I couldn’t miss.”

In the fifth game of the session, with both Russia and England already having been mathematically relegated to the B-Division, the only thing left to play for was final rankings. The Russians managed to secure their second victory of the championships by winning 6-3.