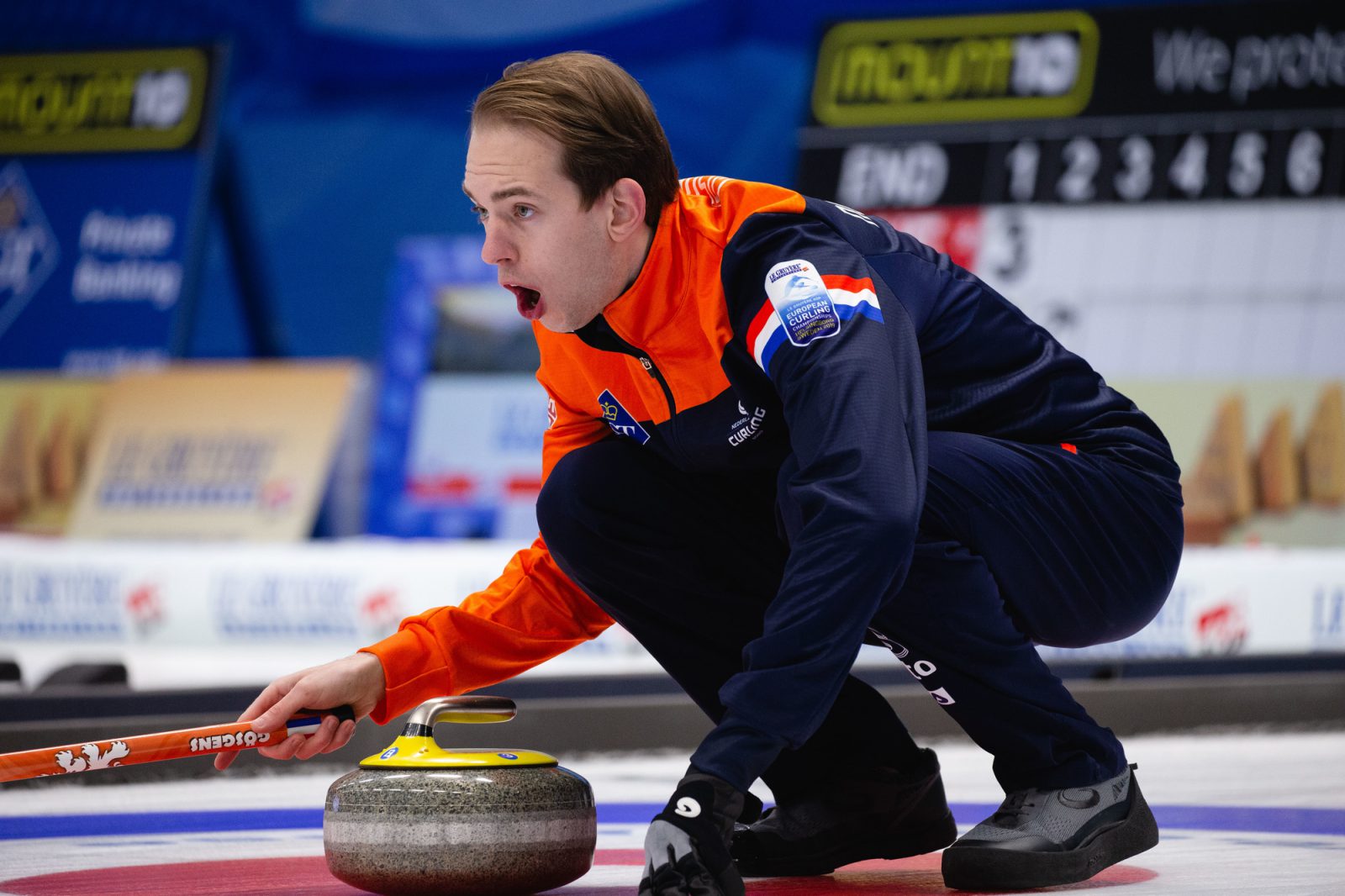 Denmark, Netherlands and Norway all recorded their first wins so far in Saturday (16 November) evening’s second session of men’s round-robin play in The Olympia Rink in Helsingborg, Sweden.

Denmark beat Russia, 6-4, while Netherlands won by 8-5 over England and Norway beat Germany, 6-2.

After blanking the first end of their game against Denmark, Russia’s skip Sergey Glukhov played a draw with his last stone of the second end to open the scoring at 1-0.

Then, in the seventh end, with the score tied at 2-2, Glukhov hit out a Danish stone to score two points and take a 4-2 lead. However, Denmark eventually took the lead for the first time in the tenth end to win the game by 6-4.

Afterwards, Danish skip Mikkel Krause said, “We’re very relieved. We worked hard to get here and it’s nice to get on the board. The next three games are very difficult – against Norway, Scotland and Switzerland – so we weren’t counting on any of those.”

Netherlands faced England in this session, with both teams looking for their first win.

In the sixth end, with the score tied at 3-3, Netherlands’ fourth player Wouter Goesgens had a draw-shot into the eight-foot ring to score two points and take a 5-3 lead. Netherlands later emerged as 8-5 winners.

After this first win, Netherlands skip Jaap Van Dorp said, “It’s a combination of being relieved and happy. We played a good last end and put the pressure on them and got the win out of it. We’re always happy with that but we have room for improvement. We’ll be sharper tomorrow.”

Norway were up against Germany and, in the fifth end, Germany’s skip Marc Muskatewitz drew his second stone just inside a Norwegian counter in the house to score one point and level the game at 2-2. Eventually, Norway went on to win by 6-2 to give them their first victory so far.

Later, Norway skip Thomas Ulsrud said, “That was an important win for us, we had a really bad start this morning, and we’ve bounced back with a pretty good game now. I’m really happy with how we played this game, so that’s good news. The scoreboard was close, but I felt we had control.”

Scotland and Sweden top the table

World champions Sweden faced Switzerland in this session and, Sweden’s skip, Niklas Edin, opened the scoring in the first end with a draw into the house for three points.

In the fourth end, with Sweden leading by 4-1, Switzerland’s skip Yannick Schwaller also played a draw-shot to nestle onto one another Swiss stone, scoring two points to reduce Sweden’s lead to 4-3. However, Sweden continued to dominate and eventually won by 8-5.

The fifth game of this session saw Scotland play Italy.

Scotland held a 4-0 lead after three ends, but in the fourth Italy skip Joel Retornaz drew his last stone into the four-foot ring to open his team’s scoring with two points and reduce Scotland’s lead to 4-2. However, Scotland went on to win by 7-5.

Men’s standings after session one