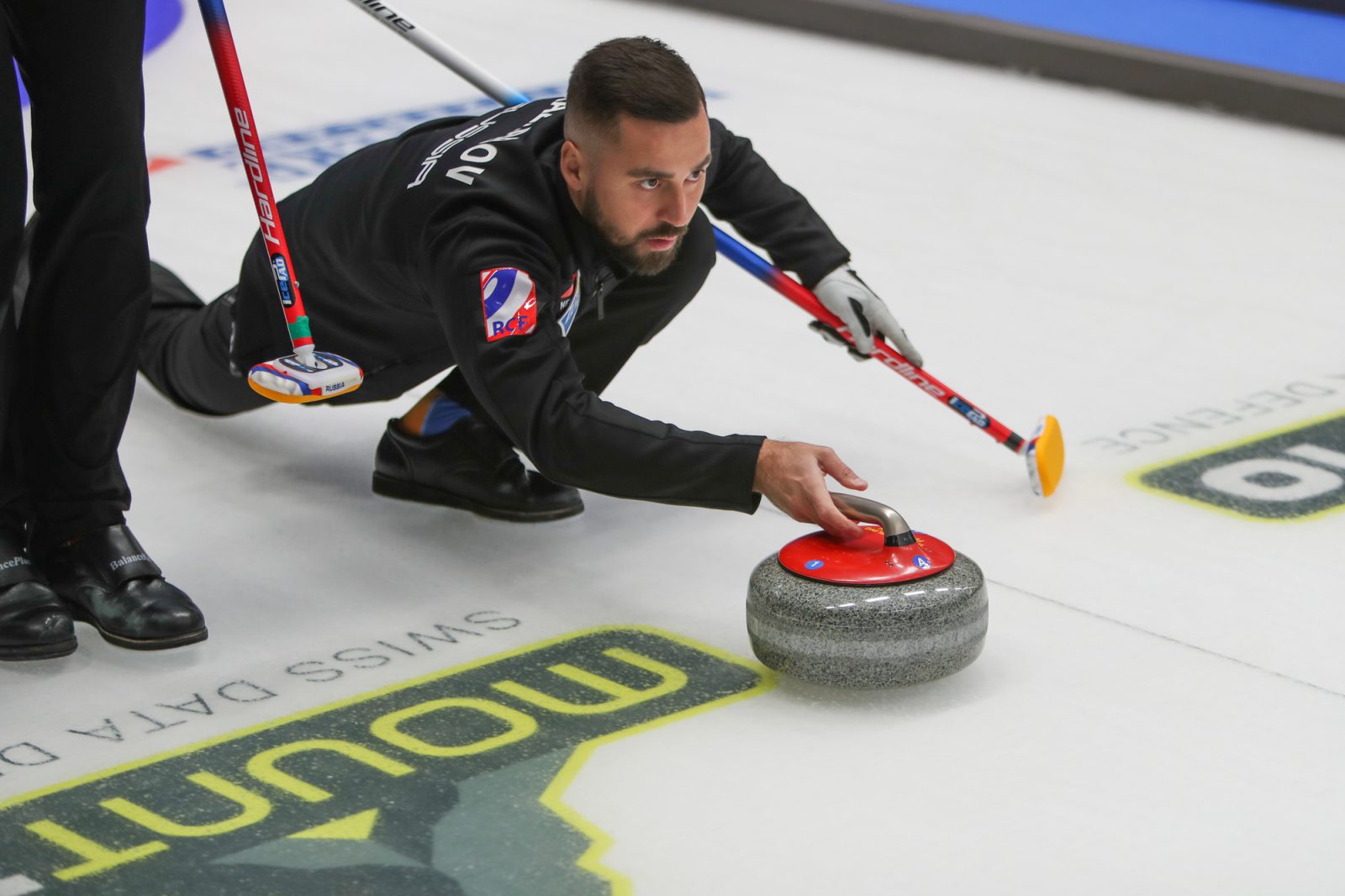 In Sunday afternoon’s third men’s round-robin session at the Le Gruyère AOP European Curling Championships 2019, Russia recorded their first win so far, beating Scotland by 8-5, while an 11-4 victory over Denmark gave hosts Sweden their third win to place alone, unbeaten, at the top of the table.

Other winners in this session were Switzerland, who beat Denmark by 11-5, and Germany – 6-4 winners over the Netherlands, while England were awarded a win over Norway.

Scotland were undefeated when they faced a Russian team still looking for their first win.

In the ninth end, with Scotland leading by 4-3, Russia skip Sergey Glukhov played a hit and stay to score five points and take an 8-4 lead. Russia went on to win their first game so far, by 8-5.

Afterwards, Glukhov said, “We’re working as a team and trying our best to win. It was very important to win this game. It was a bonus to score five in the ninth end, we were very accurate and it was a little bit lucky, but it was fine.”

Hosts and world champions Sweden played Italy in this session and, in the sixth end, their skip Niklas Edin produced a double take-out with his first stone to set himself up with a draw for four points with his second stone, to make the score, 7-3.  Sweden went on to win by 11-4 to stay unbeaten at the top of the table.

Switzerland faced Denmark in this session and, in the fourth end Switzerland’s skip Yannick Schwaller drew his last stone onto two other Swiss stones already in the house to score three points and take a 5-3 lead. Switzerland went on to record their second win so far, by 11-5.

After this win Schwaller said, “We are pretty happy sitting at two and one, but we could have played stronger. We weren’t really happy with our performance in the beginning of that game so that’s what made that game a bit heated up.”

Netherlands faced Germany and, in the fifth end, the Dutch fourth player Wouter Goesgens played a draw-shot to score a single point and reduce Germany’s lead to 4-2. Germany went on to run Netherlands out of stones in the tenth end, to win by 6-4.

After this second win for Germany skip Marc Muskatewitz said, “We had a good start, we were in control for the first three or four ends, but then we struggled a little in the middle of the game and they came back. I had some misses and that’s why they came to 4-4. But in the end, we said we had to get sharper and that’s why we made it.”

In the fifth game of the session, Norway played England, and in the first end, their skip Thomas Ulsrud played a hit and stay on an England stone on the wing to open with a score of four points. Later, in making a player substitution at the fifth end break, Norway contravened WCF rule C3 (g) which relates to the use of a brush by a substitute and, because of this, England were awarded the game.