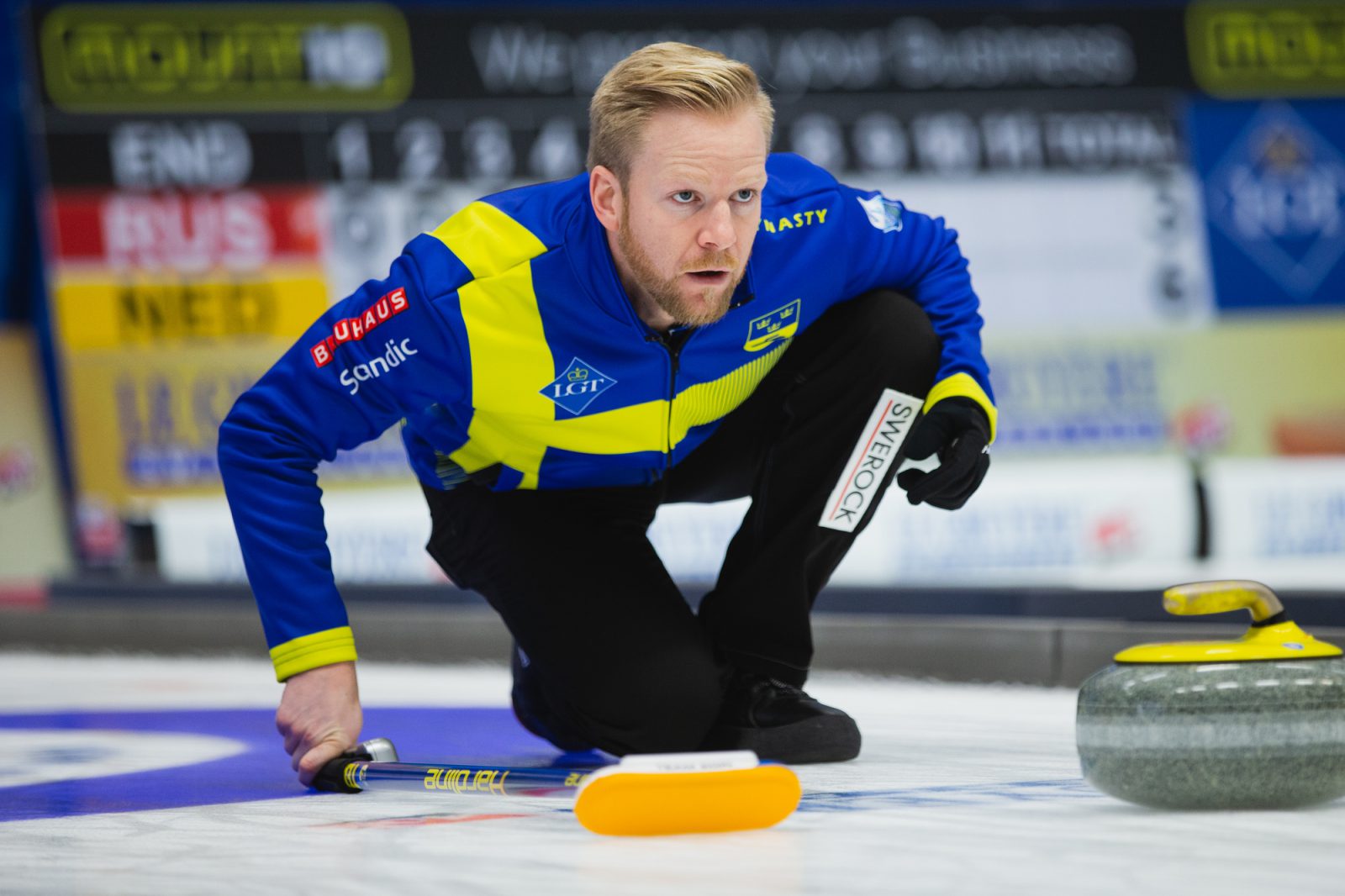 In Tuesday (19 November) evening at the Le Gruyère AOP European Curling Championships 2019, hosts Sweden became the first side to qualify for the play-offs in Helsingborg.

Sweden maintained the top spot in the rankings and claimed the first play-off place by beating Norway, 7-2 in just eight ends.

Sweden then went on to steal single points in the sixth and eighth ends, after which Norway conceded, giving Sweden their seventh win of the week to remain undefeated.

The race for second place

Scotland moved into clear second place after defeating England, 7-5. Scotland opened the scoring in the second end, when their skip, Ross Paterson had an open hit on the lone English shot stone for a score of two points.

Scotland extended their lead in the sixth end, when Paterson played a hit on the English stone in the four-foot ring and had his shooter stick at the edge of the 12-foot ring, scoring three points and going ahead, 6-2. Scotland went on to win 7-5 and now sit alone in second place with five wins.

Netherlands recorded their second win of the day by beating Russia, 12-4. Netherlands took an early lead after stealing a single point in the first end, then stole two points in the second end after Russia skip, Sergey Glukhov’s take-out attempt failed to stick in the house.

A steal of four points in the ninth end by Netherlands was enough for Russia to concede defeat.

Afterwards, Netherlands skip, Jaap Van Dorp said, “We’ve played these guys before. We knew what we wanted to do. [We] wanted to get our stones into good positions and put pressure on them. I think we did that well and they struggled with it.”

Germany defeated Switzerland, by 5-4, in this session to join them in third place on four wins and three losses.

Switzerland trailed, 3-4, after seven ends, and blanked the next two ends, then in the ninth end were forced to take a single point, giving up their last stone advantage in the tenth end with the score level at 4-4. In that last end, Germany skip Marc Muskatewitz played a double take-out to clear the house of Swiss stones and score the single point needed for the win.

Afterwards, a delighted Muskatewitz said, “It feels amazing. We fought the whole game and at the end we made it. It’s nice to make it a tight game and in the end, to win.”

In the final game of the session, Denmark defeated Italy, 9-8 after an extra end. In the seventh end of this game, Denmark skip Mikkel Krause played a precise double take-out to remove both Italian counters from the four-foot ring, then stuck his shooter at the edge of the 12-foot ring for a score of three points and a 6-4 lead.

Italy trailed 5-8 going into the tenth end, but their skip Joel Retornaz, played a precise draw to the four-foot to take the game to an extra end.

In that extra-end, Krause played a perfect tap on an Italian stone on the button, to score the single point for the 9-8 win.