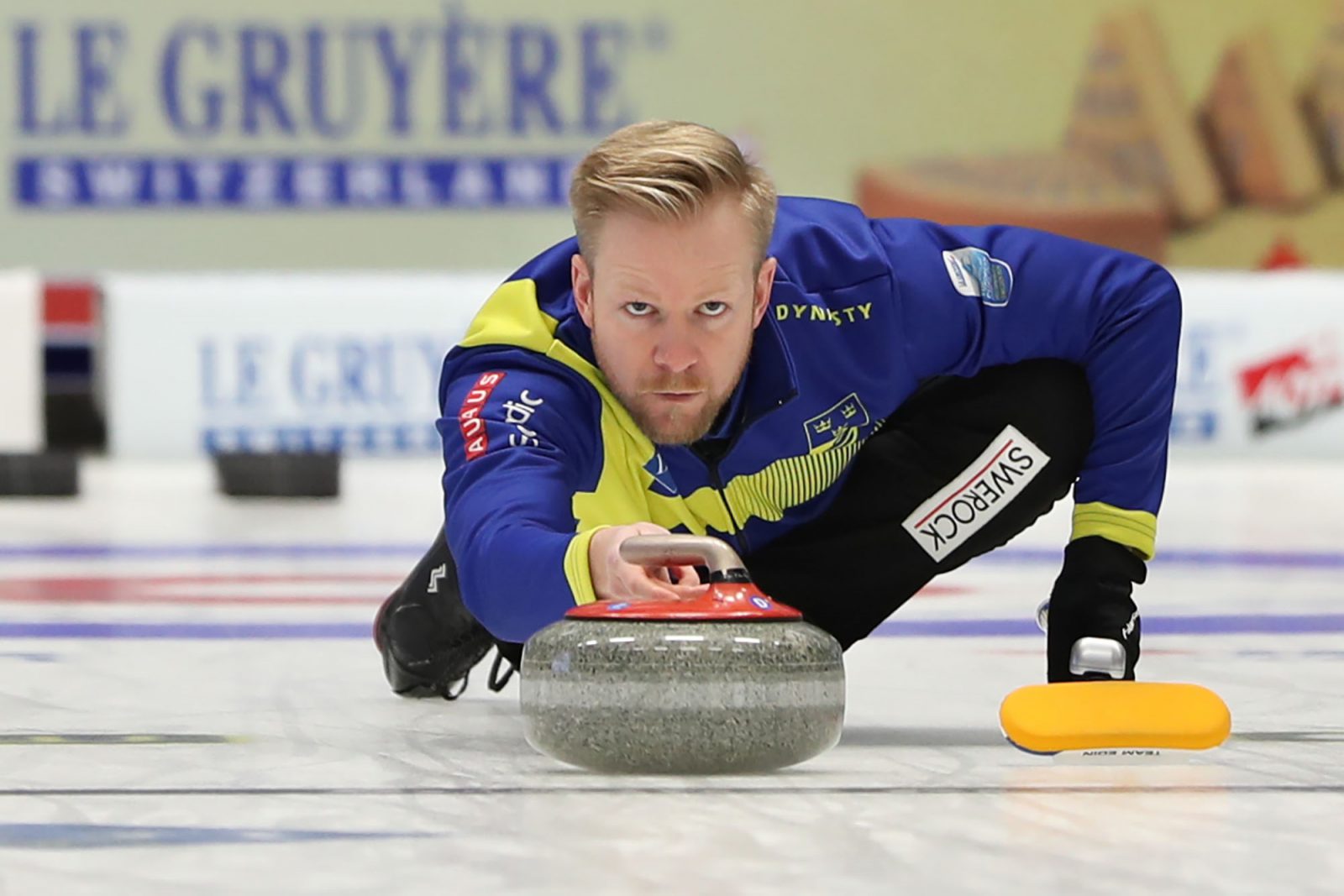 Sweden play for the title on home soil

Sweden have returned to the final of the European championships after an 8-4 win over Scotland in the first semi-final.

Sweden began the game, with last stone advantage and used it to good effect when they scored two points in the first end after skip, Niklas Edin played a hit and stay to a Scottish stone in the four-foot ring.

In the fifth end, Scotland skip, Ross Paterson played a hit and roll on a Swedish stone in the eight-foot ring to score two points and reduce the deficit to 3-4 going into the break.

Sweden extended their lead to 6-3 in the seventh end, after Edin played a precise hit and roll to score two points.

Scotland could only score a single point in the eighth end, before Sweden scored a further two points in the ninth end. After which, Scotland conceded with the score, 8-4 to Sweden.

Edin talked about maintaining their early lead, “It was quite hard. They played really well. We kind of had to play on that lead. It was big enough to keep the momentum on our side. We couldn’t give up any risks and they got back into the game, so it was important for us to keep the focus. That two in seven feels like it really sealed the deal.”

Looking ahead to the final and opponents Switzerland, he added, “They are playing really well at the moment, so we are going to have to play well. I think we are going in as favourites, but in a final anything can happen. I think Yannick is that kind of person who plays better when there is something on the line.”

Switzerland return to the final after four-year absence

Switzerland will join Sweden in the gold medal final after defeating Denmark, 8-5. This will be Switzerland’s first European final since 2015, where they took home the silver medals.

In the second semi-final, Switzerland opened the scoring with two points in the first end, when their skip, Yannick Schwaller played a draw into the four-foot ring with his final stone.

Switzerland then scored a single point in the fourth end, before stealing two points in the fifth end for a 5-1 lead at the break, when Denmark skip, Mikkel Krause was only able to remove a single Swiss counter with a difficult raise take-out attempt.

Afterwards, Schwaller said, “I’m still pretty nervous. You try and stay in the tunnel as long as you can, especially when the rest is just clear, it’s important to stay consistent until the end. Of course, it will sink in, but we know we have one more to do.”

Reflecting on their performance this week, he added, “The team is playing good so far, better and better from game to game. We are looking forward to having the day off tomorrow so we can regroup and attack and give everything in the last game.”

Scotland and Denmark will now compete for the bronze medals on Friday (22 November) evening at 19:00 Central European Time (CET)

The gold medal final between Sweden and Switzerland will take place on Saturday (23 November) at 10:00 CET