Men’s defending champions and hosts have opening victories in Helsingborg 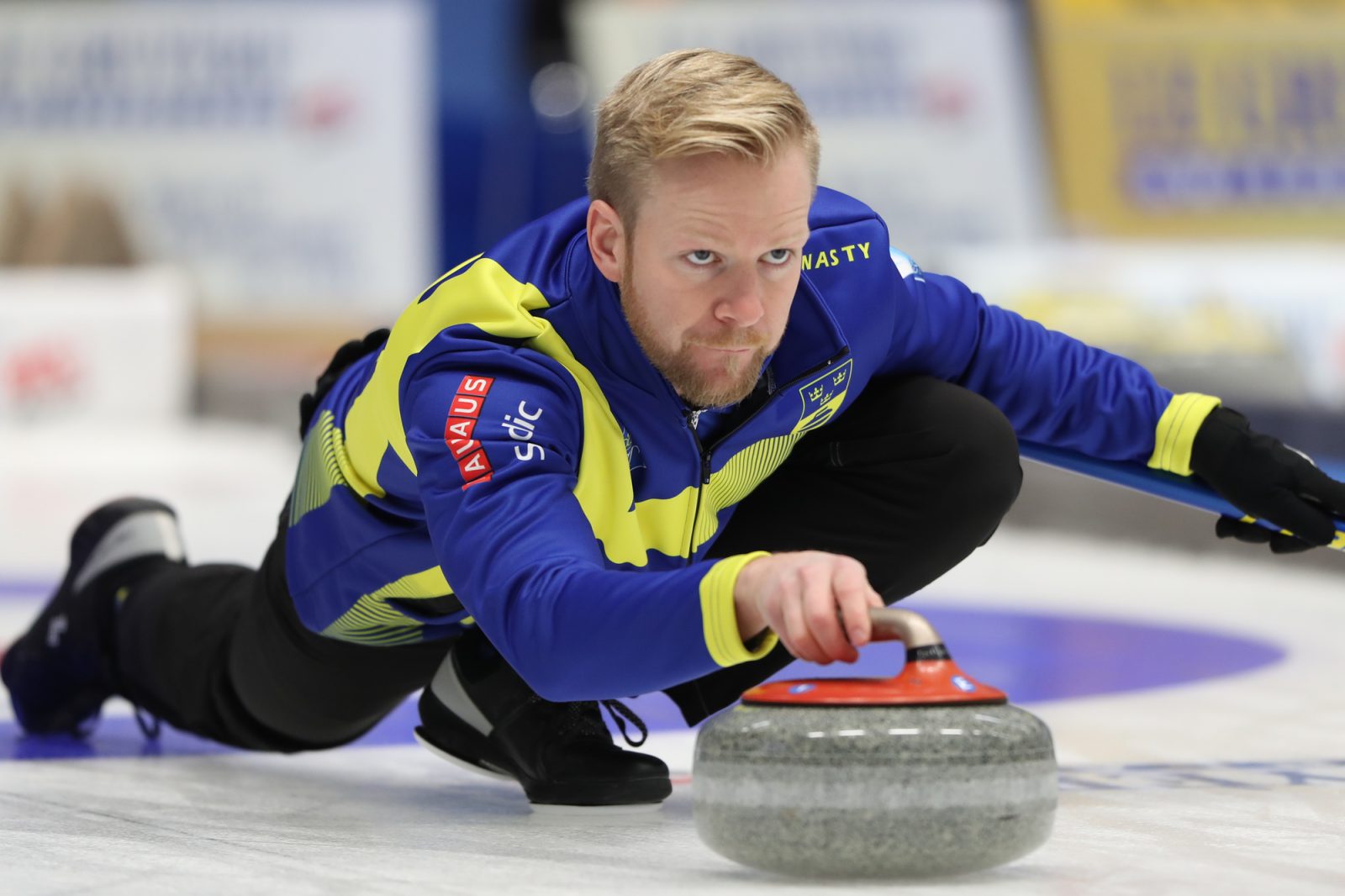 The reigning world champions, Sweden, skipped by Niklas Edin, gave the hosts a 9-3 victory over Denmark, while Scotland beat Norway, by 10-4.

Also winning in the opening session were Switzerland, 9-4 against Netherlands; Italy, 8-6 against Russia; and Germany, 9-8 against England.

The pressure of playing at home

Sweden began their game against Denmark with two points in the first end and followed that with a single-point steal in the second end to take an early 3-0 lead.

After this opener, Edin said, “That was a good start. The ice is a little frosty, so it’s not super-easy to play the finesse shots. We were happy to get an early lead and control the game from there.”

He added, “It feels really good to be playing in Sweden. We feel it’s fun to play in front of our home crowds. There is increased pressure in a good way. When you play at home you want to do well in every situation, and I can feel that.”

Scotland are the defending champion nation and are represented by a new combination this year. They faced Norway and, in the third end, with his team already leading by 3-1, thanks to a nose-hit for three in the first end, Scotland skip Ross Paterson drew his final stone into the four-foot ring to score two more points and move onto a 5-1 lead.

Then, in the sixth end, Norway skip Thomas Ulsrud responded with an angle raise take-out to score two points and reduce Scotland’s lead to 6-4. Despite this, Scotland then went on to win by 10-4.

After the game, Paterson said, “We had a team meeting last night and talked about what’s going to give us a good week and that was concentrating on one game at a time, on our processes on every shot, and we’ve managed to do that in our first game. We had a good read of the ice and execution was pretty good as well.”

Elsewhere in the opening session, Switzerland faced Netherlands, and in the second end, with Switzerland leading by 2-0, Netherlands’ fourth player Wouter Goesgens tapped-back a Swiss stone to score two points and level the game at 2-2.

Later, in the eighth end, Switzerland skip Yannick Schwaller played a take-out of a Dutch stone to score three points in the end for an 8-4 lead.  Switzerland went on to win by 9-4.

Schwaller said later, “We wanted to get a solid start, a quiet start, just to get more confident and get used to the ice. And then in the second half we wanted to go for the game and that’s what we did.”

Italy, who faced Russia in this session, were bronze medallists at last year’s Championships.  In this opening game their skip Joel Retornaz played a hit and stay on a Russian stone to score two points in the seventh end to take the lead at 6-4. After this, Italy went on to win by 8-6.

Germany played England in what turned out to be the tightest game of the session. In the fourth end, with the score tied at 2-2, England’s skip Andrew Reed had the whole house to draw his final stone into position to score four points and take a 6-2 lead.

In the fifth end, Germany skip Marc Muskatewitz also had a draw into the house to score four points to level the score again at 6-6. After the teams were tied once more, at 8-8 in the ninth end. Germany emerged as 9-8 winners when Muskatewitz was left with an open hit and stay for the single point in the tenth and final end.

Men’s standings after session one