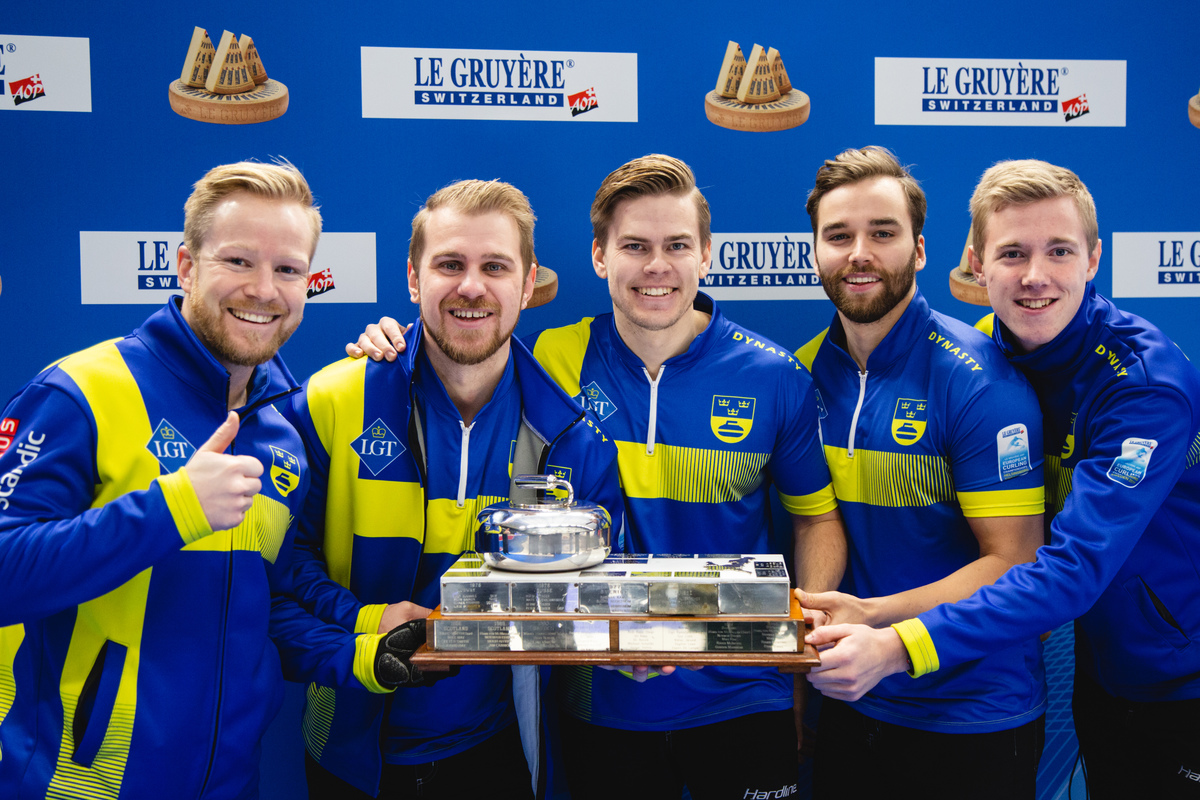 Sweden’s Niklas Edin added a seventh European title to his collection when he led his team to a 9-3 win over Switzerland in Saturday morning’s men’s final of the Le Gruyère AOP European Curling Championship in Helsingborg, Sweden.

Sweden used last stone advantage in the first end to open the scoring with two points. In the second end, Switzerland skip Yannick Schwaller attempted to get on the score-board but his draw could not get inside Sweden’s counter that was sitting in the four-foot ring, giving Sweden a single point steal and a 3-0 lead.

After blanking the third end, Schwaller found himself facing four Swedish counters when he played his final shot of the fourth. He successfully out drew these to score his first point of the game.  After this, Sweden blanked the fifth end and went into the halftime break with a 3-1 lead.

In the sixth end, Edin picked out the lone Swiss stone in the house, and while his shooter rolled out, he still had three stones in the house, to take a 6-1 lead. Then, in the seventh end, Schwaller took out the Swedish stone in the house and kept his own in position to score one point and reduce Sweden’s lead to 6-2.

In the eighth end, Edin’s straight double attempt was but too straight and jammed into a Switzerland stone to give the Swiss a single-point steal and reduce Sweden’s lead to 6-3.

There were two Swedish stones at the back of the house, when Edin came to play his final shot of the ninth end. Edin managed to get by a guard to take out a Swiss stone and stayed in position to score three points from the end. With this Switzerland shook hands, and Sweden won by 9-3.

Afterwards, a delighted Niklas Edin said, “it feels really, really good. We played so amazing all week; I don’t think we’ve ever played better throughout a whole event. There were no close games.  Looking back at it, it’s our most dominant win ever and doing that at the European Championships feels unreal.”

He also acknowledged the home crowd, saying “the crowd today was amazing. It was a really good atmosphere and it was an amazing final to play.” 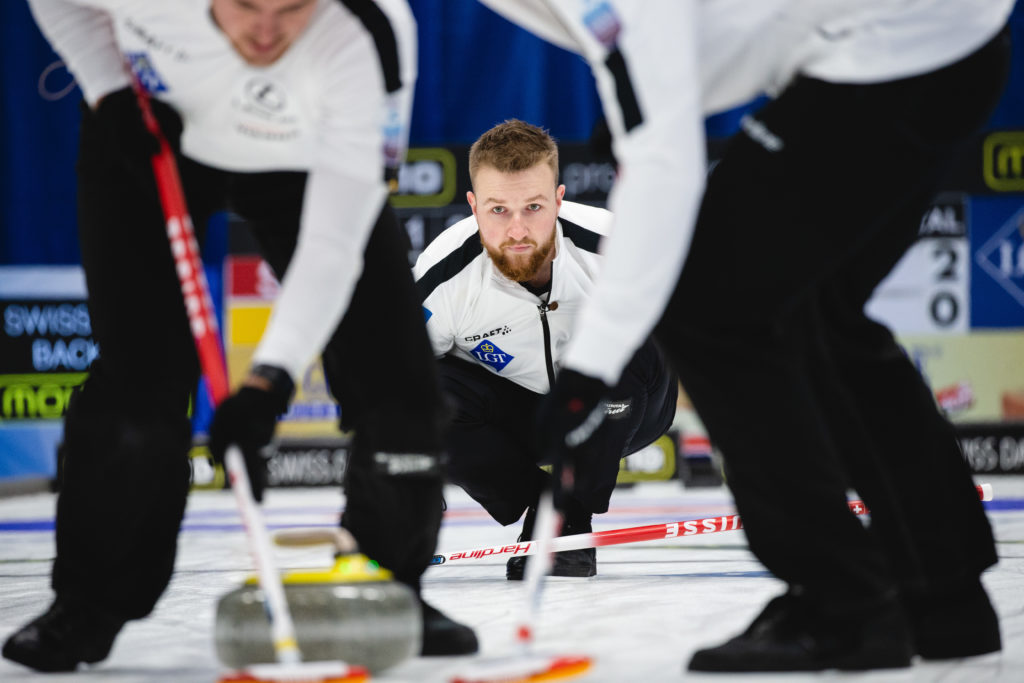 After the game Schwaller said, “Of course we are proud of the silver medal, but we’re still sad, five minutes after the game. We had a disappointing start so it’s a pity that we couldn’t have our ‘A’ game. They played great and if we could have played better from the start it could have made it a bit more interesting.”