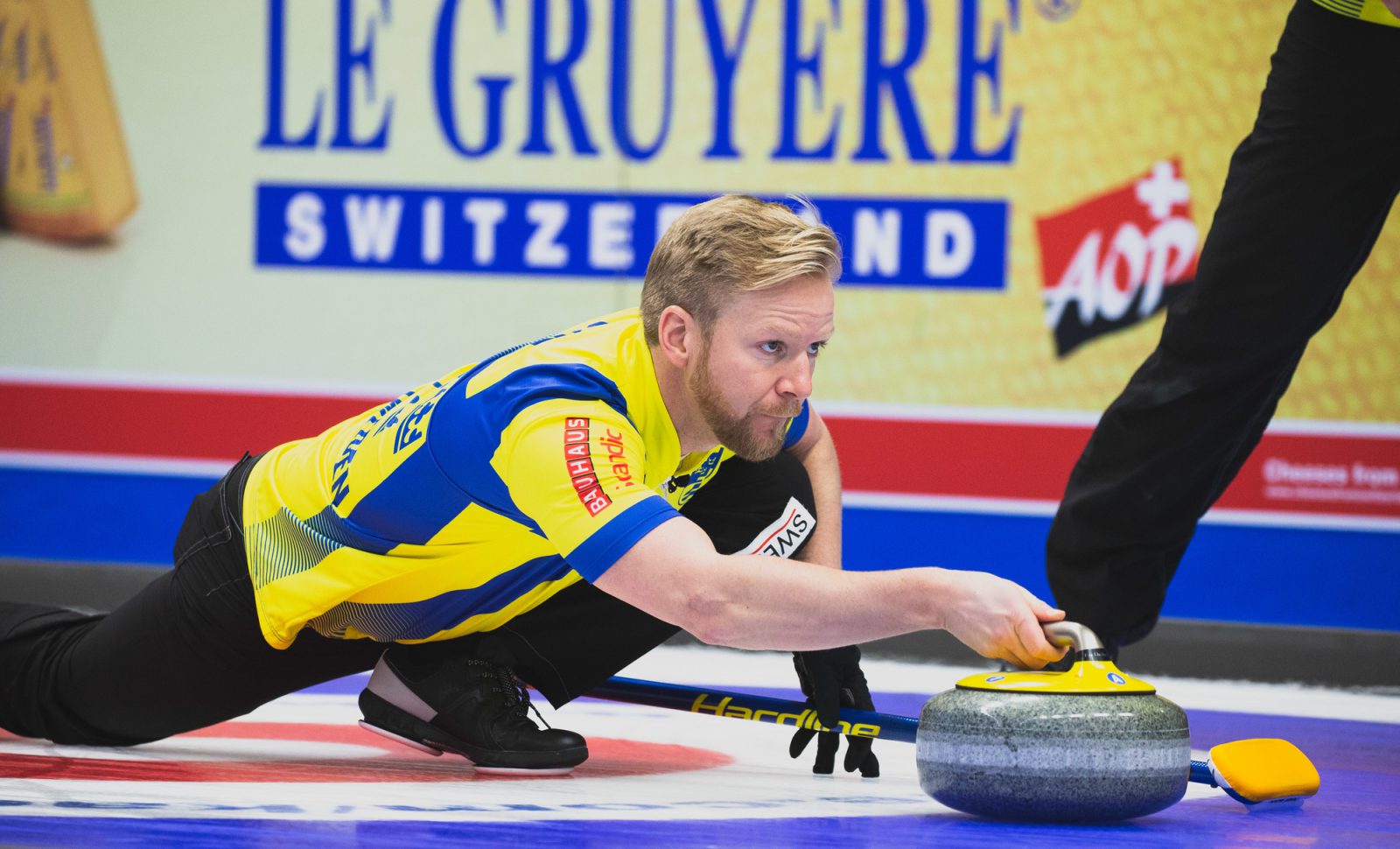 With a 9-4 win over England in Monday (18 November) morning’s fourth men’s round-robin session in the Olympia Rink in Helsingborg, Sweden protected their unbeaten record and maintained their position at the top of the rankings.

Leading the chasing pack on just one loss each are Scotland – 9-3 winners over Netherlands, and Switzerland, who beat Russia by 10-6 in this session. The other session winners were Italy, who beat Germany by 10-3, and Norway, 8-7 winners over Denmark.

Top of the table

After this, skip Niklas Edin said, “We knew this was a game we were favourites to win, but we still had to do the job. We had a good enough start to be able to relax. After two ends we felt in cruise control.”

Scotland also had a strong start in their game against Netherlands, scoring three points in the first end and stealing a further two points in the second end to set up their eight-end 9-3 win.

The Scots had lost their previous game to Russia and skip Ross Paterson said, “that was an important bounce-back game after yesterday, we just got back to execution which I thought we did well from the start. We put those boys under pressure, we managed to get an early lead and after that we were controlling the game.”

Switzerland faced Russia in this session and in the fifth end, leading 4-2, Switzerland skip Yannick Schwaller played a raise take-out with his last stone, removing the lone Russian stone in the house, for a score of four points and an 8-2 lead. The Swiss went on to complete a 10-6 win.

Germany played Italy in this session and in the fifth end, Italian skip Joel Retornaz played a draw to the four-foot ring with his final stone to score four points and take a 7-3 lead. Two more points for Italy in the seventh end were enough to persuade Germany to concede the game, at 10-3 to Italy.

Speaking afterwards, Retornaz said, “We needed a win to keep the rankings tight.  We invested a lot of time in the fifth end, but it was a good investment because we had a big end. We played amazing shots with great angles, we kept control of the whole end, and we had a draw for four.”

In the fifth game of this session, between Denmark and Norway, the Norwegians had a good start, opening with two points and stealing a single point in the second for a 3-0 lead. After this Denmark were always behind, and although they scored two points in both the sixth and eighth ends, they could not get back on terms as Norway went on to complete an 8-7 win.