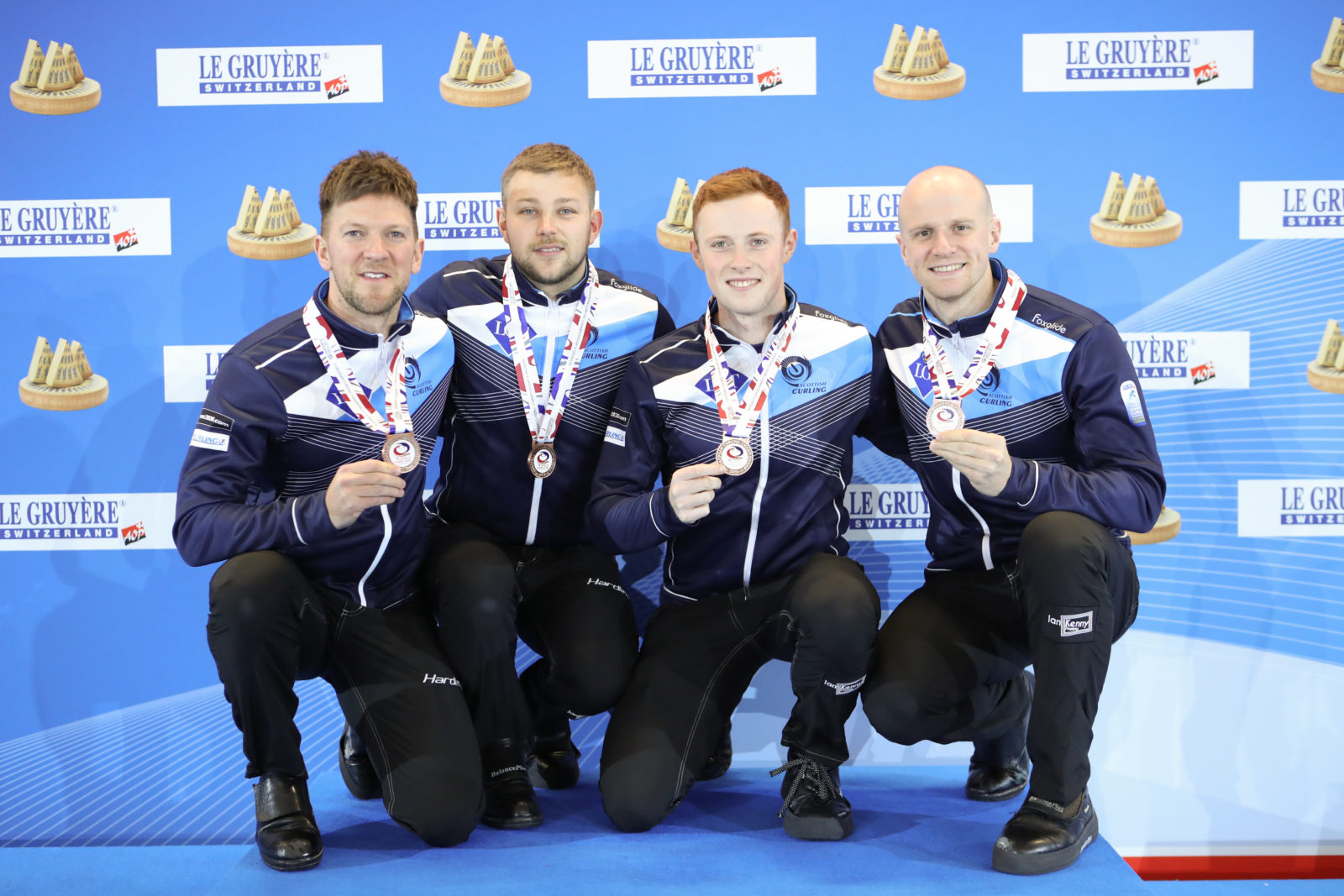 Switzerland women and Scotland men became European bronze medallists on Friday evening, when Switzerland beat Russia by 6-5 and the Scottish men had an eight-end 7-2 victory over Denmark.

In the women’s game, Russia made the first break-through when Switzerland’s fourth player Alina Paetz wrecked her last stone on the way in, knocking a Russia stone into position to steal one point and take a 3-1 lead.

After this, Paetz drew her last stone of the fifth end through two front guards to score one point and reduce Russia’s lead to 3-2. Then, in the sixth end, Russia’s skip Alina Kovaleva was facing four Swiss stones and her attempted double take-out attempt was too straight and turned into a nose-hit to give Switzerland a steal of one to tie the game at 3-3.

Switzerland had another steal in the seventh end when Kovaleva hit and rolled too far with her take-out attempt to take the lead at 4-3. After giving up another steal to the Swiss in the eighth end, Kovaleva had a draw inside one Swiss stone to score two in the ninth and level the score at 5-5.

Finally, in the tenth end, Switzerland’s Paetz tapped out a Russian stone and stayed for one point and the 6-5 win.

Afterwards, Switzerland skip Silvana Tirinzoni said, “what a day of emotions, such a disappointing game this afternoon and now we’re celebrating. It’s so close between losing and winning and between being mad and disappointed and now happy, so it’s very emotional.  We tried to focus on this game, but it was tough to play this game so close to the semis. We lost focus in the first half, but I’m delighted we could turn it around.”

In the men’s game, Denmark opened the scoring with one point in the first end and then Scotland’s skip Ross Paterson responded with a draw for a single point to level the game at 1-1. In the fourth end, Scotland looked likely to steal but Denmark skip Mikkel Krause promoted one of his own stones onto the button to score one and take a 2-1 lead.

In the sixth end, Paterson drew into the four-foot ring to score three points and take a 4-2 lead.  Denmark then blanked the seventh and in the eighth end, Krause was facing three Scottish counters, but his attempt to hit and roll off his own stone was at the wrong angle. As a result, the Scots stole three points for 7-2, and Denmark conceded.

Afterwards, Paterson said, “I think we’ll settle for that this week; we’ve had a lot of ups and downs.  Like a lot of teams, we came here to win it, but we have to accept that we had a few disappointing games. This is our first championship as a team, this is my first championship as skip. The bottom line was that we came here to medal, and we did that well tonight. We got a three on the board and after that, it felt like we controlled the game.”