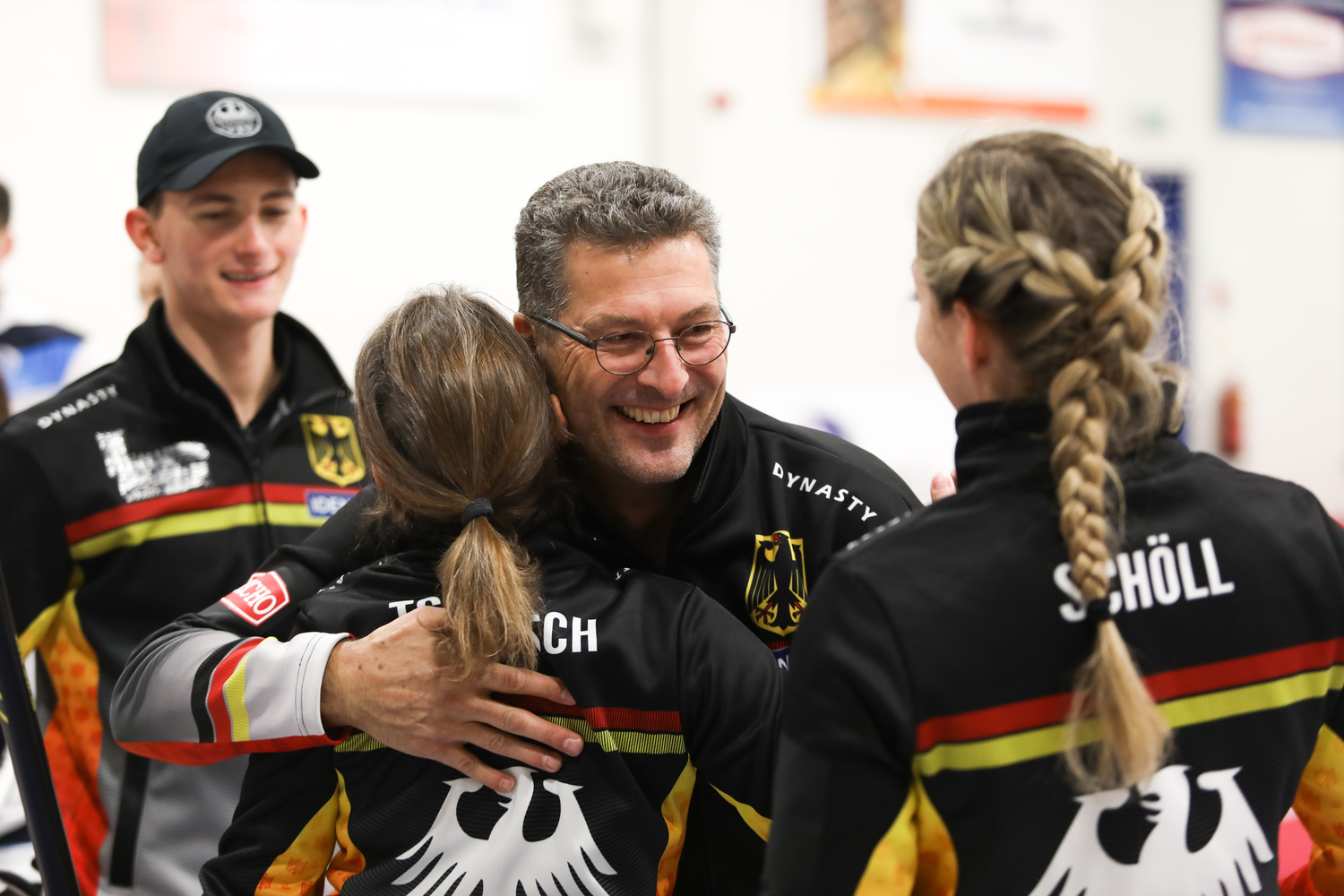 After eight days and 28 sessions of play, Canada and Germany will compete for the World Mixed Curling 2019 title and gold medals in Aberdeen, Scotland.

Canada and Germany opened championship against each other last Saturday (12 October) in first round-robin session and will close the championship today (Saturday 19 October) at 15:00 when they meet in the final.

After blanking the first end, Germany were forced to draw for a single point after a Korean raise take-out put them in scoring position.

Korea were then forced to draw for a single point in the third end, after a precise hit and roll from Germany skip, Andy Kapp.

In the fourth end, after Korea were slightly wide with a take-out attempt, Germany were left with a draw to the four-foot for a score of two points and a 3-1 lead at the break.

In the fifth end, after a runback double take-out from Germany to sit shot stone, Korea played a hit and stay to score two points and level the game.

Germany were forced to draw for one point again the sixth end, then in the seventh end Korea had to play a difficult raise-double take-out to score a single point and level the score at 4-4 going into the eighth end.

In that eighth end, Germany were left with a simple hit for two points, the 6-4 win and place in this afternoon’s gold medal final.

After their win, Kapp said, “They are really good opponents and they played really steady. The difference this morning was just one or two shots. We were relaxed and we stuck with our tactics they worked out. The score in the second end was good because it meant we could go back and forward and be in the right position with the last rock. It was a good game.”

Canada opened the game with a draw to the four-foot for two points after skip, Colin Kurz had played a double take-out with his first stone to set up the house.

Norway blanked the second end, then were forced to hit for a single point in the third end.

In the fourth end, Canada were forced to play a tough double take-out to score a single point, taking a 3-1 lead into the break.

In the fifth end, with his last stone, Norway fourth Wilhelm Naess clipped a guard on a take-out attempt to give up a steal of one point and extend Canada’s lead.

Norway recovered in the sixth end when Naess played a remarkable, runback double take-out, picking up out a Canadian stone on the button in between two Norwegian stones. A measure of the stones at the edge of the 12-foot ring gave Norway a score of three points to level the game.

In the seventh end, Canada played a hit to score two points. Then, in the eighth end, Norway were forced to attempt to promote one of their own stones, plus the shooter into the house for two points, but were only to score one point. Giving Canada the 6-5 win and a place in the gold medal final.

Kurz said after their win, “It was a good game, we played really well from top to bottom. There were a couple of little mental lapses where we let them off the hook. He made an unbelievable shot in sixth, that’s one of those ones you have to just applaud him for that. After that we regrouped and played the last two ends really well, got our deuce then played a perfect last end. We’re pretty happy with it.”

Looking ahead to the final he added, “We started the week off playing Andy Kapp and now we’re finishing our week off against Andy Kapp. We’re happy to play them, they’re amazing guys and girls. I think it’ll be a fun game and I can almost guarantee it’ll be a close game.”