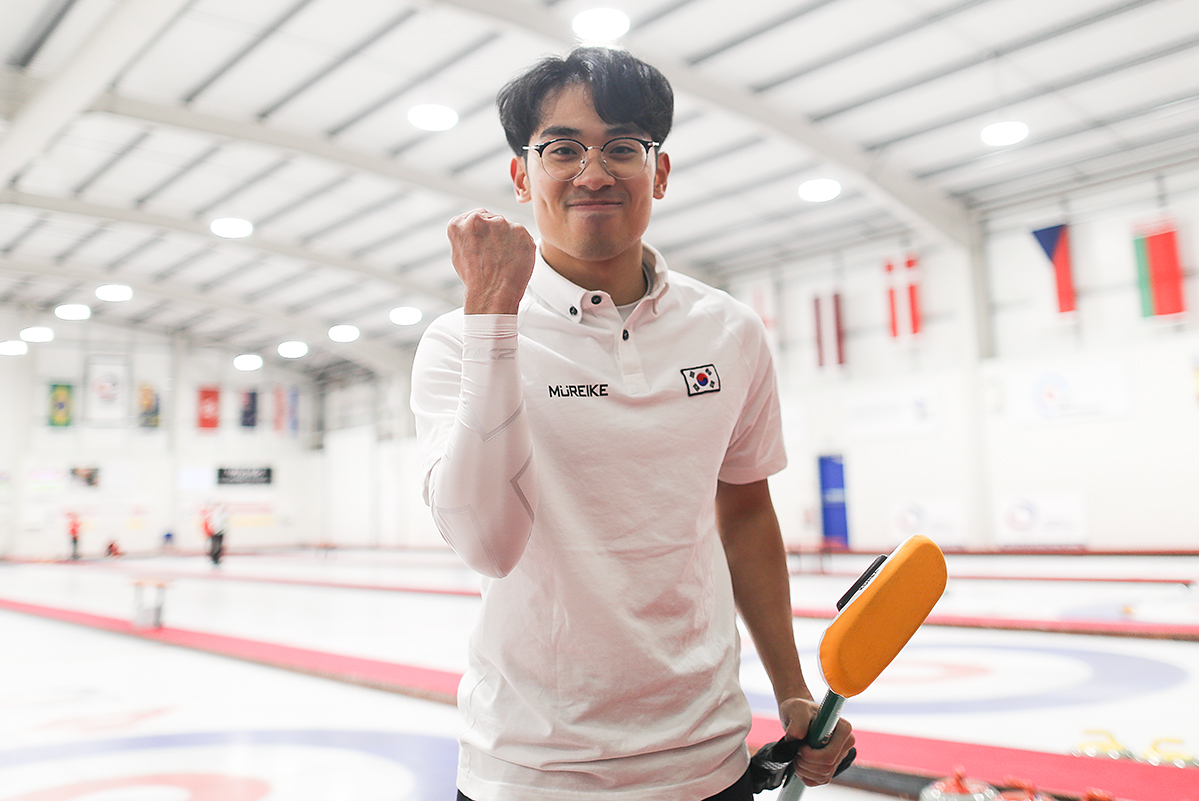 The final four teams of the World Mixed Curling Championship 2019 were set on Friday (18 October) evening in Aberdeen, Scotland after the quarter-final stage.

Norway progressed to the semi-finals for the third year in a row, after defeating Hungary 9-6.

In an aggressive, drawing game, that had lots of stones in play each end, the game was tied at 6-6 going in to the eighth end. Norway, with last stone advantage, put themselves into position in that eighth end to play an open hit for three points and the win.

Norway will face Canada in the semi-final stage for the third year in a row. With Canada winning the two previous semi-final meetings.

After their win, Norway Vice-skip, Wilhelm Naess said, “I felt like we started of good and had the upper hand, especially until the break, but we made a couple of small mistakes that game them some opportunities and after the first few ends, they started to make some key shots and got back in the game.”

Talking about his last shot, he added, “At the end there it was tight. I was nervous on the last rock, even though it’s a ten out of ten shot, there’s always more nerves in that moment.”

Then, thinking ahead to their semi-final match up against Canada for the third year in a row, he said, “They say third time is the charm, so we’ll see. They’ve played really well this week and we’ve watched them a bit. They’re a good team and we’re a good team so we’ll see.”

In a very tight game with lots of pressure shots from both teams, Canada took a 3-2 lead into the break. Canada then blanked the fifth end before scoring two points in the sixth end. Denmark fought back, scoring two points of their own in the seventh end, before forcing Canada skip, Colin Kurz to play a precise hit with his last stone in the eighth end for a single point and the win.

After the game, Kurz said, “There were more pressure shots in this game than I’ve had to make in the rest of the week.” before adding, “There were a couple of times we thought we had Denmark in trouble, and they would just make some good shots. It’s what we’re expecting for the rest of the event.”

On the other side of the play-off bracket, Germany defeated hosts Scotland, 9-7.

In a high-scoring, back and forth game where each end had many stones in play, Scotland took a 5-4 lead into the fourth end break.

Germany opened the second half of the game with a score of two points in the fifth end, before forcing a steal of one point in the sixth end.

Scotland skip, Luke Carson played a precise draw to the button with his final stone in the seventh end, to level the game at 7-7.

Then, in the eighth end, German skip, Andy Kapp, was left with a hit and stay with his final stone to score two points and progress to the semi-final stage.

Afterwards, Kapp said, “It was a really good game and they played really well. They made some good shots and forced us to always respond. In that last end it was working well, and Benny made the double-peel to open it up.” he then added, “It was a lot of fun. They’re a good young team and they’ll have many more games.”

Germany will face Korea in the second semi-final after they defeated Switzerland, 6-4.

In a very defensive, tense game that had four blank ends, Korea were trailing, 2-3, going into the eighth end.

In that eighth end, Korean skip, Yujin Seong, played a hit and stay for four points with his final stone, to record the win and take their place in the semi-final stage.

Am extremely happy Seong said afterwards of his winning shot, “I was very nervous, but I’m very happy to win. I was nervous with the last shot, and told myself, ‘stay calm, stay calm’.”

Looking ahead to tomorrow’s semi-final game, he added, “It’s the same plan for tomorrow, be calm and be patient.”

The semi-final games take place at 09:00 tomorrow morning and are followed by the bronze and gold medal games at 15:00.