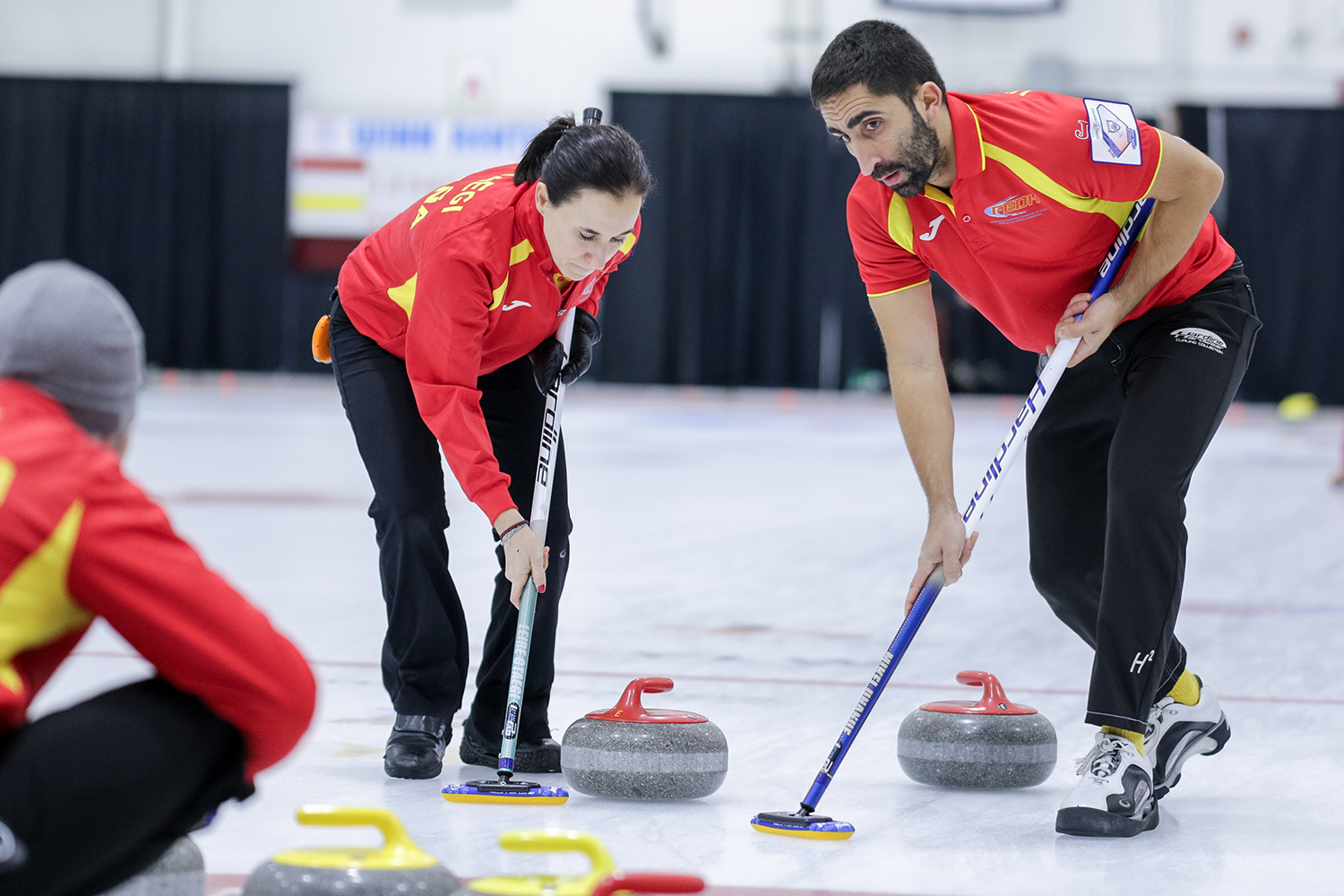 The World Mixed Curling Championship 2019 is set to take place in Aberdeen, Scotland, from Saturday 12 October.

The championship – in its fifth year – will run from Saturday until the following Saturday (19 October). Aberdeen will play host to 40 international teams from different Member Associations with Kosovo and Nigeria making their World Mixed debuts.

The 40 competing Member Associations are split into five groups. They are:

The World Mixed Curling Championship is an open entry event for all World Curling Federation member nations. Each Member Association can enter one mixed team consisting of two female and two male athletes. No alternatives are used in mixed curling.

At the conclusion of the round robin, the top three teams in each group, along with the best fourth-place finisher, will progress to the play-off stage. The teams are then ranked from one to 16 according to their final group placement and Draw Shot Challenge score.

The play-off stage begins with the first session of the last-16 round at 09:00 on Friday 18 October followed by the second last-16 round session at 13:00 that afternoon. The quarter-final stage takes place that evening at 19:00.

Semi-final match-ups take place on Saturday 19 October at 09:00 and are followed by the bronze and gold medal games at 15:00 that afternoon.

Defending champions, Canada, skipped by Colin Kurz, begin their competition in Group A during the opening session against Germany. They are led by Olympian and former world silver medal winner, Andy Kapp.

Spain’s 2018 silver medal winning team, skipped again by Sergio Vez, will open their championship in Group C at 16:00 on the opening day against United States. United States are skipped by Hunter Clawson, who is making his second appearance in this championship, after skipping his team to a ninth-place finish in 2017.

Hosts Scotland, skipped by Luke Carson, begin their campaign in Group D at 12:00 on the opening day against Italy. Italy are led by Denise Pimpini making her third appearance at the World Mixed Curling Championship, after ninth-place finishes in both 2015 and 2016.

In Group B, Norway, skipped once again by Ingvild Skaga, will be looking to secure a medal at the third attempt after fourth-place finishes in both 2017 and 2018. Norway open their championship at 16:00 on the opening day against Denmark, skipped by Tobias Thune.