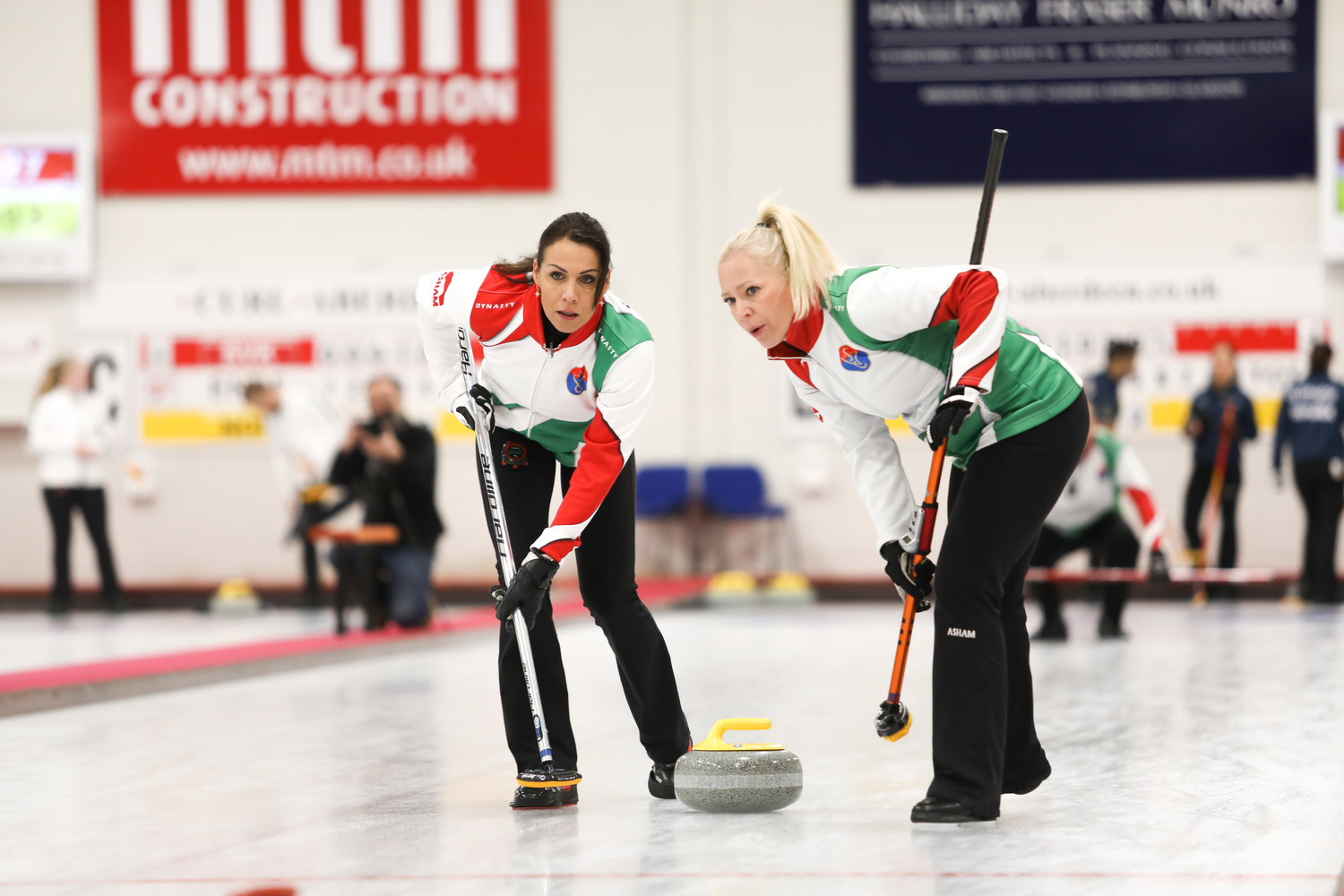 The play-offs at the World Mixed Curling Championship 2019, in Aberdeen, Scotland began on Friday (18 October) morning with the first half of the last-16 round. In this session, Canada, Denmark, Hungary and Norway progressed to the quarter-final stage.

Canada, the number one ranked side in the play-offs defeated Sweden, 9-4.

Canada began the game aggressively, stealing two points in the first end, then forcing another steal in the second end, this time for four points. The teams traded single points over the next two ends to give Canada a 7-1 lead going into the break.

Sweden attempted to fight back, scoring two points in the fifth end, then stealing a single point in the sixth end after a Canadian skip, Colin Kurz, was unable to remove all Swedish shot stones from the house with his last take-out attempt.

However, a score of two points from Canada in the seventh end was enough to bring the game to a close and send Canada to a quarter-final game against Denmark.

Kurz said afterwards, “We made the best out of the first two ends, putting pressure on them and got fortunate with a couple of misses from their draws. We played a really good game and started out really strong.”

Talking about their approach to this morning’s game he added, “Any time you don’t have the hammer it’s always trying to force, as soon as you have a chance to put some pressure on the other skip you want to take that opportunity. I know as a skip I don’t want to throw a draw against a bunch of rocks, so that’s kind of the idea to make them throw some tough shots.”

Denmark defeated Ireland, 8-3, in their last-16 game to move on to face Canada in the quarter-final round.

Despite Denmark forcing a steal of one point in the first end, the sides went into the break level at 3-3. However, in the second half Denmark scored a single point in the fifth end, before the pressure they had been applying began to take effect, allowing them to steal two points in the sixth and seventh ends an take the win.

Danish skip, Tobias Thune talked about their performance, saying “I think that in this game we played quite well as a unit. I had some hard shots, but I also had a few easy shots, just playing guards because our front end had played so well.”

Norway played Slovakia in the last-16 and won, 9-1, controlling the game throughout.

Norway opened, with steals of one point in the first end, two points in the second end, then one more point in the third end to take a commanding 4-0 lead, before Slovakia scored their only point of the game in the fourth end.

In the second half, a Norwegian score of three points, then another steal of two points put the game beyond Slovakia who conceded with the score, 9-1 to Norway.

Norway skip, Ingvild Skaga said of their performance, “We just wanted to play a good game, make our shots and we did. We just made more shots than they did today. We’ve been through this [the world mixed play-offs] a few times now, so that definitely helps.”

Norway will face Hungary in the quarter-final stage after they defeated Spain, 6-2 in the final last-16 game of the session.

In a repeat of Thursday evening’s round-robin game Hungary played Spain on sheet D, this time with a very different result. Hungary came out playing an aggressive drawing game, applying constant pressure to Spain from the very first end.

Hungary continued the second half of the game in the same way, stealing two points in the fifth end, then another single point in the sixth end. Spain could only score one point in the seventh end before being run out of stones in the eighth and final end.

Hungary skip Gyorgy Nagy explained their strategy, saying “All four of us are mixed doubles players that’s why we decided that probably with draws and a more aggressive game we can play better and maybe we can win the game.”

Talking about the difference between the last-a6 and round-robin games he added, “Last night we struggled a little bit with the ice, I felt that the take-outs were much straighter yesterday evening and we didn’t learn enough to understand that, but today it was perfect, and we handled it better.”