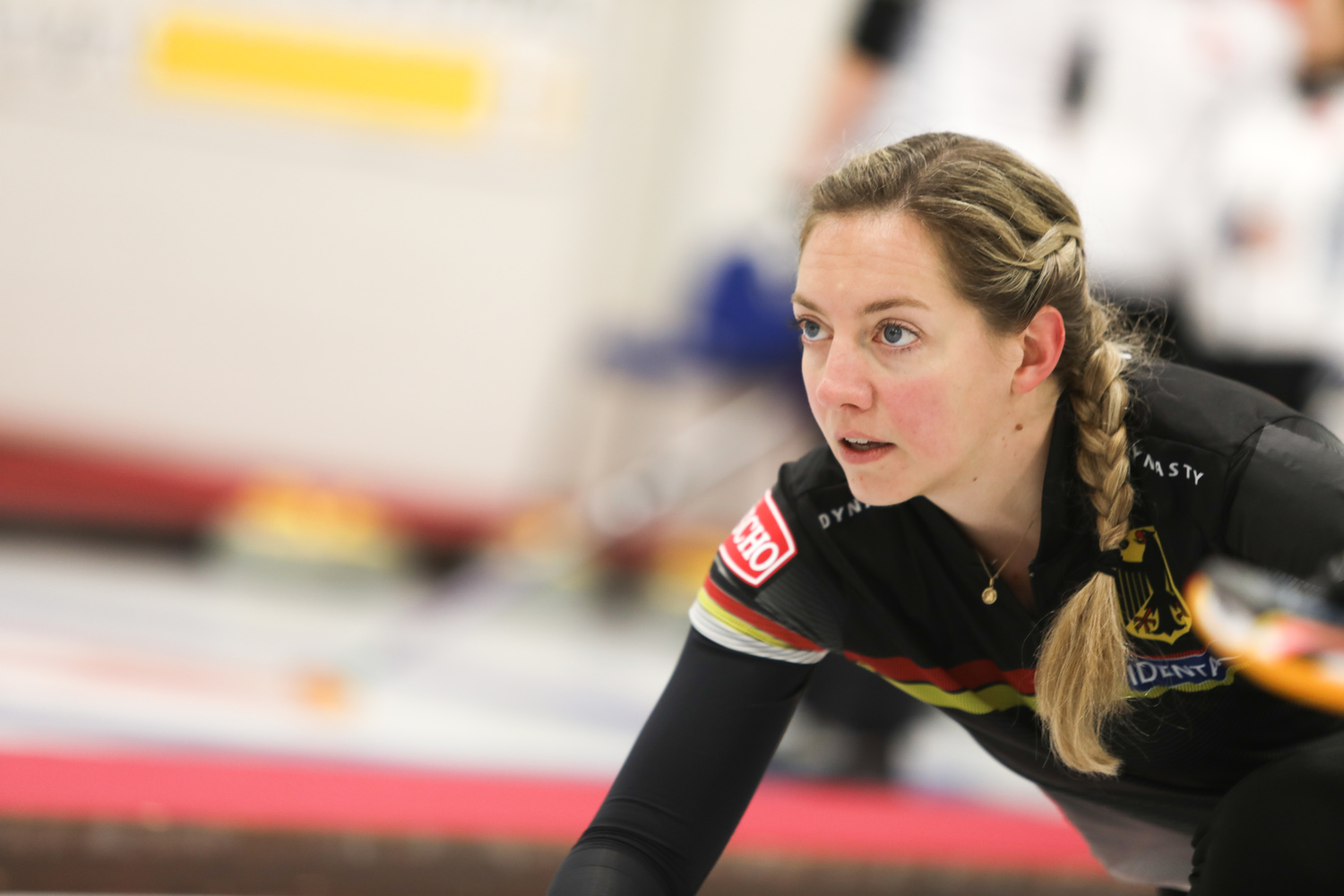 The round robin continued with day five at the World Mixed Curling Championship 2019, where ten teams claimed play-off places throughout the day.

Updates for each group was added to this story as the day progressed.

Canada became the first team to qualify from Group A after a 15-1 win over Nigeria in Wednesday’s early afternoon session.

Canada opened the scoring with four points in the first end, then closed the game in the seventh end with a score of three points, after which Nigeria conceded, giving Canada their fifth win.

Afterwards, Canada skip Colin Kurz said, “Last night was a really good game for us, and today was one of those games that you’re not going to forget. I think this is the second world championship ever, that Nigeria have played in. Any time you can grow the game of curling that’s a good thing. It was really fun playing against them and getting to know them and I’m really excited to go chat with them now after the game.”

Looking ahead to the rest of the competition, Kurz was determined his team had a strong finish to the round robin, “Placement in an event like this is a pretty big deal. Tomorrow morning, we play a really good Estonia team, so we’re hoping to come out the gate strong and play a really good full game. Hopefully we’ll get a win there, then another win at night against Kosovo. We don’t want to take any games off, we want to keep learning from every shot we can.”

Germany put themselves in prime position to claim one of the remaining play-off places when they defeated Estonia, 6-4. Germany got out to a good start, leading 4-1 at the break, then held off Estonia in the second half for their fourth win.

Andy Kapp, Garmany’s skip said afterwards, “I think we are in good shape. We left them some chances to make nice come arounds, they had good draw weight, so they gave us a good challenge. But we just took it, made our shots and kept the game under control all the way.”

Slovakia and Belarus both won in this session to keep their play-off hopes alive before a crucial game where they face each other in tonight’s evening session.

Belarus defeated Kosovo, 11-1, while Slovakia secured a difficult 6-5 win over Hong Kong. After their win, Slovakia skip Juraj Gallo said, “It was a very tough match. It was so close and we are lucky that we got the win at the end. We’re looking forward to tonight’s game [against Belarus] and of course we would like to win. We are improving match to match. We started a little bit rusty and hopefully we’re getting better.”

In that evening game Slovakia defeated Belarus, 5-4, with a last stone hit for two points to move into third place. This win leaves Slovakia in prime position to claim the last Group A guaranteed play-off spot.

Also, in Wednesday’s final round-robin session, Germany won their second game of the day and secured the second play-off place from Group A after beating Nigeria, 21-1.

Denmark claimed the first play-off qualification place from Group B after their 12-3 win over Croatia in Wednesday morning’s opening session.

Czech Republic and Norway also won in this session to remain on the same 5-1 record as Denmark, but with a mixed head-to-head ranking still have yet to claim a play-off place. Czech Republic defeated Wales, 8-3, while Norway defeated Andorra, 15-0.

In the last Group B game, Poland defeated New Zealand 12-1, opening the scoring with three points, then following that with a steal of three points in the second end on the way to their fourth win.

Also, in Group C, Hungary recovered from conceding four points in the first end, to defeat Australia 6-5. This win kept Hungary in play-off contention with five wins and one loss. And after the evening session results, Hungary would officially secure their play-off place from Group C.

In the evening session, United States defeated Kazakhstan, 7-6, in a close fought game where Kazakhstan scored three points in the seventh end to take a 6-5 lead into the eighth end. United States skip, Hunter Clawson, played a hit and stay with his final shot, in that eighth end, for the two points needed for the win.

Afterwards, a frustrated Clawson said, “It’s good that we won and we’re in [the play-offs].” He continued talking about going into the eighth end one point down, “I knew we were comfortable in that situation, despite becoming uncomfortable because of that situation, so I felt confident we could score a deuce. It was just going out there and doing our job because we hadn’t been doing it all day.”

In the evening session, Sweden defeated Brazil, 10-2, sealed with a score of five points in the sixth end, for their third win of the week.

Italy beat Luxembourg, 14-1, aided by a score of five points in the first end in Wednesday’s morning session. This was Italy’s fourth win and leaves them in a good position to claim one of the three guaranteed Group D play-off places.

Ireland defeated Luxembourg, 10-2, to claim the second available play-off place from Group D, after Scotland had secured the first due to other results in the early evening session.

On making the play-offs, Ireland skip, John Wilson said, “The game tomorrow [against Scotland] could decide who’s top [of Group D]. We’ll throw our hat in the ring and see how it goes. We far exceeded our expectations about three days ago.”

At the same time, Japan defeated Turkey, 5-2, to keep their hope of a play-off place alive, moving onto a record of three wins and three losses.

Scotland had already qualified for the play-offs when they faced Slovenia in Wednesday evening’s session. Scotland went on to beat Slovenia, 8-6, to remain top of Group D, unbeaten.

Scotland skip, Luke Carson said after their win, “It was a slow start and I personally wasn’t throwing very well, but we managed a strong finish and get over the line.”

He looked ahead to their game tomorrow against Ireland that will see the winner take the top spot in the group, “We want to be ranked number one going into the play-offs now that we’re through. We’ve got a big game against Ireland tomorrow night. They’re playing out their skins and making a lot of shots. It should be an exciting game against them.”

Switzerland defeated Austria, 7-2, for their fifth win in a row and put themselves into clear second in Group E in Wednesday morning’s round-robin session.

In the afternoon session, France defeated Belgium, 10-2, for their second win of the week.

In the early evening session, Russia defeated Finland, 7-5, to secure the top spot in Group E and also ensure Switzerland received the second play-off place from the group.

The game was tied at 3-3 going into the break, but Russia scored four points in the fifth end to take a commanding lead they would hold onto for the rest of the game.

Talking about that game-changing moment, Russian second, Daniil Goryachev said, “Our coach gave us some good advice at the break, then we scored five [in the fifth end] and that helped us.”

When reflecting on the game Goryachev added, “Today wasn’t our best game but we know we need one more win in the group to give us a good chance to be near the top of the overall rankings. I think we’ll play better tomorrow.”

In the last game of the early evening session, England defeated Belgium, 13-1.

In the final game of Wednesday evening’s session, Korea defeated Austria, 9-2 and move into third place in Group E on four wins and two losses.