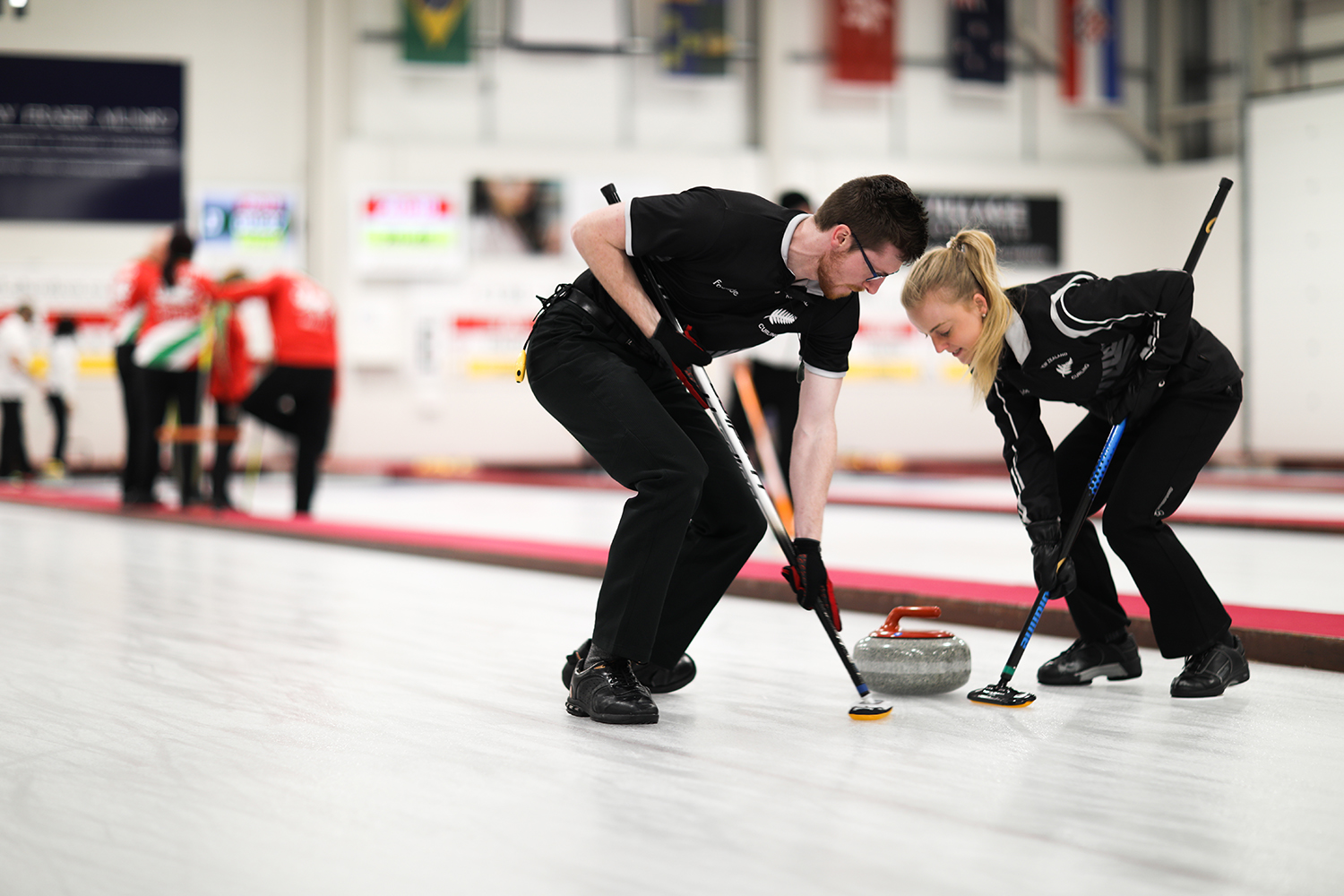 With a decline in internationally competitive curlers and a consistent drop-off of potential players after the junior level, New Zealand’s National Coach, Peter de Boer knew something needed to be done.

Appointed to the position in 2017, de Boer began to evaluate every aspect of New Zealand’s curling programme looking for ways to make improvements, “We have a good record of getting school kids interested and involved, but then lose them when they leave school, go to university or get jobs.”

Taking curlers to that next step and building the fundamental knowledge of curling across New Zealand became the challenge de Boer aimed to solve. To do that he turned to an example of one of New Zealand’s few Olympic curlers, Sean Becker, “Sean spent spells in both Scotland and Canada where he ate, drank and slept curling. He was embedded in passionate curling communities for extended periods learning about the game and helping to make him the Olympic athlete he ultimately became.”

From that, the New Zealand Curling Overseas Experience idea was born.

The programme has been designed to provide New Zealand athletes with the opportunity to spend six months immersed in a curling community overseas. There they will develop their skills, undergo coaching and ice making courses and ultimately return to New Zealand as advocates and teachers of the sport.

“We have four curlers signed up for our first season, 2019-2020, with one already keen to go next year. I am confident with the success of year one, we’ll be able to send at least a couple of Kiwi athletes each season,” explained de Boer.

Duncan has spent the past few weeks in Stockholm, Sweden hosted by the Sundbybergs CurlingKlubb under the watchful eye of James Dryburgh. While Frew heads to Morris, Manitoba, Canada after the world mixed ends, along with fellow New Zealand curlers, Garion Long and Brett Sargon.

Duncan’s desire to improve began during her junior career while competing at the World Junior-B championships, “I played in the under-21’s women’s team for two years in Finland. The first year we came fourth, which was really cool. The second year we didn’t do as well, and I think I realised that I really needed to go overseas to train.

“We played Germany the first year I was in Finland and we beat them, but the following year they had improved so much within that one year, it showed me the importance of trying to get into Europe and seeing what their coaching systems are like and the technology they use.

“That was the year it was really casually brought up at a high-performance meeting. This idea of going overseas to train. I’d already decided that I wanted to go on a gap year, so it was perfect timing for me. I had the time off, and Sweden came up.”

Europe was a strong draw for Duncan, and with only one place available in Sweden, she jumped at the chance. “Sweden has just exploded in the curling world over the past couple of years. They’ve been doing so well and they’re a small country like New Zealand. They don’t have a whole heap of curlers, but they really seem to be investing in their curlers. I felt their programme would be easier to replicate in New Zealand.

“Then I found out about their junior programme with the Nordic Junior Tour and I met James Dryburgh, who helps run that and found out that he would be my Swedish contact while I’m there. After meeting him I just felt even more that I really, really wanted Sweden.”

That decision has already paid dividends for Duncan. In the weeks she has been in Sweden she has already made fundamental changes to her game, “My sliding technique got destroyed in the first three weeks of me being there. We are all taught a uniform sliding style in New Zealand, which after being over in Europe I’m realising might not be the best way.

“In the process of breaking it down I understand why I’ve had to do it a certain way, because it brings your shoulders in line. But from doing video analysis I can see my shoulders have moved and I used to drag my foot over, and it would unbalance me. Now we’re fixing that.”

Access to new coaching isn’t the only benefit of the programme, spending time with elite curlers and learning how they approach the game is a new opportunity for Duncan, “I’ve spent the last two weeks with James and I got to spend a little bit of time with Anna Hasselborg, which was amazing. You can see that every little step is important with Anna.

“I got to hold the broom for her one day and you see the amount of time and effort she’s put into the little details in her slide. I think it’s amazing for people in Sweden to just have access to seeing that and to have those female role-models at the rink. The whole team trains there, as does Team Panthera.”

After Duncan’s initial experience, Frew is equally excited to get started, “I don’t play at one of the main curling rinks in New Zealand, I have to play on ice hockey ice. We train as much and play as much as we can, but you can only really get so good and there’s a lot of stuff you really can’t practice on bad ice.

“I think just being properly immersed in curling and not just playing three times a month, instead playing four times a week. Just getting that consistent ice time is going to be great.”

Frew will be spending time at the Cargill Curling Training Centre, being mentored by Lorne and Chris Hamblin, and wants to bring that knowledge home to New Zealand, “I think I’ll be able to bring back a more accurate coaching experience. I coach the schools league just now, but I can only coach them as well as I know how to play.”

Confident that the experience is going to be rewarding, Frew is looking ahead to potentially taking part for a second time in the programme, “I’d definitely be open to doing six months somewhere else after this, maybe Sweden or somewhere else in Europe.”

The opportunity this programme brings isn’t lost on Duncan either, and she wants to give back to the sport she loves, “We don’t have any female coaches in New Zealand at the moment, so I’d love to be that role model. It’s not plan-B, but if I can’t be the best in New Zealand, I want to coach the best. I want to encourage them.”

Duncan knows that excellence requires practice, and for the junior curlers in New Zealand this is going to require a greater time investment than is currently given, “With the juniors in Sweden they’re attending 2-hour training sessions, twice a week and they’re curling in a social, competitive way at least once a week. I think we need to up our ice time, but it’s also the physical conditioning behind it. We need to get them to commit to regular training sessions and making it a priority. I know school is important, but so is curling.”

Further information on the programme can be found on New Zealand Curling’s website, or the programme’s Facebook page. Mhairi-Bronte is also keeping a blog of her experience of Sweden.