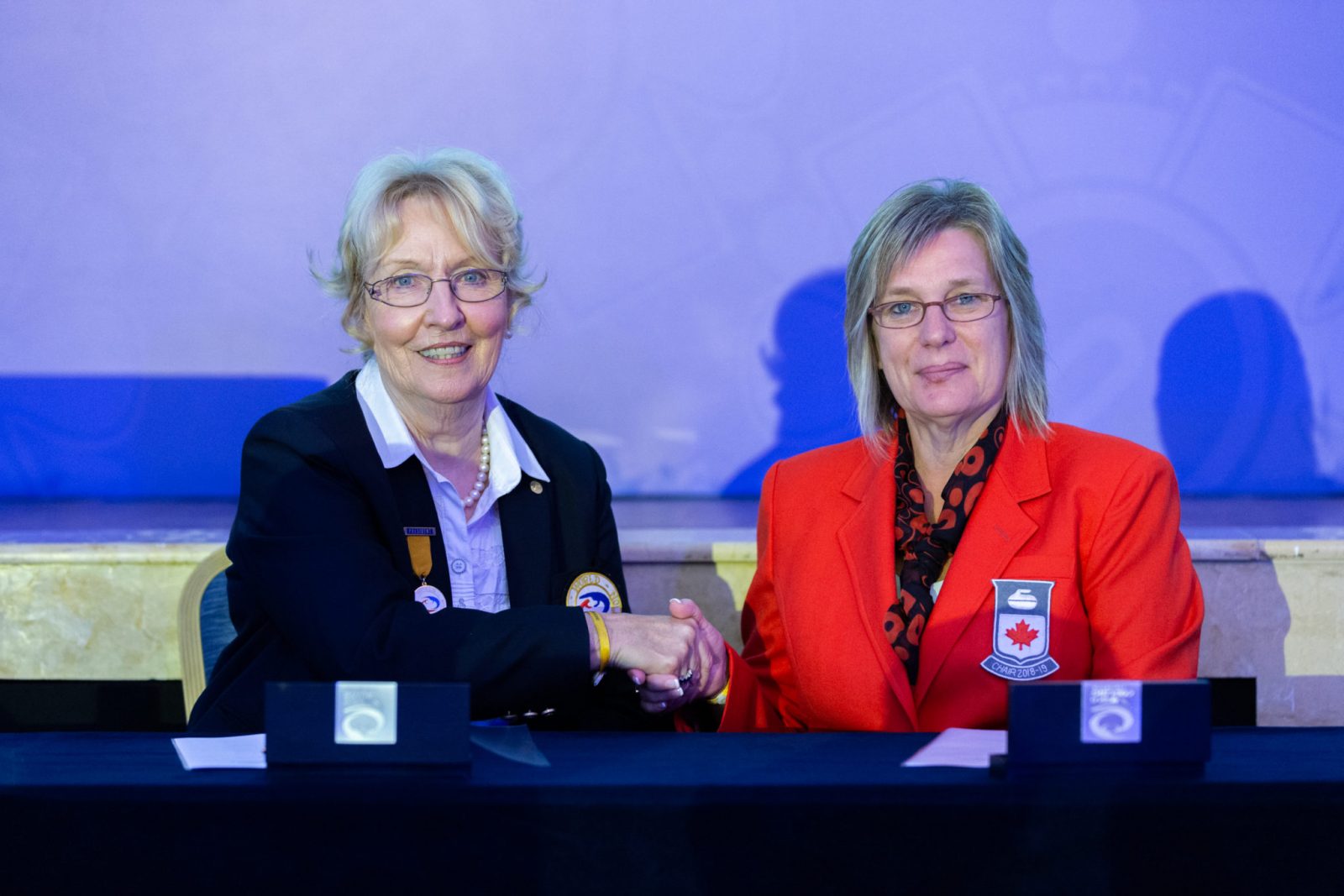 The agreement will see the World Women’s and Men’s Curling Championship held in Canada, in alternating years, up until 2028. The partnership sees the two organisation’s sharing expertise and resources to deliver these events.

“The World Curling Championships are our flagship events and Curling Canada has proved time and time again their skill in showcasing these events.

“Over the years they have taken our world championships to a vast array of communities across Canada and have drawn upon deep-rooted curling traditions in the country. I am very much looking forward to our continued partnership.”

The new agreement continues what has been an enduring working relationship since 2005.

“An eight-year agreement is monumental because it ensures we will continue building on our well-established partnership with the World Curling Federation. Together we’ll continue to grow and develop the sport of curling both in Canada and across the world for many years to come.”

Maureen Miller, the Chair of Curling Canada’s Board of Governors, said: “From Victoria, British Columbia to Halifax, Nova Scotia, many cities across the country have seen the benefits of hosting world curling championships.

“We’re proud of the role we play in bringing these events to Canada. These championships allow our communities to thrive on the world stage and build curling legacies that will last a lifetime.”