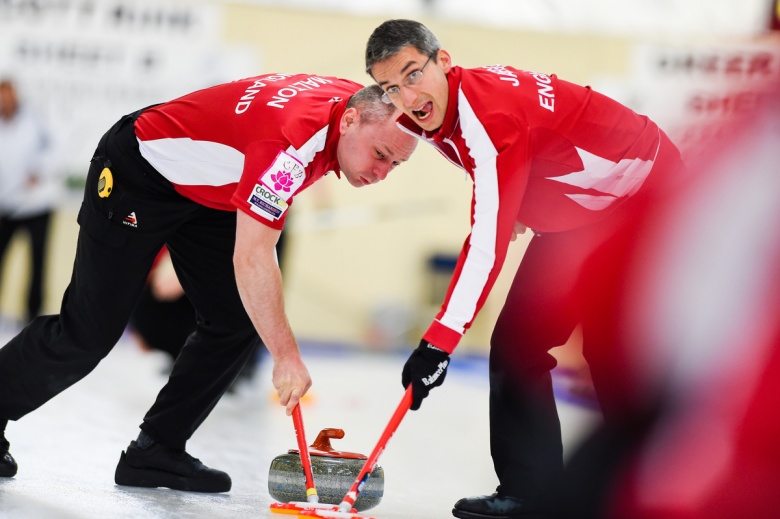 Wales and England next to participate in Stepping Stones programme

The World Curling Federation is pleased to confirm the English and Welsh Curling Associations have been awarded the opportunity to host the next Stepping Stones programme.

The programme will be held at Barton Grange, Preston, England at the end of August and beginning of September 2019.

The Stepping Stones programme is for elite athletes and introduces them to tools that will help them to maximise their performance abilities. Participating athletes and coaches are exposed to new concepts that have a proven record of success at the highest level of sport. For some, this is their first experience in high performance coaching.

The course also goes into detail about how best to plan out a season so that the athletes can aim to reach their peaks going in major events. After the course is complete, the instructors continue to monitor the teams throughout the curling season to ensure they are setting themselves up for success.

“Stepping Stones is significant for both of our Associations who have long enjoyed a friendly rivalry, but now come together to co-operate in staging this event,” said Andrew Reed, President of the English Curling Association.

“In a British context we have for a long time struggled to compete with Scotland and see this as a chance for our teams to receive an extra bit of help to enable them to get closer to our neighbours over the border.”

The English and Welsh women’s, men’s and mixed doubles teams, as well as the English junior and wheelchair teams are eager to take advantage of the world class instructors provided by the World Curling Federation, both on and off the ice.

The Barton Grange curling rink, which only opened in August 2018 has already earned a reputation for its colourful ice and friendly welcome. The availability of ice and class room facilities the whole year round makes it a very suitable place to host out-of-season training, such as Stepping Stones.

“At an international level both countries have experienced sporadic success over the years but hope that the benefits from this programme will help our teams to achieve more consistent success in the future. Thanks to the WCF for providing us with this opportunity and to Barton Grange for hosting us,” said Reed.

All teams hope to use the programme to build on their successful seasons, with the English men getting promoted to A-Division in the European Curling Championships and playing in the World Qualification Event in Naseby, New Zealand, where they just fell short of advancing to the world championship.

Both English and Welsh mixed doubles teams performed well at the World Mixed Doubles Curling Championship in Stavanger, Norway, with the English pair reaching the 1/8 the finals and the Welsh pair just missing out on the play-offs.

Member Associations who have previously participated in the programme – Estonia, Australia, New Zealand and Latvia – have witnessed first-hand improved results on the international curling stage. Since participating Estonia and Latvia’s wheelchair teams have qualified for their first world championship and similarly, so has New Zealand’s junior men’s team.

The World Curling Federation facilitates the growth and development of curling worldwide. It works closely with and mentors established, new and prospective Member Associations and employs a team of Competitions and Development Officers to run quality programmes, camps, courses and produce resources to aid the growth of the sport. 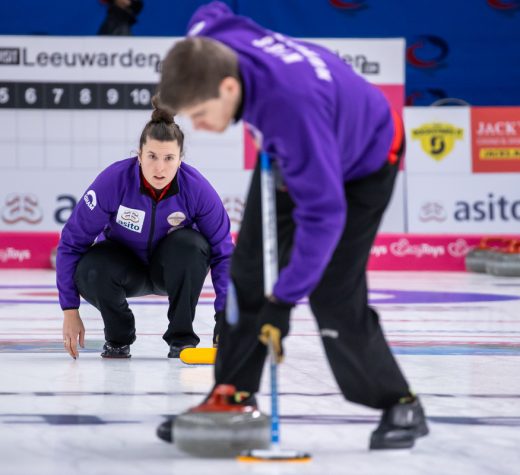 Australia and Hungary lead Group A