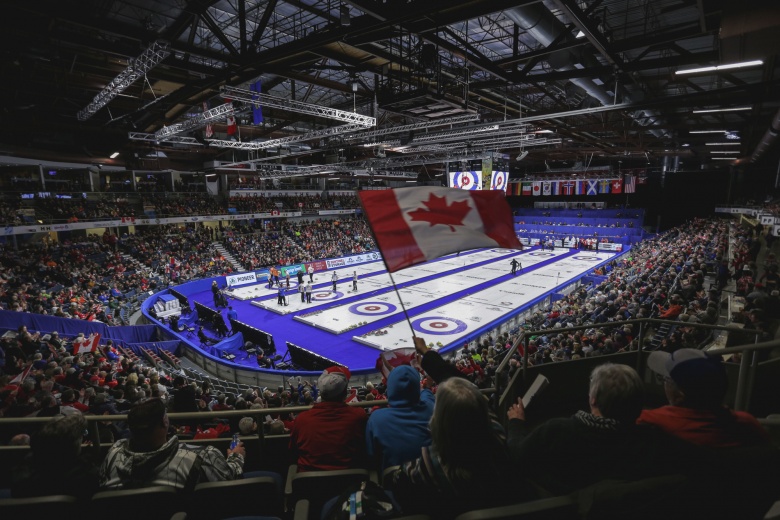 Lethbridge, Canada sharing their curling enthusiasm with the world

One Canadian city is proving you don’t have to be big and mighty to make your mark on the map. Lethbridge, in Alberta, might be used to sharing the spotlight with its provincial siblings Edmonton and Calgary but when it comes to curling they’ve been turning themselves into an unrivalled hub.

“We’re like a kept secret in Southern Alberta,” said Jody Meli, who served as the vice-chair of the host committee for the Pioneer Hi-Bred World Men’s Curling Championship 2019 held in Lethbridge in April.

The city of about 100,000 people has hosted four world curling events since 2012 — women’s, men’s, mixed doubles and seniors.

“There’s people who live in our community that attend these events, we’ve got a lot of curling fans in Southern Alberta that contribute to buying tickets,” Meli said.

It’s not just the community that enjoys all the curling in Lethbridge, athletes have also given their nod of approval.

“I think the crowd in Lethbridge is really knowledgeable about curling and they clap for everyone. They just really like good curling,” said Jaap van Dorp, the Dutch men’s skip.

Though the city is smaller than some of the other more well-known curling hotspots in the province, Lethbridge fans have shown that they consistently turn up en masse to support curling events.

“You have packed houses every draw and the fans are so knowledgeable,” said Ryan Sherrard who plays second for Germany. “They cheer on everything, they cheer on every game. They’re watching every shot no matter what sheet you’re on.”

Meli credits the abundance of enthusiastic volunteers for making their events successful. “They come from all over,” she said. “It’s amazing. We had people who came in and stayed in a hotel and worked the Patch all week. People know what a great time it is.”

As van Dorp said, “It’s really crazy that all the people want to help out.”

For organisers like Meli the reward is in knowing Lethbridge’s curling events are inspiring the next generation of curlers. During one day of the Pioneer Hi-Bred World Men’s Curling Championship 2019 she noticed a young boy who was lining up to walk onto the ice with Team Canada to announce the team.

She paused to ask him how he was enjoying the experience.

He smiled. “This is the best day of my life,” he said.

“If we can keep them involved in that kind of aspect and get them to enjoy it and see it and give them some aspirations, I think it has to inspire some youth to get involved,” she said.