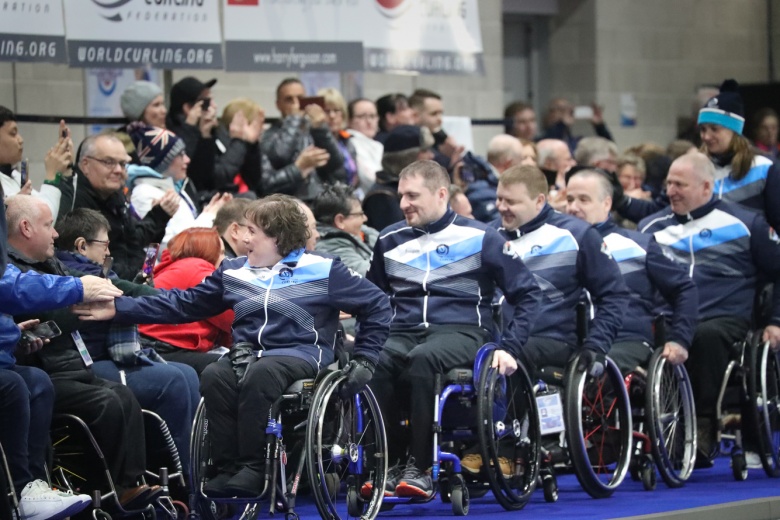 Regarded as the birth place of the sport, Scotland’s affinity with curling will always be there historically and despite the country making up a small slice of the United Kingdom they have always excelled.

On a world stage, Scotland are among an elite group of nations who view qualifying for major championships as a formality. The performances on the ice have mostly been impressive, but the promotion of the sport has been tricky.

In a country where most children are playing football, curling struggles to get a word in edgeways. When you add in other sports such as rugby, athletics, swimming and cycling – curling is fighting an uphill battle trying to get athletes involved.

But, just like many who were inspired by Scotland and Glasgow’s hosting of the 2014 Commonwealth Games, there is hope that hosting major events can grab audiences’ attention.

Hosting four in four years shows there is an ambition to grow the sport again. Bruce Crawford has operated as Scottish Curling’s CEO since 2010, overseeing the new multi-event partnership from its origin.

“It was very deliberate that we wanted to use it as a lever to drive public awareness and in turn participation,” said Crawford. “We chose to do these four events culminating in the World Men’s as four opportunities for us to build the skills and experience of a team of people in our staff and volunteers.”

The events have been hosted in four different locations across Scotland, as they hope to build infrastructure. In particular, the world wheelchair championship has provided a great opportunity to improve disabled access at the Stirling Sports Village.

“They’ve installed new LED lighting in the ice rink and because it’s a wheelchair event they’ve put in touchpad doors so people in wheelchairs can press a button and the doors open automatically,” Crawford continued. “It won’t just benefit the curling community, but the wheelchair sport community and the lighting will benefit all curlers.”

This legacy campaign began with the European Curling Championships which took place in Braehead Shopping Centre. Less could be done do to improve the facilities but a different positive was taken away there.

“It was a case of move in, move out,” he said. “But, we had far more engagement from across the country with schools and youth groups travelling three or four hours down to Braehead for the championships.”

With the project finishing in a year’s time there is the question of whether or not it has been a success. Crawford admits that so far there has been mixed results, “It’s increased participation and awareness, but it’s not had a knock-on effect in increasing our membership with Scottish Curling,” he said.

“We’ve seen a slight fall in our total number of members. That’s unique in Scotland because the average age of our members is quite high so we’ve brought in a considerable number of people across the four years, but this plan has maybe saved us from losing more members by getting new people into the sport.”

“People would go and try and join a try curling session or maybe do a course but it’s not led to them joining the organisation.

“There’s an element even in Scotland where curling is an indigenous sport. I think there’s still a lack of knowledge and understanding in the general population and that’s perhaps due to the mass participation and interest in sports like football where they dominate the media.

“We might have a week where a Scottish athlete or team gets a result at a Slam and the news headlines on the national broadcast is about a footballer with a foot injury and they probably won’t mention that the likes of Bruce Mouat has won a Slam in Canada.

“That doesn’t make us despondent, give up or not pursue raising awareness.”

Hosting these events has helped to push Scottish Curling’s digital footprint, making those more aware of the events through the most interactive medium today – social media.

“At the wheelchair championship, at the stage before the medal games, we’re broadcasting those on Facebook Live and we’ve managed to sell the coverage of the medal games on the last day of the competition to the BBC who’ll be streaming it on their website,” said Crawford. “It won’t be geographically blocked so anyone anywhere can watch the final and bronze medal matches on the Sunday.”

Despite the challenges in growing membership, Scottish Curling is reaching more people year on year. Incorporating the European championships into a shopping centre was a bold move but gave an opportunity for the general public to see curling on their doorstep, as well as advertise the sport to others. With the Worlds in Scotland’s biggest city next year, Crawford and his team look to capitalise on the platform given to them.

“There aren’t any rinks in the city of Glasgow, so we want to make that legacy a national legacy.”

That national legacy is to capitalise on crowds by being interactive with them at the venue. The next star could be in the crowd, inspired to take part, but unsure how to do it. Scottish Curling are looking to implement their Try Curling initiative at the championship.

“We’ll hopefully see people travel for several hours to get to the event and watch some quality sport and have the opportunity to try the curling kit for those who haven’t tried it before in some of the spaces in the building,” said Crawford. “We’ll be linking them to their local ice rinks. It’ll let them get their hands on a curling stone and get a feel for the sport.”

To find out more about curling in Scotland visit, www.scottishcurling.org