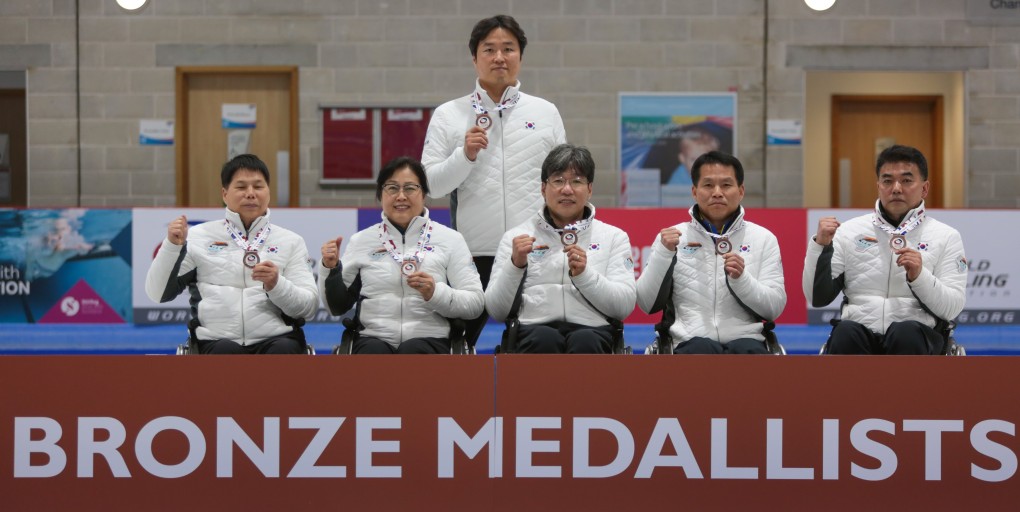 Their victory came against the hosts, Scotland, at The Peak, in Stirling, by 5-2. This is first time China have collected the World Wheelchair Curling Championship gold medals.

The team that was led by the same 2018 Paralympic winning skip Haitao Wang, are composed of Wang, third Mingliang Zhang, second Qiang Zhang and lead Zhuo Yan. They are supported by alternate Xinchen Xu and coach Jianrui Li. Wang and Qiang Zhang previously won silver medals in 2015 and were part of the Paralympic gold medal team in PyeongChang in South Korea, in 2018.

After the game, Wang said: “I am very happy today. I think we played the best key shots and we did our best.”

On winning silver, Neilson, said: “We fought hard and we hoped to be in it until the end. There were a couple of loose shots, I felt – if I had got that two earlier on and a better guard in end seven – it could have been very different. We’re delighted to be on the podium on home soil – it’s fantastic.”

After a blank first end, in the second end, neither skips were satisfied with their final stone shots. First, Scotland’s skip Neilson was unable to completely remove the only stone sitting in the house, which was sitting wide in the 12-foot. With it left just touching the edge of the rings at the back, China’s skip Wang played a draw for two points. But, his shot hit the stone at the back of the house, knocking one out and just keeping one in position for a point, 1-0.

In the third end, China stole another point for a 2-0 lead. The fourth end saw the two teams make hit after hit, counteracting each other’s efforts to build up a higher scoring end. With her last stone, Neilson played a hit-and-roll for Scotland’s first point of the game. At the fourth end break China were leading 2-1.

Then, in the fifth end, perhaps two of the game’s most impressive shots were executed. First Scotland’s Neilson played a hit-and-roll, onto the button and behind a guard, with her last stone. However, coming in from the opposite side of the house where Neilson’s stone had just come from, China’s Wang played a hit-and-roll off of a wide stone sitting just outside the house. The angle on the roll was perfect pushing the Scottish stone off the button and giving China the score of one point, for a 3-1 advantage.

With a hit-and-stay from Neilson in the sixth end Scotland reduced the deficit to 2-3. Then, in the seventh end China’s skip Wang played a heavy-weight hit, that just rushed passed the stones at the front of the house, to further China’s lead by 5-2. Scotland ran out of stones in the eighth end, which gave China their first World Wheelchair gold medal victory.

During the closing ceremony, the 2019 Sportsmanship Award was announced – this award is given to those “who exemplify the traditional values of skill, honesty, fair play, sportsmanship and friendship” during the championship, as voted for by all the athletes. This year’s award was won by Norway’s skip Rune Lorentsen. The World Wheelchair Curling Championship was the three-time world champion’s last ever international curling appearance.

Next season, the World Wheelchair Curling Championship 2020 will be held in Wetzikon, Switzerland – about 30 kilometres south east of Zurich – between Saturday 29 February to Saturday 7 March.