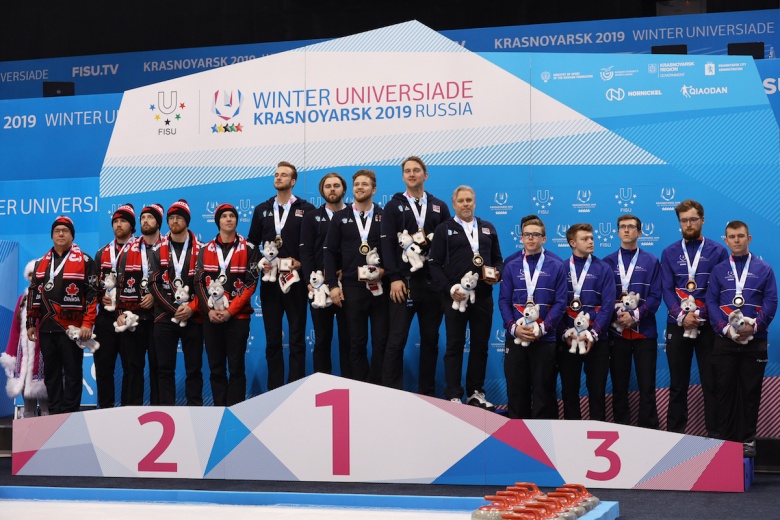 Norway beat Great Britain in the semi-final on Saturday (9 March), 8-6.

Ramsjfell competed two weeks ago at the World Junior Curling Championships 2019 in Liverpool, Canada where he lost the bronze medal match to Scotland’s Ross Whyte.

“I feel fantastic! It is beyond any words! We are the best at the Universiade! A week of challenging games paid off with our victory,” Ramsfell said. “We did have to strain in the final game, no match is easy when you play against Canada. We managed to keep calm on the surface, but inside we were really anxious, of course, because we were playing for gold. Throughout the whole match, the Canadians made lots of great throws, but in the ninth end we managed to get two points, and the rest of the game was ours.”

“We’re a new team together, I practiced and played with them a lot so I knew we were definitely good enough to be in the final and play a good game,” he added.

Sweden defeated Great Britain in the semi-final on Saturday (9 March), 10-2.

“It has been a really great week for us. I think this is the best our team has ever performed. I’m quite emotional to be a part of this win. I’m excited for the team. The arena, ice and the competition was really nice. It has been an honour to compete here in Krasnoyarsk,” said Swedish coach Margaretha Sigfridsson.

“We worked really hard for this win. Gold is what we wanted and that’s what we got here. The team is really happy,” added Wranaa.