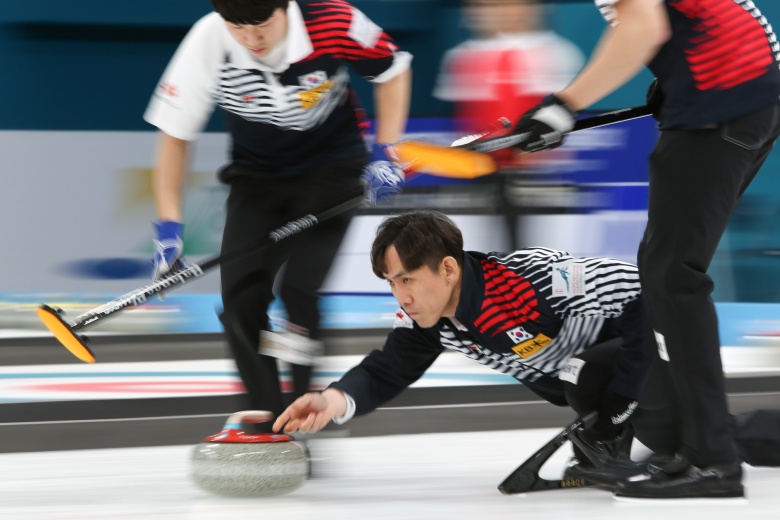 China defeated Hong Kong, by a score of 8-3, while Korea beat New Zealand, 9-8, to win the bronze medals. All four teams competing in the bronze medal games earned their spot in the World Qualification Event being held in Naseby, New Zealand in January 2019 where they will have one more opportunity to qualify for the world championships.

In the women’s game, China – skipped by Sijia Liu, with fourth player Yilun Jiang, second Ziqi Dong, lead Xindi Jiang and supported by alternate Rui Wang and coach Carolyn McRorie – gave up a single point steal in the first end, before responding with two points in the second end and steals of one point in the third and fourth ends for an early 4-1 lead.

Hong Kong opened the second half of the game with a score of one point in the sixth end when Hong Kong skip, Ling-Yue Hung played a hit-and-stay on the lone China counter. They then went on to steal a single point in the seventh end to reduce China’s lead to 4-3.

Then in the ninth end, Jiang played a raise take-out for a score of two points to increase their lead to 6-3, before going on to win the game 8-3 and take home the bronze medals.

Afterwards, Yilun Jiang, China vice-skip said “It’s anti-climatic. It was a good win, but I wish it was yesterday. We go home tomorrow and we’ve still got lots of work to do.”

The men’s bronze medal game between Korea and New Zealand took place at the same time.

New Zealand opened the scoring in the first end, when skip, Scott Becker, drew his last stone into the four-foot for a score of two points and the early lead.

Korea – skipped by SooHyuk Kim, with third ByeongJin Jeong, second JeongJae Lee, lead DongHyeong Lee and supported by alternate Hyeonjun Hwang and coach JeHo Lee – replied in the second end with a score of one point.

In the fifth end, with the house full of stones, Becker played a precise angle-raise tap-back with his last stone to score two points and increase New Zealand’s lead to 5-2 at the break.

Korea replied in the sixth end with two points when Kim drew his last stone into the four-foot to make the score 4-5.

In the eighth end, Becker played an angle-raise tap, barely passing a guard on the way to score three points and take an 8-5 lead.

Korea responded in the ninth end with three points of their own when Kim drew his last stone to the edge of the four-foot to level the score at 8-8.

In the tenth end, after New Zealand missed a difficult runback attempt, Korea stole a single point for the 9-8 win and the bronze medals.

Afterwards, Kim said “It was a shame that we lost last night, but we had to focus on this game today. We won so we’re happy now. We still have a chance to go to the world men’s so we tried to focus on this game. It didn’t matter if we won or lost but we love having the bronze medals today.”