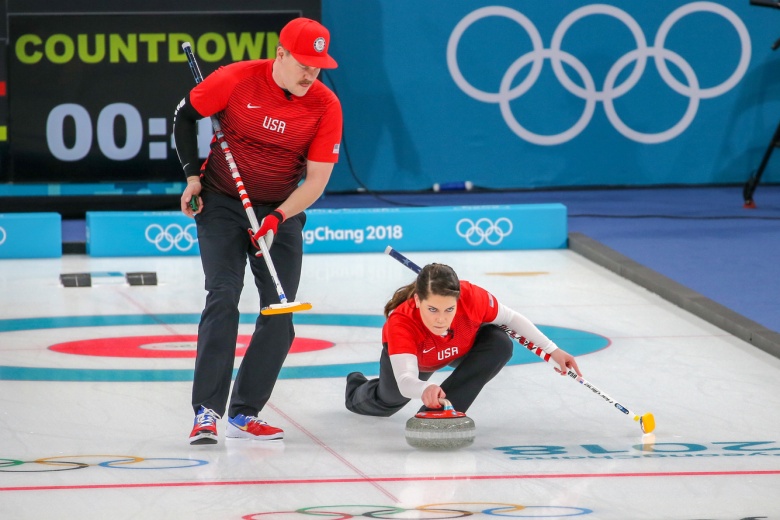 Following a successful mixed doubles event at the Olympic Winter Games PyeongChang 2018, in South Korea, an additional two teams will be added to this discipline for the Games in Beijing, China in 2022.

This takes the field from eight to ten, bringing the number of teams in line with the women’s and men’s events.

World Curling Federation President, Kate Caithness, said: “Mixed doubles had a perfect debut at the Olympics in South Korea – it was fast-paced, fun to watch and unpredictable. It is also a discipline that offers complete gender equality.

“It has always been our ambition to grow the number of teams competing at the Olympics to give all our active Member Associations a strong chance to compete on curling’s biggest stage.

“We are delighted that the International Olympic Committee have considered our proposal and have awarded us two more teams in this event.”

All the mixed doubles action from PyeongChang 2018 can be watched at, www.worldcurling.org/pyeongchang2018-replay, courtesy of the Olympic Channel.

The Olympic Winter Games Beijing 2022 will run from 4 to 20 February, with curling being held in the Ice Cube. This venue, formerly known as the Water Cube, hosted swimming at the 2008 Summer Olympic Games.

What is mixed doubles curling, www.worldcurling.org/mixed-doubles-curling

The next edition of the World Mixed Doubles Curling Championship will be held in Stavanger, Norway between 20 and 27 April 2019.