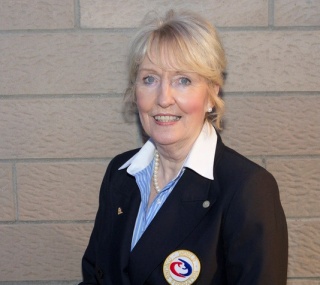 Caithness is one of 15 members included in this new IOC Commission, which is chaired by Russia’s, Alexander Zhukov, and made up of representatives from the IOC, International Federations (IFs), National Olympic Committees (NOCs) and athletes.

The Commission’s purpose is to ensure the best possible organisation of the Games and cooperation amongst its key stakeholders – the IOC, IFs, NOCs and the Local Organising Committee.

The IOC Session 2015 in Kuala Lumpur elected Beijing as host of the 2022 Olympic Winter Games.

Caithness said: “I am delighted to be appointed to the IOC’s Coordination Commission for the 2022 Olympic Winter Games. I look forward to this hands-on-role and working in the best interests of Olympic Agenda 2020 on behalf of the World Curling Federation and the other Winter International Federations.”

“The Coordination Commission under Chair Alexander Zhukov will support the Organising Committee to further develop the Games plan with a special focus on sustainability and environmental protection, in line with Olympic Agenda 2020,” IOC President Thomas Bach said when announcing the composition of the Commission.